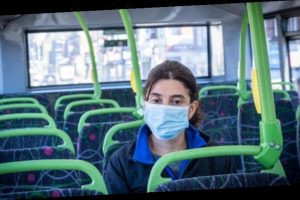 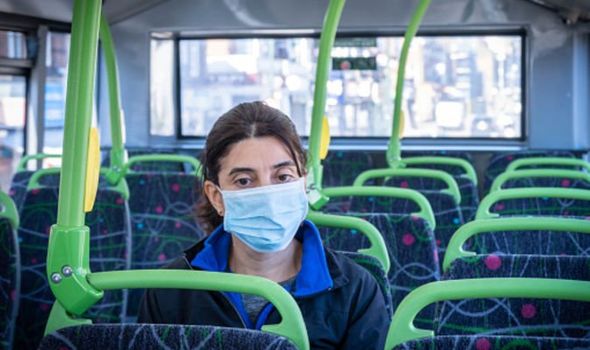 And less than half would consider donning a face covering when shopping, despite being surrounded by other people. A study of 2,000 adults found 29 percent already feel embarrassed at the thought of wearing a mask when leaving the house. Seven in 10 are prepared to don a face covering when going on public transport, but 84 percent have no intention of wearing one when out walking, while three quarters won’t consider it for meeting family or friends.

A tenth of adults even went as far as to say they will refuse to wear a face mask anywhere in public – even if it became a law introduced in the fight against the coronavirus pandemic.

And three in 10 believe wearing a mask to protect from Covid-19 is both unnecessary and over the top, while 13 percent think they are ‘pointless’.

Ashley Mealor, from Vision Direct, which carried out the research, said: “Face masks will become the norm, and users will need to find ways to make them comfortable and effective.

“They will take a bit of getting used to, as they can be uncomfortable, particularly if you are a glasses wearer, have a skin condition, or are particularly sensitive.

“Some people may just not like the feeling of being claustrophobic – there are lots of reasons why it may be difficult to get the whole of the general public to embrace mask wearing.

“But as other countries have demonstrated, this may become necessary to fight the pandemic once and for all.”

The study also found 46 percent of adults haven’t yet tried using a mask at all, despite it now being compulsory for public transport, and the norm in places like supermarkets and shops. 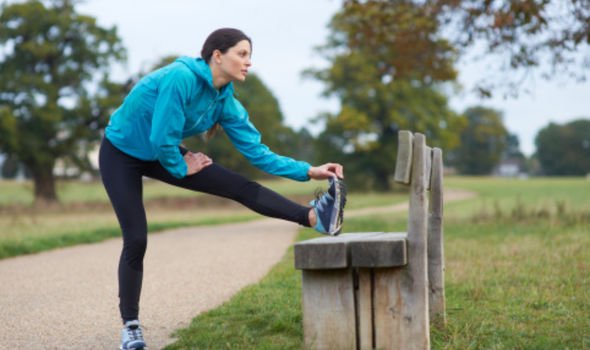 And 87 percent will refuse to wear a mask when exercising, while 84 percent would ditch it for a date.

More than a third of adults won’t even consider donning a face covering when visiting the doctor or hospital – despite the increased chances of infection.

Just under half of adults won’t have a mask in a taxi and 77 percent would go without at a friend’s house.

Brits are resistant to mask wearing because they say it will be hard to eat and drink (26 percent), too hot (35 percent) and may make them feel anxious (13 percent).

Communication is also a very big issue for some, with 17 percent worried about others understanding them if their mouth is covered and 14 percent claiming it would be too hard for people to read their facial expressions.

More than half of those polled, via OnePoll, don’t like the idea of others not seeing their smile, and 51 percent don’t think they’ll be able to talk to others properly.

Even things like flirting or looking attractive to others are a concern for more than one quarter of adults.

Other mask-wearing grumbles include the fact they can look silly (10 percent), they’re hard to breath in (33 percent), and they feel uncomfortable (30 percent)

Interestingly, those respondents with prescriptive eyewear are four times as likely to refuse to wear a face mask, than those without corrective eyewear.

And three in 10 glasses wearers say one of the key reasons they will avoid a face covering is because they’re worried their specs will fog up.

In conjunction with the findings, Vision Direct have launched a quiz to illustrate just how tricky it can be to view everyday things with fogged up glasses – to participate visit https://www.visiondirect.co.uk/face-masks-new-normal-quiz

Ashley Mealor added: “There are many reasons why people may be reluctant to give masks a go, whether that’s having glasses steam up, or not liking the feeling that it is difficult to communicate.

“The reality is that wearing a mask will limit the facial expressions other people will see – couple that with wearing glasses too, and those people may really struggle to connect with others effectively.

“You learn so much from a person from seeing their mouth, nose and eyes – if all of these are covered, it could affect how you respond to them.

“So it is understandable why glasses wearers in particular could be averse to taking these steps to protect themselves and others.”