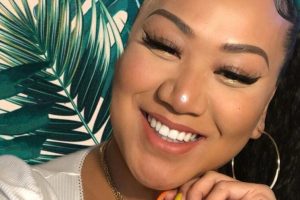 The number of check marks on the list is testimony to the fullness of her short life. Ms. Karma, a Vietnamese-German rapper and reality television star, died on Nov. 29 in Hamburg, where she was born and where she lived. She was 29. The cause was complications of Covid-19, her agent said.

Ms. Karma was first noticed several years ago when a Vietnamese-language Facebook post in which she gently mocked her mother went viral, garnering more than a million clicks. She quickly acquired a Vietnamese following by candidly describing her life in Germany and speaking out against body shaming. She soon added a YouTube channel and an Instagram account. Two years ago she started a TikTok account with her fiancé, Eugene Osei Henebeng, who goes by the name Manu.

Ms. Karma used her YouTube channel to communicate with her many Vietnamese followers, while on TikTok she would generally speak to her German fans. In the many videos she posted on those channels, as well as on Instagram and Facebook, she told stories, made irreverent jokes or — during this year’s lockdowns — just danced around the house with Manu.

“Self-confidence is my superpower,” she said in one of her TikTok videos.

A music video filmed in Hamburg and released last year embodied many elements of Ms. Karma’s appeal: She dances with her sister and friends and raps in Vietnamese about positive self-image in a song whose title roughly translates as “Confidence.”

The video has been viewed more than 3.7 million times.

She also appeared on German television as a commentator on a reality show about parenting. In Vietnam she was featured in that country’s version of “The Bachelor.”

“She was so generous, almost to a fault,” said Charila Tchagnaou, a friend who frequently appeared in Ms. Karma’s videos and who was her co-commentator on reality TV. “If she had a hundred euros, and they were her last hundred euros, she’d take us all out to dinner and make sure we all had plenty to eat.”

After falling ill with Covid in November, Ms. Karma posted a selfie on Instagram in which she wears what appears to to be an oxygen mask. “Corona should be taken more seriously,” she wrote.

Ms. Karma was born Phuong-Linh Nguyen in Hamburg on March 22, 1991. Her mother was Lu Nguyen Tran; her father was Lee Tran. She grew up in a middle-class neighborhood, not far from the harbor, that was completely rebuilt after World War II and worked odd jobs in high school to help support her family, she said in a TikTok post.

After high school she studied hip-hop dance and worked in restaurants, holding as many as three jobs at a time. She briefly ran her own Asian restaurant before handing it to her mother.

Ms. Karma kept ties with Vietnam. She traveled there every few years, and more frequently once she started to gain notice on social media and to receive job offers there, including roles in music videos. She performed with the singer and rapper Bao Anh on some of Vietnam’s largest stages.

She is survived by her parents and two younger siblings, Marc and Nicole.

In a TikTok video shot during the early days of Germany’s November lockdown, Ms. Karma talks to her followers about self-confidence while eating a bowl of boiled prawns.

Let even your haters see you, she advises: “Watch how I enjoy my life.”

END_OF_DOCUMENT_TOKEN_TO_BE_REPLACED

END_OF_DOCUMENT_TOKEN_TO_BE_REPLACED
We and our partners use cookies on this site to improve our service, perform analytics, personalize advertising, measure advertising performance, and remember website preferences.Ok