Brooklyn Beckham’s impressive net worth as he marries Nicola Peltz 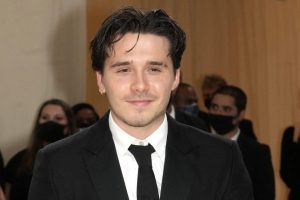 He's the eldest child of one of the most famous couples on the planet, so it comes as no surprise that Brooklyn Beckham boasts an impressive fortune.

The 23 year old has tried his hand at a variety of things over the years including photography and modelling, and he's now carving out a career as a celebrity chef.

His parents, former footballer David, 46, and fashion designer Victoria, 47, boast a combined net worth of around £380 million, thanks to both of their successful careers.

Brooklyn is also thought to be worth millions, and his highly-anticipated wedding to actress Nicola Peltz, 27, could see his fortune increase – though the couple has reportedly signed a watertight pre-nup.

Let's take a look into Brooklyn's net worth…

What is Brooklyn Beckham's net worth?

According to Celebrity Net Worth, Brooklyn has an estimated net worth of £7.6 million, having started working when he was a teenager.

However, he's been modelling since he was a child, and as he got older he bagged some huge opportunities in the modelling world.

Brooklyn's first major campaign came in 2015 when he worked with Polish label Reserved and soon after, the jobs came rolling in.

He starred in many editorials, covering the likes of Man About Town, Dazed, Miss Vogue and Rollacoaster magazines.

In 2016, he became the face of high street store Pull&Bear, before going on to grace the covers of Vogue China, L’Uomo Vogue, and Interview.

During that same year, Brooklyn decided to turn his hand to photography, and his first professional booking was impressive to say the least.

At just 16 years old, Brooklyn photographed a campaign for Burberry BRIT, which starred models such as Ben Rees, Carvell Conduah, and Eliza Thomas.

The booking was met with heavy criticism from fellow photographers, with Chris Floyd calling the decision to employ Brooklyn a "devaluation of photography" and "sheer nepotism".

Brooklyn continued to pursue his passion, and in 2017 he announced that he was heading to New York to study for a degree in photography at Parsons School of Design. After studying for less than a year, his first photography book, titled What I See, was published in June 2017. Brooklyn eventually returned to London and opted to take on an internship instead of continuing his studies, working for renowed photographer Rankin in 2019.

Alongside photography and modelling, Brooklyn has raked in thousands thanks to advertising campaigns and sponsorship deals.

In 2016, he landed a £100 million deal with a Chinese mobile phone brand, becoming a brand ambassador for the company. He's since gone on to land deals with numerous other brands, completing ads for them on social media.

In 2021, it was revealed that he had bagged a £1 million deal with clothing brand Superdry, and has since starred in campaigns for the retailer and opened its flagship store on Oxford Street.

That same year, Brooklyn revealed that he was pursuing a career as a professional chef, and quickly began showcasing his culinary skills online.

The 23 year old started creating online video series, Cookin' With Brooklyn, and has gone on to work with a handful of celebrity chefs.

Most recently, he starred on The Late Late Show with James Corden, where he and host James cooked a meal together.

For all the latest gossip and news about Brooklyn Beckham and Nicola Peltz, sign up to our daily newsletter here.