Cleveland Browns quarterback Baker Mayfield said he plans to kneel during the national anthem during the coming NFL season in support of the Black Lives Matter movement.

And he told off a fan who assumed he wouldn’t. 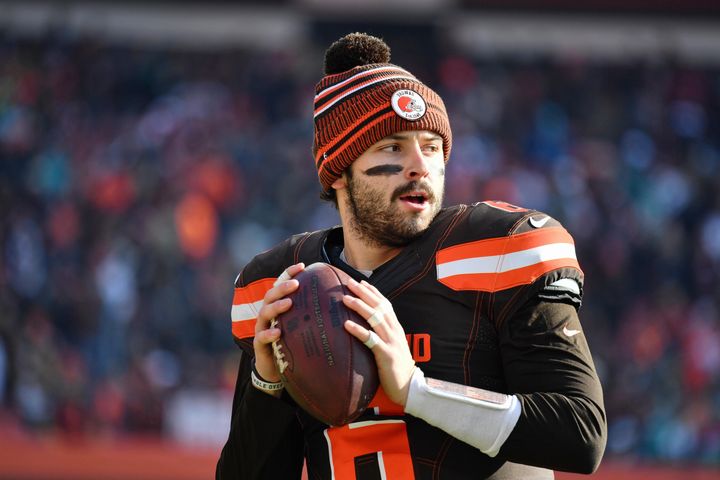 On Instagram, the fan asked Mayfield to tell Browns supporters that he wouldn’t join in the kneeling protests.

“Pull your head out,” Mayfield wrote back. “I absolutely am.”

ESPN’s Adam Schefter shared a screengrab of the exchange:

“Everybody so upset about my comment doesn’t understand the reason behind kneeling in the first place,” Mayfield later said in a statement cited by The Associated Press, adding he has “utmost respect” for the military and police.

“It’s about equality and everybody being treated the same because we are all human. It’s been ignored for too long and that it my fault as well for not becoming more educated and staying silent,” Mayfield said. “If I lose fans, that’s OK. I’ve always spoken my mind. And that’s from the heart.”

Earlier this month, the NFL said it was wrong to ban kneeling in 2018 and would allow it this season.

“We, the NFL, admit we were wrong for not listening to NFL players earlier and encourage all to speak out and peacefully protest,” NFL Commissioner Roger Goodell said. “We, the NFL, believe Black lives matter.”

Colin Kaepernick, then with the San Francisco 49ers, began kneeling during the anthem in silent protest of police brutality against Black people in 2016. When more players followed suit, President Donald Trump called them “sons of bitches” and said they should be fired for it.

Trump also said he won’t watch the NFL this year if players are allowed to kneel in protest during the anthem.