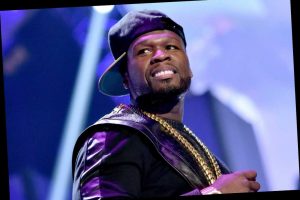 Following a packed Super Bowl bash headlined by 50 Cent in St Petersberg, Fla., last weekend, Sky Addict Aviation — which hosted the party in its rented hangar at Albert Whitted Airport — is being booted by city officials with the owner claiming it’s a “crisis” for his business.

Photos of the party held last weekend showed a massive crowd with little social distancing or mask wearing. Mayor Rick Kriseman tweeted of the bash, “It’s not safe or smart. It’s stupid. We’re going to take a very close look at this, and it may end up costing someone a lot more than 50 cent.”

It wound up costing Abraham Tray, owner of the aviation repair company, his lease.

Tray told Page Six in a statement that his business will suffer and, “We are in a situation that pointing fingers and making one person the scapegoat wouldn’t make a difference.”

He insisted the brand is “not the corporate business” it has been made out to be, but just, “me, a father that needs to support a child, and one dedicated full-time employee.”

Tray said a friend asked to use his space and told him there would be safety protocols. “I was assured all permissions and health protocols would be met, and that safety measures would be in place,” Tray said. “Signs describing proper mask etiquette were abundant. There was also a safety team, going around all evening long, telling people to put on masks and keep distance from each other… these measures were ignored by some people attending the event.”

He also said, “My business is now facing a crisis. An additional one, on the top of the global crisis that we are all facing for nearly a year already.”

They have been given 180 days to leave.

Kriseman’s spokesman Ben Kirby told the Tampa Bay Times that the mayor terminated the lease because hosting a concert is outside the scope of what the space is meant for, and the company didn’t file the required COVID-19 safety plan.