Home » Lifestyle » Californians are most likely to move to these 4 states next, UBS says 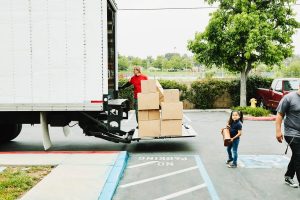 As the coronavirus pandemic rages on, there's been a movement of people away from historically expensive and dense coastal cities, per a UBS report on the residential real estate market.

However, this isn't a new trend. In fact, Realtor.com's Senior Economist George Ratiu told Business Insider back in May that millennials ditching expensive cities for secondary markets has been a trend for years, the pandemic has just accelerated it.

In the UBS report, analysts looked at California, one of the most expensive states in the country, to find out how many people have left over the past decade, and where they have been going. According to the report, four states led the way, attracting more than one million California residents from 2010 to 2018.

"We believe there are a number of contributing factors to this, including economics — there are states that have significantly lower costs of living in terms of real estate costs and taxes; have better climates; are more business- and regulatory-friendly; and have better fiscal outlooks," the report reads.

"Interstate migration is by no means a new phenomenon, but it is likely to pick up steam as a result of COVID-19," the report said.

According to a recent report by Redfin, 27.4% of users were looking to move to another metro area in the second quarter of the year, a record percentage.

"The factors driving a surge in overall homebuyer demand — low mortgage rates and changes in what people are looking for in a home — are lighting a fire in people who were already considering a move to a different area," Redfin's economist Taylor Marr was quoted saying in the report.

California's loss could be Arizona and Colorado's gain.

END_OF_DOCUMENT_TOKEN_TO_BE_REPLACED

END_OF_DOCUMENT_TOKEN_TO_BE_REPLACED
We and our partners use cookies on this site to improve our service, perform analytics, personalize advertising, measure advertising performance, and remember website preferences.Ok