George, Charlotte and Louis didn’t meet their cousin Archie for TWO MONTHS and were first introduced to him at a charity polo match, royal expert claims

Prince George, Princess Charlotte and Prince Louis met their cousin Archie for the first time as their fathers competed in a charity polo match, it has emerged.

‘It was interesting actually, that polo match, because it was the first time that Charlotte and George had actually met Archie,’ she said. 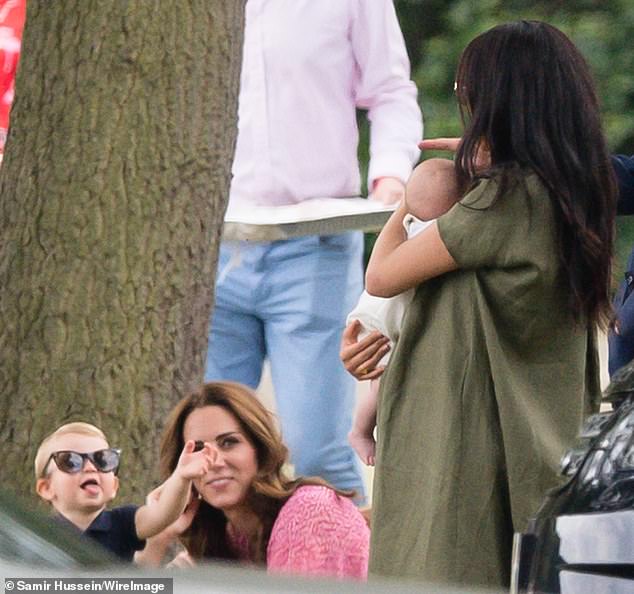 Prince Louis appeared particularly playful meeting his cousin for the first time, blowing the two-month-old a kiss when they were introduced at the Billingbear Polo Club in Berkshire in early July 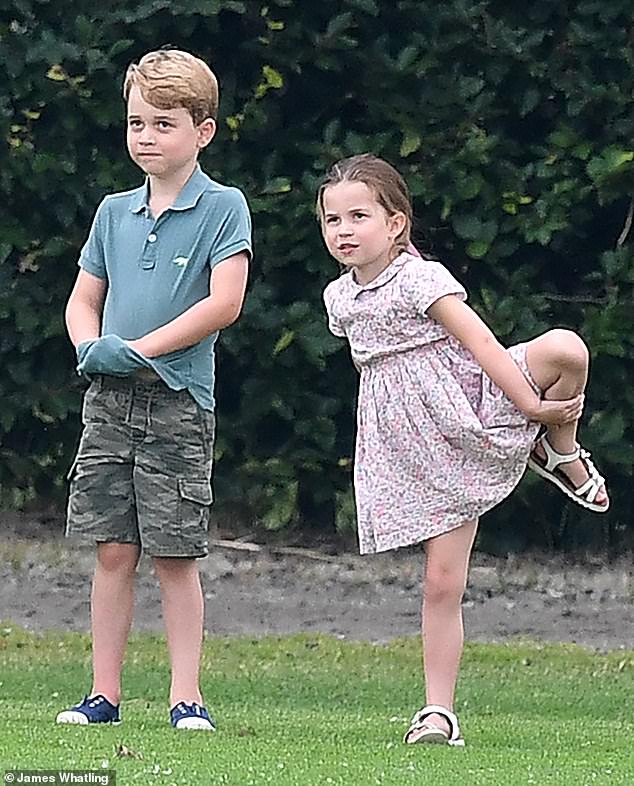 Prince George, 6, and Princess Charlotte, 4, met their cousin Archie for the first time as their father’s played head-to-head in a charity polo match

Emily Andrews explained: ‘They hadn’t actually met him for two months, so that polo match was lovely.’

While the charity polo match was the first time the Cambridge children met their cousin, Prince William and Kate are believed to have visited Frogmore Cottage eight days after he was born.

She added: ‘Yes Kate and Will had been there to see Archie at Frogmore Cottage, but they hadn’t taken their children with them. So that was the moment at the polo match where all three of the Cambridge kids got to meet Archie.’

Archie’s grandfather Prince Charles and his wife Camilla were also not believed to have met the baby for several weeks. 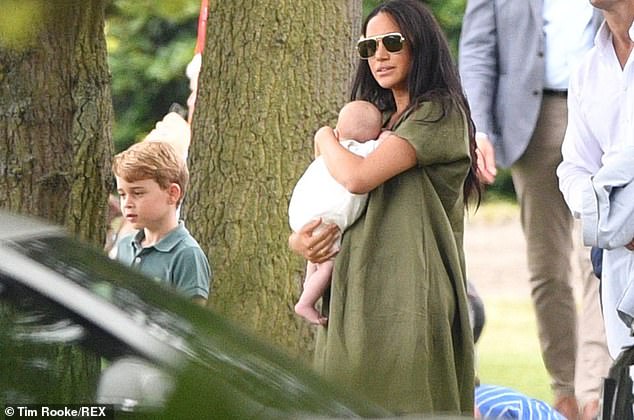 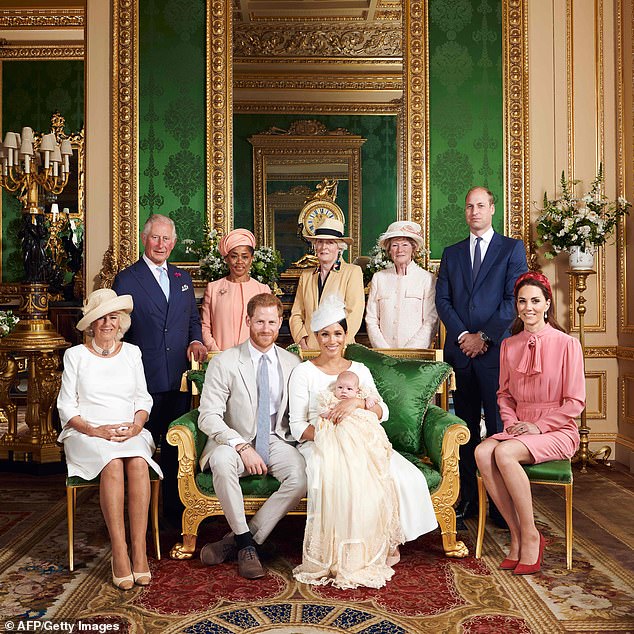 Prince George, Princess Charlotte and Prince George did not attend baby Archie’s private christening earlier this month (pictured the Duke and Duchess of Sussex with their guests at the event)

And while the Duke and Duchess of Cambridge were invited to Archie’s private christening at the beginning of the month, their three children didn’t attend.

The two families were united for the first time to watch Prince Harry and Prince William play in a charity polo match earlier this month.

Prince George appeared watchful over his baby cousin, hovering near new-mother Meghan who held the sleeping Archie close during the match.

And a playful Prince Louis made his mother and aunt laugh when he appeared to blow a kiss to the newborn baby.

Meanwhile Princess Charlotte’s first meeting with baby Archie wasn’t captured on camera, with the youngster seen chasing a football around a field during the event.

END_OF_DOCUMENT_TOKEN_TO_BE_REPLACED

END_OF_DOCUMENT_TOKEN_TO_BE_REPLACED
We and our partners use cookies on this site to improve our service, perform analytics, personalize advertising, measure advertising performance, and remember website preferences.Ok