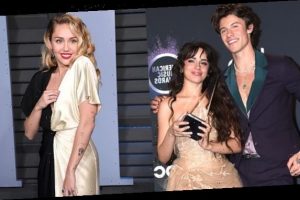 Miley Cyrus made heads turn when she asked Camila Cabello and Shawn Mendes to ‘have a three way’ after the couple shared a cover of her hit, ‘The Climb’. And, Camila’s reaction was priceless!

Miley Cyrus asked Shawn Mendes and Camila Cabello to have a “three way” and now the internet is patiently waiting for the couple to reply. Until then, HollywoodLife has exclusively learned that “Camila thought Miley’s comment on Shawn’s TikTok of their [“The Climb] cover was epic. Camila and Shawn love ‘The Climb’ and they were kind of just playing around with some sounds when Shawn started recording the video,” the Camila source explained, adding, “They loved how it turned out so he posted it. But, they didn’t expect Miley to respond like she did and Camila thought it was hysterical.”

While Miley, who’s widely known to speak her mind about everything and anything, could have meant a three way duet between the singers, many fans used their imagination on social media. She quickly elaborated on her “three way” request with a followup comment: “A three part harmony obviously Shawn. You filthy animal.”

Speaking of a possible duet between the trio, the source revealed that “Camila would definitely be up for something like that.” The latter wouldn’t be a farfetched idea since Shawn and Miley have already shared the stage at the 2019 Grammys. The pair performed a rendition of his hit song, “In My Blood,” which received rave reviews from critics and fans alike. 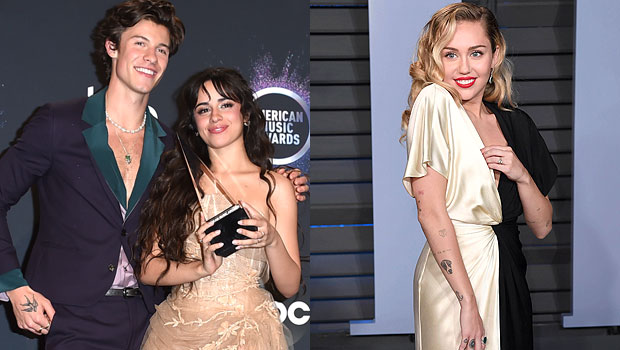 While the world awaits a hopeful Shawn-Camila-Miley collaboration, there’s plenty of music to look forward to as 2021 approaches. Miley’s been hard at work promoting her new Plastic Hearts album, the singer’s seventh studio album, which released in late November. Meanwhile, Shawn and Camila, who are currently looking for a home together in Miami, have been working on music while hunkered down in Florida — where they quarantined together at her parents home throughout the COVID-19 pandemic.

END_OF_DOCUMENT_TOKEN_TO_BE_REPLACED

END_OF_DOCUMENT_TOKEN_TO_BE_REPLACED
We and our partners use cookies on this site to improve our service, perform analytics, personalize advertising, measure advertising performance, and remember website preferences.Ok