Home » Lifestyle » Can pregnancy REALLY change your face? Cheryl claims it can

Can pregnancy REALLY change your face? Cheryl claims it can

Can pregnancy REALLY change your face? Cheryl claims its behind her radical new look and scientists say she might just be right – with nose shape, hair colour and freckles among the features which can be altered …permanently!

The twice-divorced mum-of-one, 35, has largely shunned the spotlight since having her son, Bear, last March, and separating from his father, One Direction star Liam Payne, this summer.

But she left fans baffled and concerned by her drastically altered appearance — her cheekbones rounder, her jawline squarer. 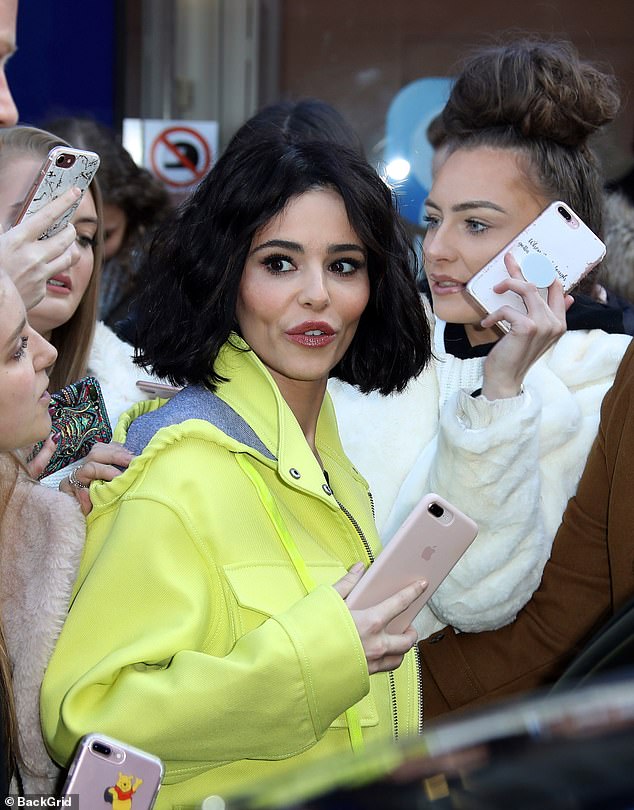 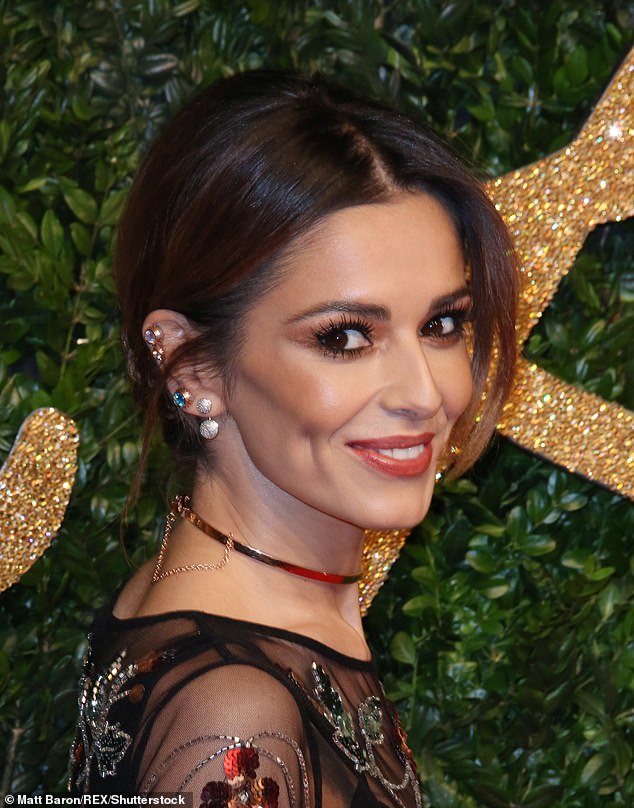 The transformation left some querying whether cosmetic surgery — specifically an over-zealous use of fillers — had contributed to her changing features.

‘Why has Cheryl destroyed her face?’ asked one fan on Twitter. An (unnamed) plastic surgeon suggested cheek and lip fillers, as well as Botox, might be behind her new look.

Meanwhile, Cheryl took to social media to defend her appearance, saying lack of sleep had simply left her with a ‘pillow crease’ on her cheek.

In a subsequent interview she elaborated, claiming her face had ‘completely changed’ since having her son.

‘My whole body, even my face, everything’s changed since Bear was born,’ she added. ‘You’re looking at a completely different person.’ 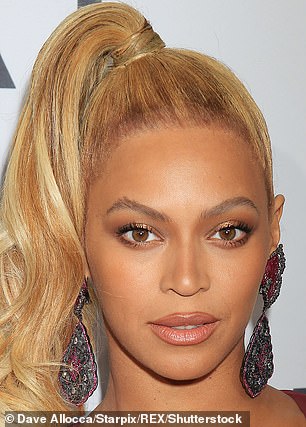 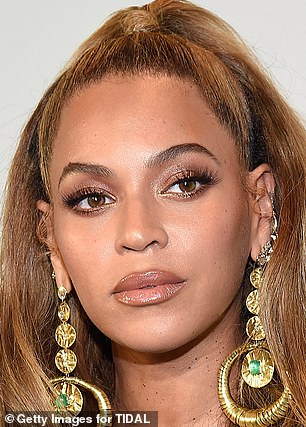 Beyonce: In 2015 she had an angular jawline. After the birth of her twins, the singer’s jaw looks squarer and her face fuller, right 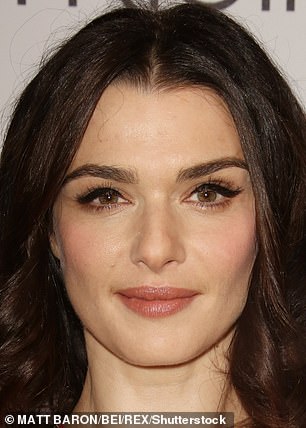 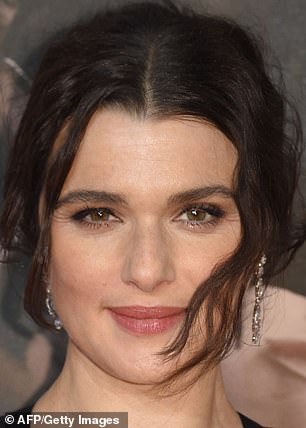 Rachel Weisz: After the birth of her daughter, at the age of 48, the actress’s face looks softer and her eyes puffier, right

It’s a bizarre claim. Can a woman’s appearance be altered that dramatically by pregnancy? And more poignantly, seeing as Cheryl gave birth 19 months ago, are these changes permanent?

Surprisingly, the answer is a resounding and scientific ‘yes’.

While changes to the body are a well-known part of pregnancy, facial transformation is much less discussed, but no less common, and can affect everything from nose shape to hair colour and the prominence of freckles. Crucially, some affect women permanently.

The most noticeable change is in the size and shape of the face itself, as seen with Cheryl.

Before pregnancy, she had a heart-shaped face, pointed jawbone and contoured cheekbones.

During pregnancy her face filled out and her cheekbones started disappearing, while her cheeks were plumped up and her dimples dramatically softened. Her lips also look fuller.

Midwives say these changes are down to fluid retention, which plays a large part in a woman’s appearance during pregnancy.

Caused by the release of hormones, particularly oestrogen, it results in water being stored all over the body, from the hands and feet to the cheeks.

‘There is also increased blood flow to the capillaries, which means mums-to-be can appear flushed and rosier with fuller cheeks,’ explains Dede Efueye, midwife at leading provider Private Midwives.

This may account, too, for a broader neck during the latter stages of her pregnancy.

Initially, the impact of all this may make a woman look younger, but it’s likely to have the opposite effect after birth, resulting in hollowed-out cheeks and a gaunt visage when the water dissipates. 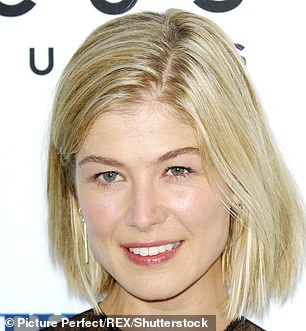 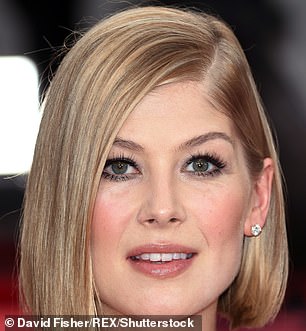 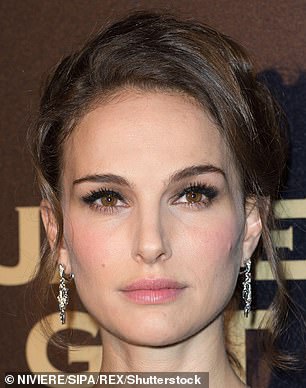 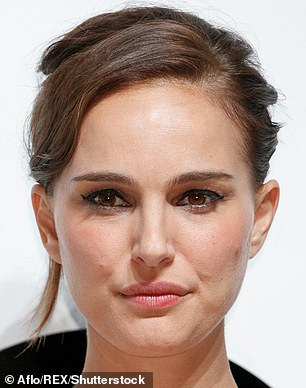 Natalie Portman: The Star Wars and Black Swan beauty’s face is noticeably rounder, right, after the birth of her daughter

Cheryl also blames her changed appearance on pigmentation, known as melasma or the ‘mask of pregnancy’, which causes brown patches around the mouth and eyes.

‘I have dark circles and the pigmentation from pregnancy takes a long time to fade,’ she said recently, though she always wears make-up that covers any marks.

These are caused by an increase in melanin, the chemical that colours the skin and hair, and although they usually fade after birth, some women may suffer dark patches for years.

‘This is to protect the skin against UV light,’ explains Dede. ‘It can lead to freckles, moles and beauty spots becoming more prominent and darker.’

But there are certain pregnancy-related changes even A-list make-up artists can’t conceal.

Having a baby can affect the eyes, with some women reporting abnormally puffy eyelids (due to water retention) and even a change in colour (due to hormones affecting the thickness and curvature of the cornea, which can cause the iris to look paler or darker).

It usually goes away after several months though women are sometimes left with weaker muscles on one side.

Another side-effect of pregnancy is thinning eyebrows and eyelashes. This can be down to nutrient deficiency or an overactive thyroid, caused by fluctuating oestrogen, which causes the hairs to become brittle and fall out.

Thankfully, the opposite is true of the hair on the head: most pregnant women enjoy nine months of thick, shiny, lustrous locks.

‘Pregnancy hormones mean that hair grows faster and sheds less, so hair tends to look and feel fuller,’ explains Dede. ‘It can also change in consistency and become oilier, giving it a sheen.’

Hair can also appear darker — a common side-effect of all that melanin, which can turn natural blondes to brunettes, sometimes permanently.

After birth, however, many new mums find their hair starts thinning and falling out — a condition called ‘telogen effluvium’, caused by plummeting hormone levels.

Cheryl has admitted taking supplements to counteract ‘a bit of hair loss’, and this may account for her new cropped look. One sign of thinning hair is a halo of fine ‘baby hairs’ around the parting, a common development in new mums.

One of the stranger transformations experienced in pregnancy is a bigger nose. ‘Water retention in the third trimester can mean that the nose appears more swollen,’ says Dede.

‘Higher oestrogen hormone levels also mean that there is increased blood flow to the mucous membranes in the nose, making it slightly larger.’

Finally, there’s the mouth. Several pregnant celebrities — including Beyonce and reality star Kim Kardashian — have been criticised for apparently having lip fillers during pregnancy, while insisting that they’re simply suffering from swelling.

But experts, such as Dr Jodie Silleri, a GP and cosmetic physician, say this is a genuine pregnancy phenomenon. ‘Most commonly we retain fluid in the legs, ankles and feet, but we can also retain it in the hands and face,’ she says.

‘As a doctor, I see women who are pregnant with swollen lips.’

There is a further mouth issue when you’re expecting: gums recede during pregnancy, making teeth appear longer and more prominent.

‘Around 50 per cent of women experience mild gingivitis during their pregnancy, causing their gums to become inflamed and bleed,’ says celebrity dentist Dr Richard Marques.

With all this to contend with, it’s no wonder new mums never look quite the same as before.

But Cheryl, like the rest of them, insists she no longer cares.

‘I feel like I’m better than who I was,’ she says.

Other strange side effects of expecting…

SWELLING FEET: Some women, such as TV presenter Denise van Outen, claim their feet go up a size during pregnancy and never go back.

After giving birth to daughter Betsy in 2010, Denise, 44, said her feet swelled from a size five to a six — meaning she had to give away all her designer heels. This is due to the presence of the hormone relaxin, which can cause the feet to spread out.

SHRINKING BRAIN: You’ve heard of ‘baby brain’, but scientists say it’s a real phenomenon, which can permanently affect how women think and react. A 2017 study found that the brain gets smaller and more efficient during pregnancy, as it prepares to form bonds during motherhood.

Other women report a change in personality and memory loss.

LOWER VOICE: Hormones can change the pitch of women’s voices. The increase in oestrogen and progesterone may cause the vocal cords to swell, as well as affecting lung capacity and muscle control, causing voices to move to a lower pitch — and stay there.

CHANGING TASTES: Many women report a transformation in tastebuds, not just during pregnancy but afterwards, with some developing a fondness for foods they previously hated, and vice versa.

Some also report food intolerances, as well as a stronger sense of smell.

These are all due to fluctuating hormones.

STANDING TALLER: It’s common for women to grow a few centimetres. This is thought to be due to the presence of relaxin.

As the pelvis stretches during birth, it’s thought it might twist, stretching the ligaments between the hip joint and the rest of the skeleton.