Home » Lifestyle » Can you handle watching THE scariest movie of all time?

Can you handle watching THE scariest movie of all time?

Do you dare to watch them all? Movie fans rank the scariest horror films of all time – and crown The Exorcist as the most terrifying, 45 YEARS after it was first released

Going out on Halloween night isn’t everyone’s cup of tea.

The idea of walking door-to-door collecting candy, dressing up in a scary costume or gathering around a bonfire for the night can be enough to make you feel like staying in, getting cozy on the couch and watching a great movie.

And for anyone thinking of doing just that, you’re in luck, because the best horror movies of all time have been revealed. 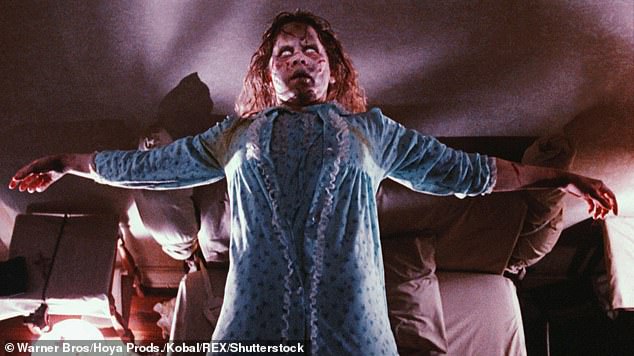 A total of 2,000 Americans were surveyed to determine which horror movies are the scariest of them all, and the Exorcist (1973) came in first place 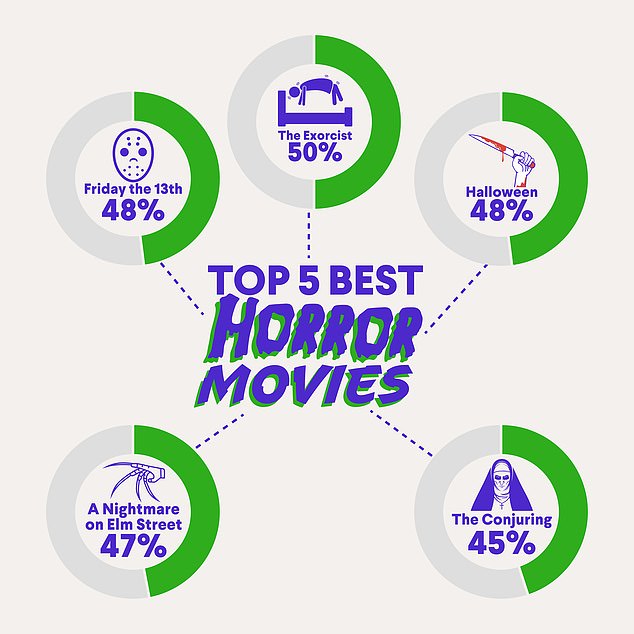 Golden oldies: The Exorcist was very closely followed by Halloween and Friday the 13th

A total of 2,000 Americans were asked to pick what they thought was the best horror movie of all time, and they put The Exorcist in first place.

The movie follows the journey of a young girl possessed by a mysterious entity, and proved so popular that it was later developed into a TV series in 2016.

The second and third place prizes were awarded to Halloween and the all time classic Friday the 13th respectively.

Since its release in 1978, Halloween has had ten sequential movies follow it. The most recent in the Halloween collection was released in September earlier this year.

Similarly, Friday the 13th has seen eleven more movies follow in its place, with the most recent in the horror series, Freddy vs. Jason vs. Ash released in 2011.

A Nightmare on Elm Street and the Conjuring also crept up into the top five.

When it came to choosing the best horror villains of all time, Freddy Krueger from A Nightmare on Elm Street was awarded the top spot. 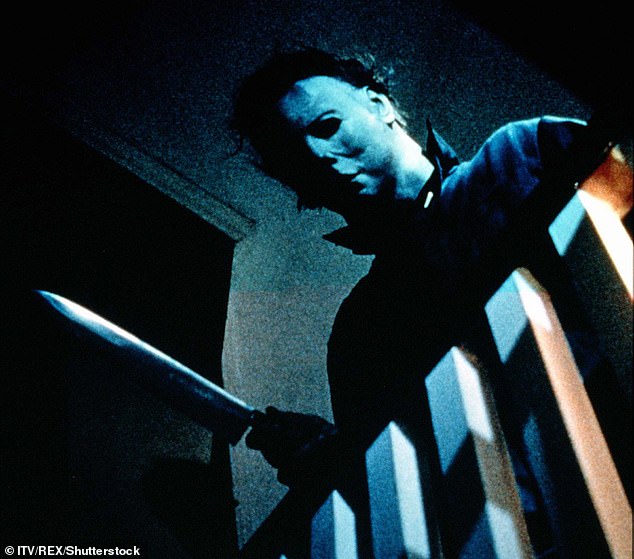 Gruesome: Halloween (1978) tells the story of a killer who is released from prison 15 years after murdering his sister, ready to kill again 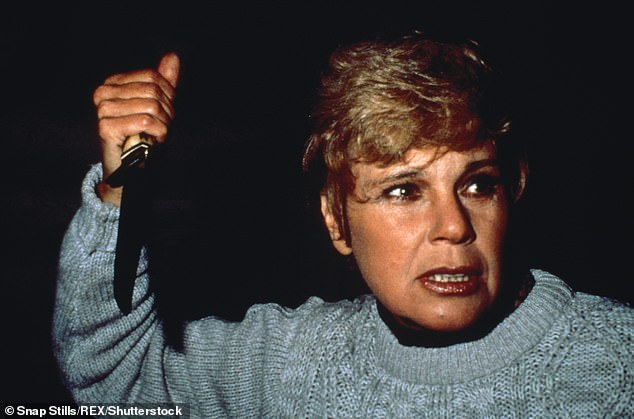 The 10 best horror movies of all time

Another finding of the survey revealed that, on average, people start to get nervous just thirteen minutes into watching a scary movie, and that for many, watching a horror film is more of a chore than anything.

Jenny Readio, Sr. Director, Merchandising & Licensing for Vudu, said: ‘Scary movies are great, but they aren’t for everyone.’

‘That’s why Vudu tries to highlight great films that appeal to wider audiences and tolerances.’

She added: ‘Halloween is as fun or scary as you make it, so we offer a range of movies, from kid-friendly to classic slasher, so movie fans can find just the right amount of scare to sit through.’ 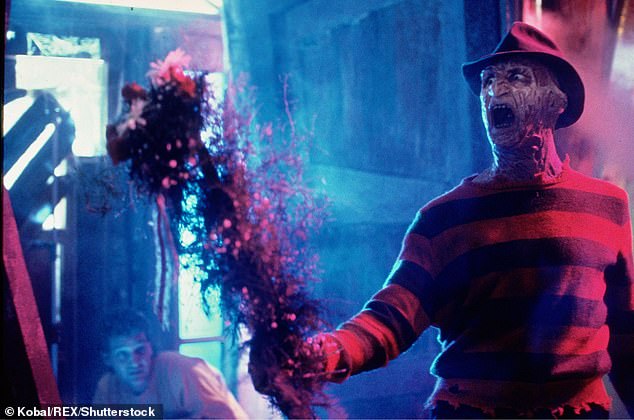 A Nightmare on Elm Street (1984) follows a group of friends who are tormented by killer Freddy Krueger in their dreams. The all time classic also has a number of sequels 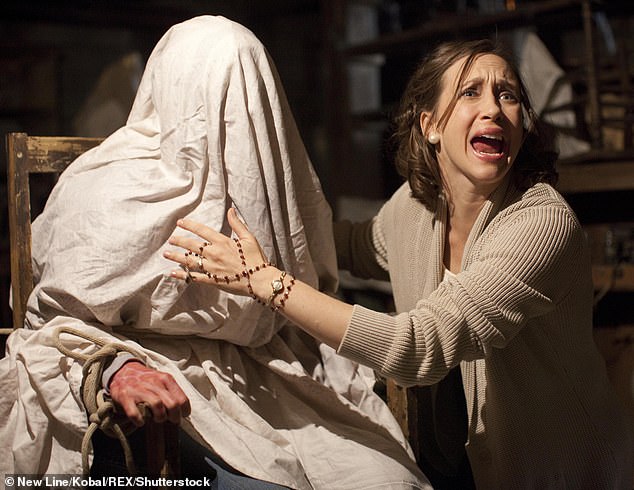 Supernatural: The most modern of the lot, The Conjuring, which was released in 2013, was given the fifth spot on the list of the scariest movies of all time

4. Hannibal Lecter (Silence of the Lambs)

6. Pennywise the Clown (IT)

Additionally, despite most popular horror movies having been remade years later, the survey revealed that horror movie fans are not too fond of remakes.

One question asked respondents to choose what they preferred – the remake of a classic scary movie or the original.

When the results came in, it was revealed that you can’t beat an old classic, as not one remake was victorious.

The highest scoring remakes were Texas Chainsaw Massacre and The Ring, which  both scored the votes of just 21 per cent of those surveyed.

A total of 31 per cent said they are still frightened by characters who scared them as children, with some even developing fears that have continued into adulthood.

And the overall biggest fear? Clowns!

Thanks for that, Pennywise…