Home » Lifestyle » Cannes Has Record Number of Female Filmmakers, But Lots of Ground to Make Up 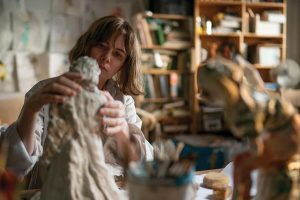 Facing public pressure and mounting outrage over the lack of female representation among the filmmakers it chooses to celebrate, this year’s Cannes Film Festival is making efforts to diversify beyond the cavalcade of many of the same male auteurs. Instead, there will be a record number of women directors in competition.

Now the bad news. That record is a paltry five female filmmakers, out of 21 films overall, representing less than a quarter of all movies vying for Cannes’ top prize, the Palme d’Or. The dearth of women in the lineup puts pressure on the handful of female directors who were tapped to premiere their films in the South of France.

“Because there are so few women in competition, we feel a lot of pressure, as if we had to be symbols,” admits Léonor Serraille, the director of “Mother and Son.” “We ask ourselves a lot of questions. But the issue is that I don’t want to be only described as a female director.”

Moreover that kind of reductive analysis tends to overshadow the diverse range of projects being offered up by the five women in competition – a group that also includes Kelly Reichardt (“Showing Up”), Claire Denis (“The Stars at Noon”), Valeria Bruni Tedeschi (“The Almond Tree”), and Charlotte Vandermeersch, the co-director of “Le Otto Montagne.” And the universal themes that they explore. Denis’ latest, a thriller set during the Nicaraguan Revolution, seems dramatically removed from Bruni Tedeschi’s look at a group of young actors on the cusp of their careers. And Reichardt’s latest neorealist drama also functions as a meditation on the art of creation. It follows a sculptor in Portland, Oregon as she tries to balance financial and familial pressures, while carving out time to prepare for an exhibition.

“The interest was in the day-to-day life of making work and work that might not even get seen,” Reichardt told Variety for a recent cover story on Williams. “Maybe you have that desire or need or maybe compulsion to make things, but how do you work all the things in your life around that? It’s never an equal playing field. Some people have great advantages to set up their life to make art, some people have fewer advantages to do that. And there’s a lot of people who make art, who are in their own way a lot of the time.”

Reichardt was primarily talking about the personal and socio-economic lift that some people get to enjoy in life, but there are structural challenges that are difficult to overcome. Studies have shown that even those women who are able to get their movies into major festivals struggle to get the financial backing they need for their subsequent films and thus take longer to producer follow-up features. And when they do get the chance to pitch their movies to financiers or studio chiefs, the faces that stare across at them disproportionately belong to men.

In the case of Cannes, female filmmakers are more amply represented beyond the select few that are eligible for the Palme. Parallel non-competitive Cannes Critics’ Week and Directors’ Fortnight selections or Un Certain Regard include the likes of Agnieszka Smoczyńska (“Silent Twins”), Charlotte Le Bon (“Falcon Lake”), Mia Hansen-Løve (“One Fine Morning”) and Alice Winocour (“Paris Memories”). However, Cannes has long struggled to come close to achieving gender parity in the films it showcases and its track record pales in comparison to other major festivals such as Toronto and Sundance.

But Cannes doesn’t seem to want to hear the criticism. During the press conference with journalists on Monday, festival director Thierry Frémaux said it was inaccurate to describe the presence of female directors as insufficient. Instead, he argued that since directing has historically been dominated by men, it has been difficult to increase representation behind-the-camera. He noted that according to UNESCO, a decade ago, only 7% of directors in the word were female. Though things are improving, he argued it varies greatly from region to region. He said journalists should instead point out that female directors represent two out of the three French films in competition: French-Italian helmer Valeria Bruni-Tedeschi’s “Les Amandiers” and Claire Denis’ “Stars at Noon.”

“That’s because France is a country where there are a lot of female directors,” he said.

The gender of the person behind the camera can impact what makes it to the screen. Le Bon, a Quebec-born actor, is making her directorial debut with “Falcon Lake.” And she says she felt compelled to step behind the camera after becoming frustrated with the way female characters are portrayed in films. “I just got fed up with the female roles I was seeing that seemed so clichéd,” said Le Bon.

When she adapted “Falcon Lake” from Bastien Vivès’s graphic novel, one of the things she modified was the character of Chloe, the tormented teenage girl. “I didn’t want her to be too flirtatious and girly, I wanted her to talk and walk a bit like a tomboy, but also more menacing, secretive.”

Some female directors have had difficult experiences premiering their movies in competition, for instance Valérie Donzelli and Eva Husson whose movies triggered reviews which many people deemed unfairly harsh. That could be due to the intense scrutiny which female directors are subjected to at Cannes. Even Julia Ducournau, who won the Palme d’Or at last year’s Cannes with “Titane,” seemed to have been a victim of some backlash afterwards when the movie didn’t get nominated for best film at the Cesar Awards. It was the first time in the history of the Cesar Awards that a French Palme d’Or-winning movie didn’t earn a best film nomination at the awards.

Hansen-Løve, who was in Cannes last year in competition with “Bergman Island” and returns to Directors’ Fortnight this time, has mixed feelings about how far the festival has come.