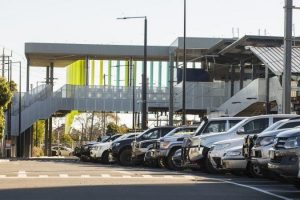 A federal government-compiled list of the 20 most marginal electorates ahead of the 2019 federal election was the basis of a $660 million program that has delivered just two completed suburban railway car parks.

Two years after the Commuter Car Park fund was created, officials from the Infrastructure Department are still in the planning process for almost all of the promised car parks with little idea how many car spaces will ultimately be delivered. 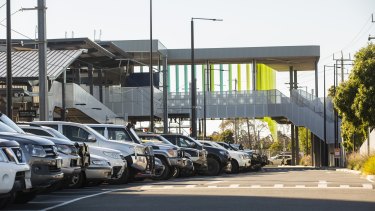 Ringwood railway station car park in the Melbourne seat of Deakin – planning is still ongoing for an upgrade that was promised at the 2019 election.Credit:Paul Jeffers

The Auditor-General earlier this year released a damning report into the fund that was used in the run-up to the 2019 election to promise new car parks and upgrades near train stations at 47 sites.

Labor labelled the program a “rort” after an Auditor-General’s report found 77 per cent of projects were in Coalition electorates. Many were promised in south-eastern Melbourne where senior ministers including Treasurer Josh Frydenberg and Assistant Treasurer Michael Sukkar faced serious challenges at the 2019 poll.

Giving evidence to a Senate inquiry into the controversial program on Monday, deputy Auditor-General Brian Boyd said a “marginal electorate list” – maintained by then Infrastructure Minister Alan Tudge – was the starting point for the Commuter Car Park fund decisions.

Mr Boyd said unlike other infrastructure projects, where the federal government worked with states or local councils, government MPs, Coalition senators responsible for Labor-held seats or endorsed Liberal candidates were canvassed for their own ideas.

“It started being initially termed as being the top 20 marginals,” he said.

“The key thing was to touch base with the top 20 marginals, either the member of the House of Representatives if the electorate was held by the Coalition, the relevant duty senator for other electorates and endorsed candidates in two other electorates to ask them what projects in your electorate do you think worthy of being put through this program.

“It was very much that approach of starting with the electorate, rather than here is where congestion is the greatest.”

The existence of the “top 20 marginal” list surprised Infrastructure Department officials who told the committee they did not know of its existence.

In many cases, MPs came up with their own estimates of the cost of the projects. This included Mr Frydenberg whose office proposed four sites – Glenferrie, Surrey Hills, Canterbury and Camberwell – plus an indicative cost for each. 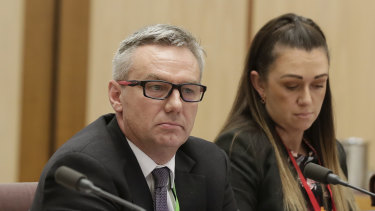 In another case, a Liberal MP proposed two projects for a neighbouring, marginal-Labor seat as there was no railway station car parks in their own electorate.

Twenty seven of the 47 projects were approved by Prime Minister Scott Morrison the day before he called the 2019 federal election.

Mr Boyd said in some cases, money was allocated to an electorate but the project was listed as “to be determined”.

He said in most cases, states or local councils which may own the land identified for a potential project were not contacted by the federal department ahead of a car park being promised.

The lack of consultation continues to plague the program with a handful of promised car parks abandoned.

Infrastructure Department deputy secretary David Hallinan said it would be “a little while” before the number of car park spaces created under the program would be known.

He said the structure of the program, which was not operated on a tender process, had made it more difficult to know the exact rollout of car park spaces.

“If there was a different program at play and there had been an open tender or equivalent. .. we would probably have better information to provide that advice,” he said.

“This was a program where the projects were identified by the Commonwealth.”