Cardi B and Billie Eilish Feud? What Really Happened at Met Gala Party 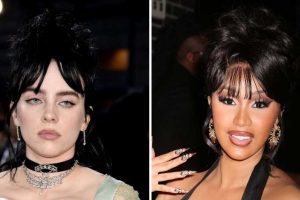 No hard feelings! Cardi B and Billie Eilish clear the air about their rumored 2022 Met Gala afterparty feud.

“I hate the internet cause one, how do y’all turn one of the most lit parties into drama?” Cardi, 29, wrote via Twitter on Tuesday, May 3, seemingly referring to the gossip swirling about her and Eilish, 20.

The “WAP” rapper added: “Two, ‘Ocean eyes’ is the song I [sing] to my daughter. Three, Billie is my f–kin baby. Yesterday, from the Met to the party, everything was drama free. Why do yall wanna turn everything into mess?” 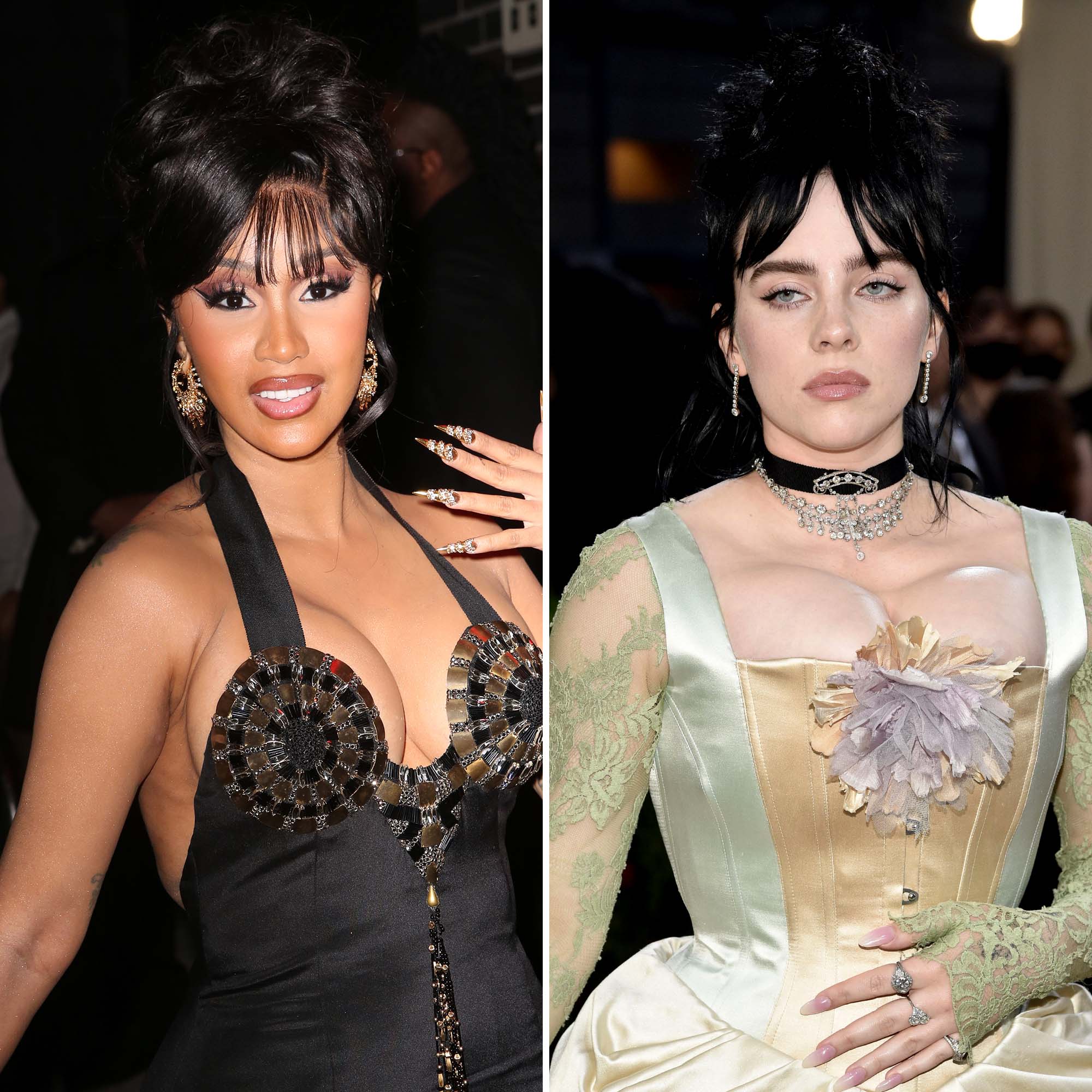 The musicians turned heads on Monday, May 2, for more than just their jaw-dropping Met Gala fashions. (Cardi rocked a sexy and sleek Versace gown while Eilish wore an upcycled design by Gucci with vegan Gucci shoes and Fred Leighton jewels.)

The duo were rumored to be feuding after a video surfaced of the “Happier Than Ever” singer allegedly calling Cardi “weird” while the rapper performed at the Standard’s Boom Boom Room Met Gala afterparty.

In the clip, Eilish can be seen saying the word “weird,” but according to a voice memo she later sent to the “Bodak Yellow” rapper, that was taken out of context.

“Oh my God, I was so worried that you were going to see that,” the “Everything I Wanted” singer said in the clip, which Cardi shared via Twitter on Tuesday.

Eilish clarified in the voice recording: “I was f–king calling the people around you weird because everybody was coming up to you, shoving their phones into your ass. And I was like, ‘Just look at her with your eyes!’” 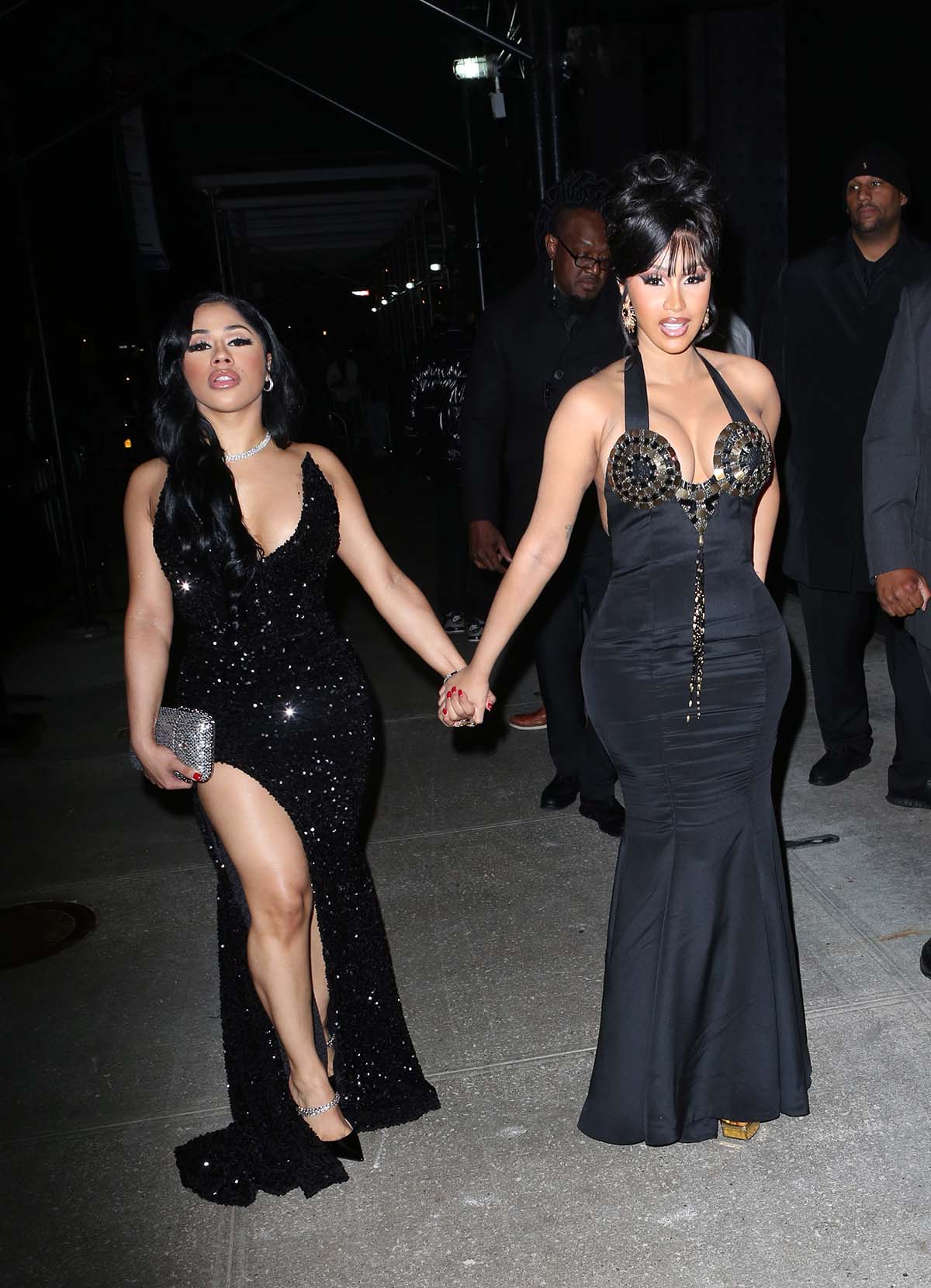 The “I Like It” rapper replied with her own voice memo, saying, “The internet is trying to divide us. They don’t understand that you’re my baby.”

One day prior, Eilish was praised for her use of refurbished fabrics while walking the Met Gala red carpet in celebration of the “In America: An Anthology of Fashion” theme.

“We’re trying to be as eco-friendly as possible,” the Oscar winner told Vogue’s red carpet correspondent La La Anthony of the Gucci dress with corset bodice.

Monday’s event marked Eilish’s second gala after pulling double duty as a guest and co-chair at the 2021 event.

“Eilish’s willingness to embrace an aesthetic as innovative as her music has pushed emerging brands into the limelight and challenged old rules about how a pop star should dress,” Vogue said in their official host announcement at the time.

The “Bad Guy” songstress became the youngest celebrity to receive the honor of co-chair, splitting the role with Timothée Chalamet, Amanda Gorman and Naomi Osaka.