Before the U.S. women’s national team Olympic roster is released, soccer star Carli Lloyd spoke to HL about how the last year allowed her to change ahead of the Games.

When the Olympics were postponed from Summer 2020 to Summer 2021, many athletes were required to re-evaluate their training and, for the older Olympians, decide if they could wait another year to compete. For three-time Olympian Carli Lloyd, the COVID-19 pandemic gave her a brief moment to breathe for one of the first times in her 17-year soccer career. In the last year, she went through some major life events, which, she said, better prepared her to compete in 2021. “I think 2020 gave me more opportunities. I had changes that happened in 2020,” Carli said on the HollywoodLife Podcast, while discussing her partnership with Secret Deodorant. “I cut ties with my longtime trainer of 17 years, which is a big deal. And that came after my knee surgery — my first ever surgery in my career. And then, I reunited with my family, which happened so quickly.”

Carli opened up about her estranged relationship from her family in her 2016 memoir, When Nobody Was Watching: My Hard-Fought Journey to the Top of the Soccer World, which she explained was due to their disapproval of her former trainer, James Galanis, among other things. “It’s been unbelievable, and I’m so happy that they can be part of this, because had the Olympics been in 2020 and I had been part of that roster, they most likely wouldn’t have been a part of it,” she admitted to HL. “We’re all looking forward, and we’re just so happy to be part of each other’s lives now. I think the pause of 2020 and taking a step back, and really having a lot of time to reflect made me start to think about things.” 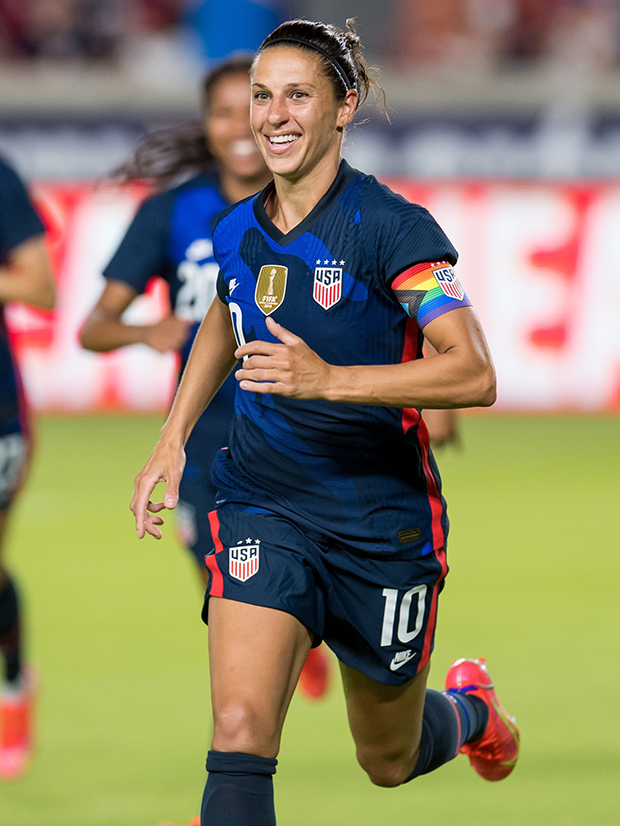 As she rekindled her familial bonds and rehabbed her knee, Carli revealed she also began working with a strength trainer who has brought her soccer game to new heights. “I am in the best shape of my life,” the 38-year-old, two-time FIFA Player Of the Year said. “I’ve continuously leaned out the older I’ve gotten… I think that every year I’ve gotten older, I’ve been in better and better shape. I’ve just gone 17 years with just pushing on and adding another layer each and every year. And it’s allowed me to continue to play.”

Just last week, Carli became the oldest player to score for the USWNT, a moment which experts say cemented her position on the Olympic roster. Tomorrow on Good Morning America, head coach Vlatko Andonovski will name 18 players and the four alternates who will travel to Japan for the Summer Games. “I think we’re just all really looking forward to finally having the the roster announced and starting that process,” she admitted. 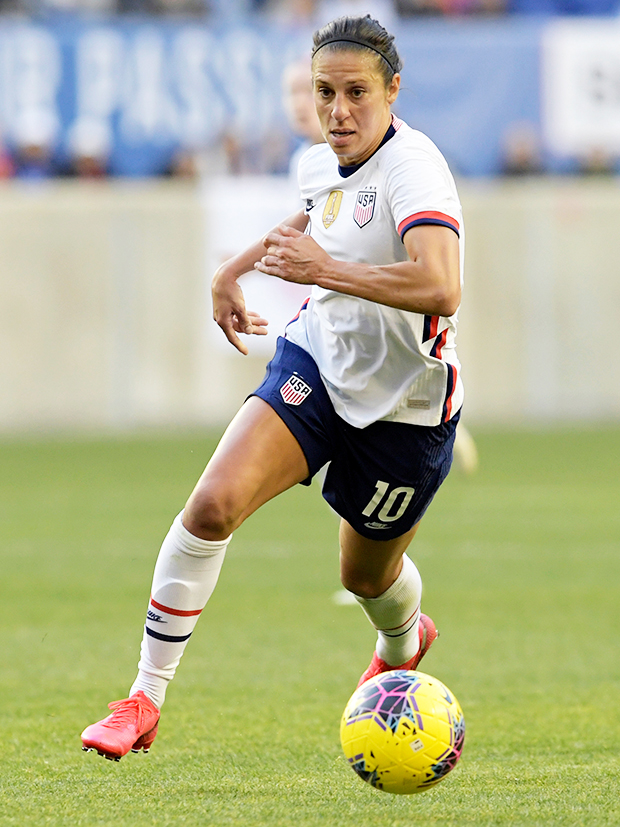 The soccer star spoke to HL as part of her longtime partnership with Secret Deodorant, which just released their latest clinical strength formula to help combat three types of sweat — stress, anxiety and heat. “They’ve been such a long standing supporter of women’s sports, and that’s a big reason why I partnered with them,” Carli explained. “On the field, obviously, I’m running around, sweating an incredibly ridiculous amount, plus stress — we sweat when we’re stressed, or at least I do. So, having this Secret Clinical Strength Antiperspirant Deodorant has been absolutely key for me.”