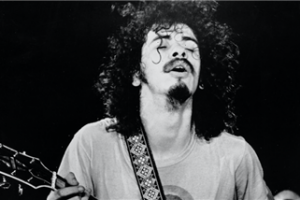 Imagine Documentaries is collaborating with Sony Music Entertainment on the project, who is co-financing and handling distribution. It will follow Santana’s journey from 14-year-old street musician to a 10-time Grammy winning global sensation, and feature unseen archival footage and tracks.

Valdez is the director of the Sundance documentary audience award winner “The Sentence,” about the corrosive effect of mandatory minimum sentencing on convicts and their families. That project went on to win an Emmy and was released by HBO.

“I am honored and grateful to have partnered with Imagine Documentaries and Sony Music to bring my story to light. Director Rudy Valdez, along with Ron, Brian, Justin and Sara have embraced this journey, which is one of triumph and adventurousness,” Santana told Variety. “The intentionality of this film is to touch people’s hearts and to inspire people to re-connect with their own light that they may ignite blessings and miracles.”

“We’re thrilled that Carlos has entrusted us with bringing his incredibly inspirational story to life in this film,” said Wilkes. “He is one of the greatest musicians of all time, and throughout his career, Santana has unapologetically broken-down borders and reinvented a tone universally celebrated across the globe. Collaborating with Rudy Valdez again is an honor and we are excited for him to take us on a journey with Santana.”

“Carlos Santana’s pioneering vision and artistry have influenced generations of fans across so many genres of music,” said Mackay. “Through this new project in partnership with Imagine Entertainment, we look forward to showcasing the breadth and lasting impact of his story for audiences globally.”

Santana is credited with blending genres to barrier-breaking effect. In addition to 10 Grammys, he is a three-time Latin Grammy award winer, an inductee to the Rock and Roll Hall of Fame, a recipient of the Billboard Century Award, and a recipient of the prestigious Kennedy Center Honors. Santana is listed at #15 on Rolling Stone’s “100 Greatest Guitarists of All Time;” and has joined the Rolling Stones as one of only two bands to have an album reach the Top 10 in every decade since the 1960s.. His most recent album, “Blessings and Miracles,” features collaborations with Rob Thomas, Chris Stapleton, Steve Winwood, and others.