Home » Lifestyle » Caroline Kennedy nominated as next US ambassador to Australia

Caroline Kennedy nominated as next US ambassador to Australia 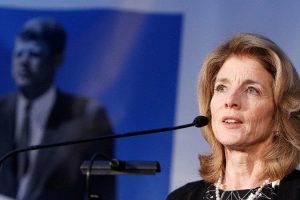 The White House announced the selection of Ms Kennedy, who previously served as US ambassador to Japan under former president Barack Obama, on Thursday morning Australian time. 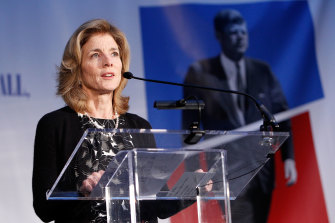 The daughter of former president John F. Kennedy has been appointed as the United States next ambassador to Australia.Credit:Getty

The post has been vacant since Arthur B. Culvahouse Jr, who was appointed by the Trump administration, left earlier this year following the election of President Biden.

Australian Foreign Minister Marise Payne discussed the issue with US Secretary of State Tony Blinken at their meeting in Liverpool, England last weekend.

State Department spokesman Ned Price said at the time, “They also agreed on the importance of having a Senate-confirmed ambassador in place in Canberra as soon as possible in light of the scope and scale of shared challenges we face”.

Her nomination must be confirmed by the US Senate but this is expected to be a formality.

Ms Kennedy, a scion of one of America’s most famous political families, is the only surviving child of the former president.

The first female US ambassador to Japan, Ms Kennedy was an early and prominent supporter of Mr Obama when he was running for the presidency in 2008.

She served as ambassador to Japan from 2013 to 2017, and before that was a prominent attorney and author of 11 best-selling books on law, civics, and poetry.