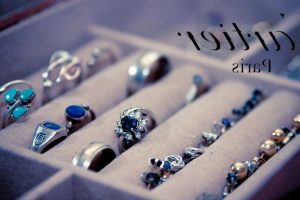 According to the Globe and Mail, Cartier filed the case with Manhattan’s New York State court earlier this week. Court documents reveal that Cartier is accusing Tiffany of luring one of its junior managers, Megan Marion, to join its ranks in an effort to learn more about the company’s strategies and secrets.

In the lawsuit, Cartier argues that Tiffany has a “disturbing culture of misappropriating competitive information,” and claims the hiring of Marino was an effort to revive their own high-end jewelry line off the backs of Cartier.

Marino was apparently fired by Tiffany’s only five weeks after she started the position. Bloomberg reports that Tiffany let her go “after the brand’s legal team was made aware of the situation.”

Marino, who is being named in the lawsuit, submitted an affidavit to be used as evidence, in which she claims Tiffany was “more interested in hiring me as a source of information than as a High Jewelry manager.”

“Cartier fully respects the rights of competitors to pursue their commercial objectives,” Cartier said in a statement. “In this case, however, Tiffany’s commercial ambition crossed the line between the ordinary course of business and unfair competition.”

The company is seeking an unknown sum in damages. They are also requesting an injunction to stop Tiffany from using any of their trade secrets to market their own products.

Tiffany has also released a statement in which it denies Cartier’s statement and expressed their intention to fight the case. “We deny the baseless allegations and will vigorously defend ourselves,” the Tiffany representative stated.

Founded by Louis-François Cartier in Paris, France in 1847, Cartier is a luxury good conglomerate that specializes in jewelry and watches. The brand’s luxury pieces cost anywhere between $50,000 to $10 million USD.

Conversely, Tiffany & Co. was founded a decade earlier in 1837 in New York. Though it’s known for its selection of jewelry – which includes more affordable pieces as well as high-end ones – the company also produces other items, including china, crystals, stationary, perfumes, watches, accessories, and leather products.

This isn’t the first time Cartier and Tiffany have been embroiled in a lawsuit. Back in 2014, Cartier filed a similar case against a former advertising director for trade secret theft. At the time, Cartier alleged the former executive had tried to get another employee to download confidential information and join them in a new position at Tiffany.

TheRichest will keep you updated as this case progresses.