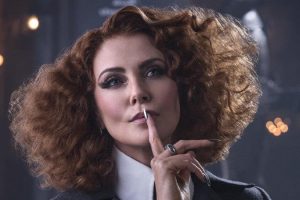 It might seem that the moment for Harry Potter parodies has come and gone, but The School For Good and Evil, based on the first in a series of young-adult bestsellers, has a solid comic premise. What if you were whisked away to the magical academy of your dreams, and it turned out to be just regular high school with better architecture? 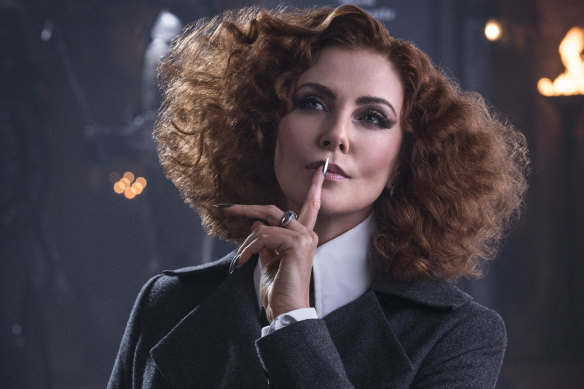 Beneath the fantasy trappings, this is something of a return to origin for director Paul Feig (Bridesmaids), who rose to fame chronicling tensions between youth subcultures in the beloved TV series Freaks and Geeks. At the school envisaged here, pupils are labelled either good or evil – never both – but the distinction often seems like a matter of fashion sense more than anything else.

Of course, not everyone fits neatly into their assigned mould. Sophie (Sophia Anne Caruso) yearns to be a fairy-tale princess but is put in the villain stream, while it’s the opposite dilemma for her bestie Agatha (Sofia Wylie).

Their protests have little effect on their respective heads of school, who threaten to steal the show away from the young protagonists: Kerry Washington is all trilling menace as the ladylike Dean of Good, while Charlize Theron as her Evil counterpart strikes lordly poses in elegant double-breasted jackets. 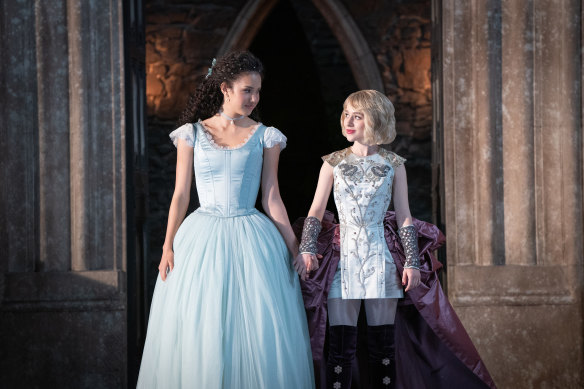 Sofia Wylie as Agatha and Sophia Anne Caruso as Sophie in The School For Good And Evil.Credit: Helen Sloan/Netflix

This is the starting point for a lot of enjoyably intricate silliness, which incorporates makeovers, magical duels, shout-outs to Lewis Carroll and Little Shop of Horrors, and some impressively bold puberty metaphors . Cate Blanchett supplies the voice of a talking pen, while Laurence Fishburne presides over school assemblies like a Masterchef judge and is even camper than he was in the Matrix trilogy.

As so often with stories about the value of non-conformity, the storytellers don’t entirely practice what they preach. The frankly 21st-century rhythm of Sophie and Agatha’s banter sometimes echoes Broad City, but the irreverence is tempered by a need to keep things family-friendly.

Likewise, for all the hints that the school as an institution is rotten to the core, the YA fantasy format leaves little room for actual moral ambiguity (even the increasingly thoughtful Hunger Games films struggled with this). Climaxes of any kind never seem to be Feig’s strength and, in this case, he ultimately abandons the effort to give the cliches any sort of ironic spin.

A sequel could complicate the pattern in theory but, while the original series runs to a half-dozen volumes, I have a hunch this may prove to be the sole chapter as far as Netflix is concerned. On the bright side, that ought to leave room for any amount of imaginative fanfic.

The School for Good and Evil is streaming on Netflix.