'Catfish’ Recap: Jim Carrey’s Daughter Tries to Use Her Fame to Help

It’s new cohost time! After an emotional goodbye to his longtime cohost and friend, Max Josephs, Nev Schulman was joined by guest cohost Jane Carrey for the November 28, episode of Catfish. Jim Carrey’s daughter was revealed to be the first in a series of guest cohosts for the new season, along with Tallulah Willis, Kamie Crawford and Nick Young. 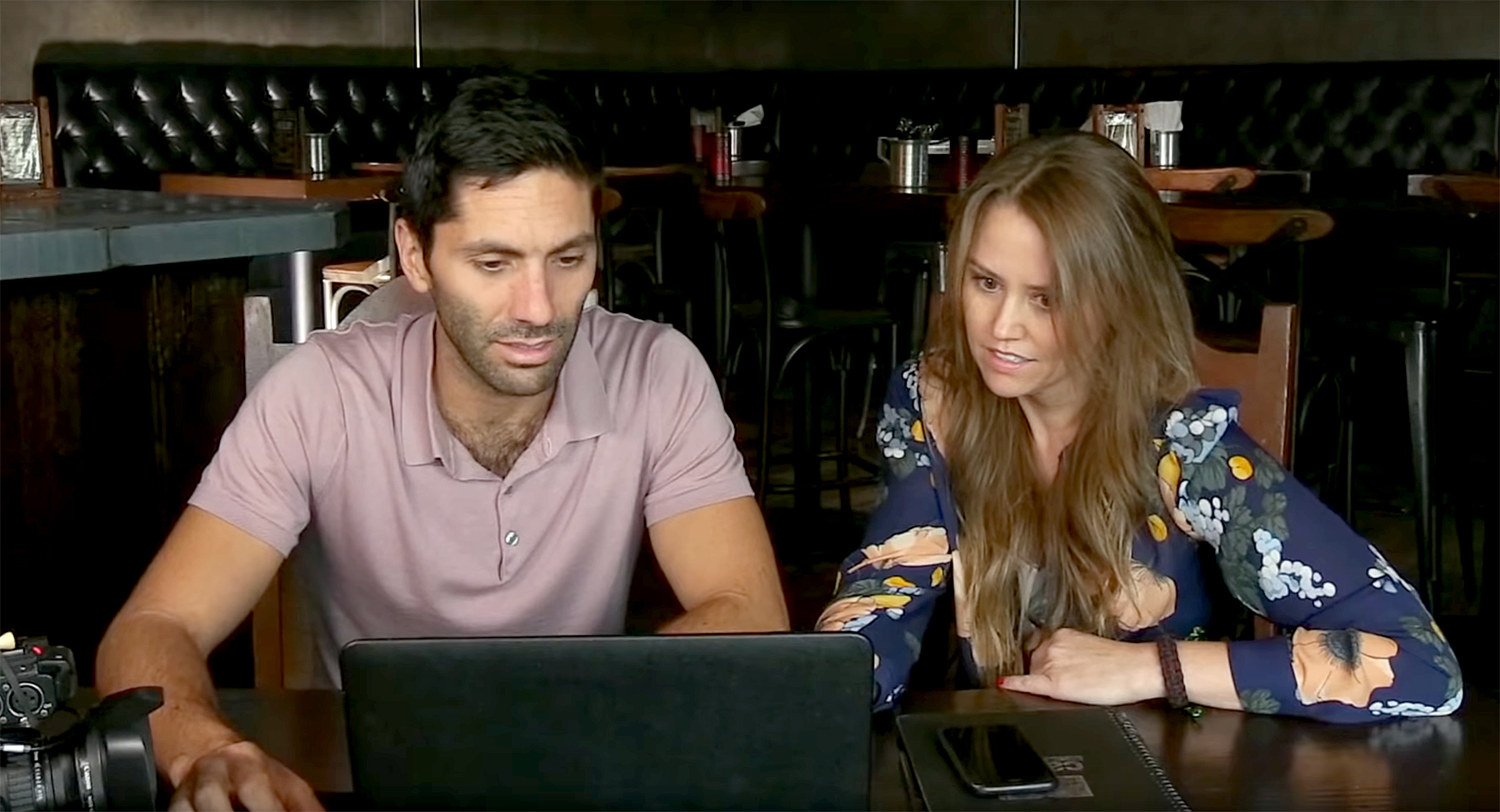 The American Idol alum and lead singer for The Jane Carrey Band caught up with Nev about being the child of a celebrity, saying, “You go through all the same things that everyone else goes through.” The singer and admitted Catfish superfan added, “It was a different experience but it was never boring.”

Channeling her father’s (Pet) Detective roots, Jane jumped right into her first case with Nev, helping 19-year-old Mike find the true identity of his online beau of five months, Joey. After meeting him on Grindr, Mike, a larger than life personality, admitted he developed feelings for Joey, a mechanic, in spite of his long-term goal of becoming a “top of the line trophy husband.”

Mike didn’t appear too anxious about the true identity of Joey and admitted that if his crush wasn’t the man in the pictures, he’d be happy to resume his life of living rent-free in San Diego, tanning every day and eating sushi by the beach. The stakes could not be lower when Mike revealed, “If he’s not real, then it makes it easier for me.”

Later, when Nev and Jane met up with Mike to get to the bottom of Joey’s identity, Jane bristled against some of Mike’s comments that glorified a shallow, money-obsessed existence. When Mike said, “I watch The Real Housewives of, like, everything so I’ve studied for years,” Jane responded saying, “The Real Housewives of Beverly Hills it’s not necessarily real life.”

“My parents had problems and I had problems. Wealth doesn’t make you happy necessarily, regardless of being on TV,” she continued. “I think you have way more potential than just being hot and young.”

After landing in Connecticut, it was time for Mike to finally meet Joey. Mike waited outside of a lake house wearing itty-bitty red swimsuit bottoms and a white oxford shirt as Nev and Jane attempted to find Joey. The actual reveal took a dark turn when a person emerged from the garage and Mike immediately responded saying, “Ew. What the f–k. … Oh my God, that’s so sad.”

Quickly, we discovered that Joey was not the man in his photos and was, in fact, an old friend of Mike’s, Mikey.

Mikey admitted to posing as Joey as an act of revenge after he caught Mike sleeping with his boyfriend. Mikey added, “I wanted to break his heart. He got mine broken.” While Mike denied the allegations, it was clear that tensions were high between the former friends. Mikey later accused Mike of being fake and acting like a “cartoon character.” Mike acted unfazed as his former pal accused him of going “through life with this attitude that nobody matters but you.” Mike merely responded saying, “Life’s short. Bathing suits should be shorter.”

In a later check-in with Jane and Nev, Mike video chatted while holding a wine glass filled with blue Powerade. He revealed that he and Mikey had patched things up and that he was still on the hunt for a “sugar daddy.”

For the latest TV news and interviews, subscribe to our new podcast “Watch With Us” below!