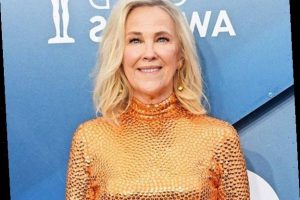 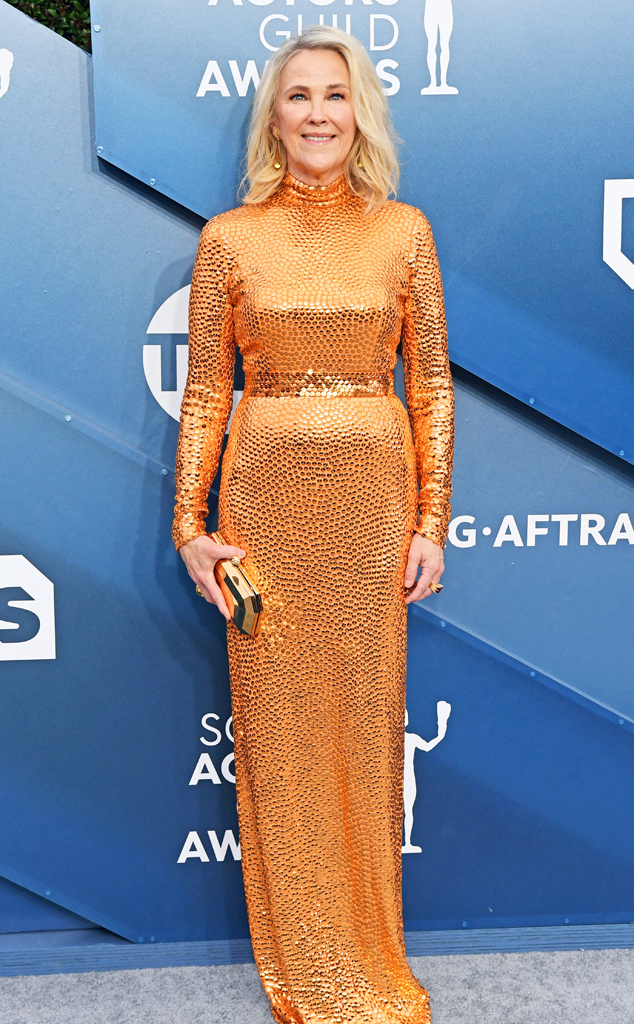 She didn’t get to wear her red carpet dress to the premiere of The Crows Have Eyes III, but look at her now at the SAG Awards!

The entire cast of the hilarious show posed together in front of the step-and-repeat, but it was O’Hara’s look that had us absolutely floored.

The stylish star paired her dress with a gold clutch and gold drop earrings that would quite honestly make her character from the TV series jealous.

Be sure to tune into the show later tonight to see if they walk away with the prize.