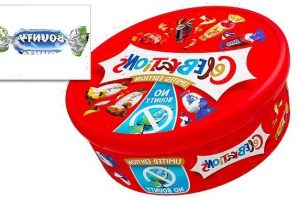 Cause for Celebration? Mars Wrigley announces Bounty bars will be AXED in special edition assorted chocolate boxes in the run-up to Christmas

Mars Wrigley, which owns Celebrations boxes, has decided to roll out Bounty-free tubs of the favourite assorted boxes ahead of Christmas – and you’ll be able to swap your normal tubs for free.

Mars Wrigley have announced that the special tubs will be available at select Tesco stores around the UK in the run-up to Christmas.

Revelers who do not care for the smooth coconut and chocolate treats will be able to swap normal tubs of Celebrations purchased in stores with Bounty-free ones for free, from November 8.

It comes as more than a third of Brits have admitted they don’t want Bountys in their red festive tubs. 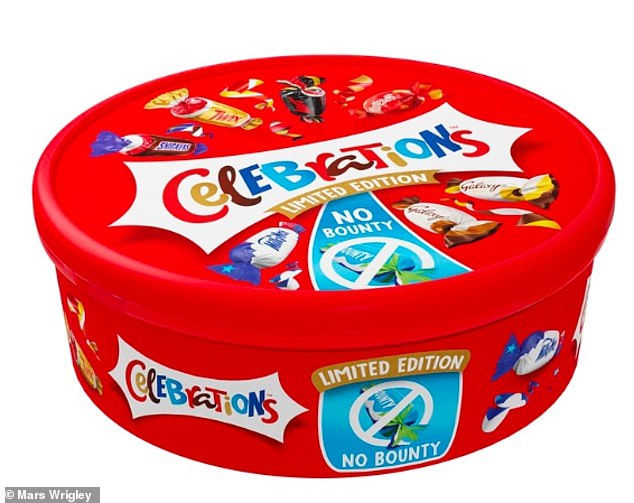 Shoppers will be able to get their hands on the specials boxes at special Christmas Market pop-up in select Tescos around the country.

For these limited-edition tubs, additional Mars, Snickers, Milky Way, Galaxy and the all-time favourite – Maltesers, will be added to the tubs in place of the banned Bounty bars.

This roll out is being trialled across 40 Tesco’s Christmas Markets around the country. 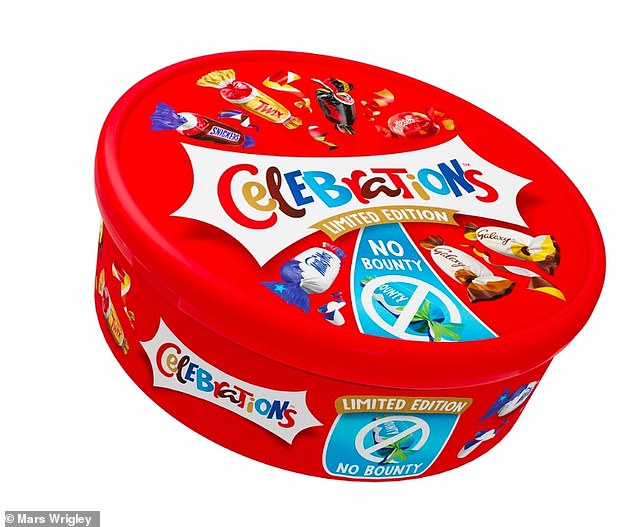 Revelers who do not care for the smooth coconut and chocolate treats will be able to swap normal tubs of Celebrations purchased in stores with Bounty-free ones for free, from November 8 for a limited period of time

Tesco’s Christmas Market is a pop up roadshow, which will start in Manchester on Tuesday 8th and will make its way down suit, closing on 18h  December at Gallions Reach Extra in London.

Shoppers who cannot make it to these location can also enter a competition on Tesco’s website to win a Bounty-free tub of celebrations.

This comes as Mars Wrigley debuted the ‘Bounty Return Scheme’ in 2021, where shoppers could return their unwanted chocolates and swap them for Maltesers after the festive period was over.

Emily Owen, Mars Wrigley’s Head of Celebrations Festive Cheer said: ‘Christmas is the time for giving – but it seems this year, the British public are keen for us to take away…Bounty.

Last year, we gave customers the opportunity to return their unwanted Bounty chocolates. Now, off the back of public demand, we’re trialling taking them out of the tub altogether.

You don’t know what you’ve got until it’s gone! And to those loyal (and secret) Bounty lovers out there, there’s still a chance they’ll make a return after the trial.’