PARIS (Reuters) – Karl Lagerfeld’s last collection for Chanel opened with a minute’s silence for the late designer on Tuesday, as friends, collaborators and fans turned out in Paris to remember his 35 years as the creative force behind the French couture house. 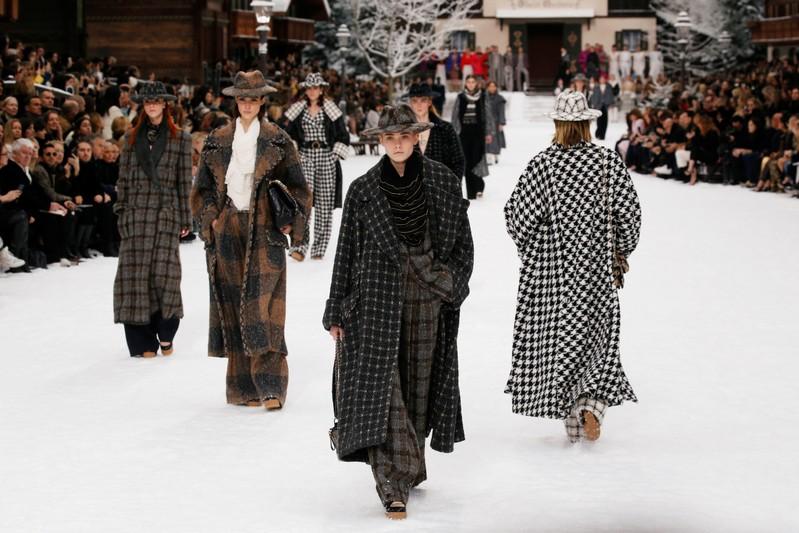 Conceived before his death at 85 in late February, the extravaganza transformed the catwalk into a typically over-the-top winter wonderland, complete with wooden chalets and smoking chimneys, sealing Lagerfeld’s reputation at the pinnacle of fashion showmanship.

Actress Penelope Cruz, one of the faces of the brand, took to the snowy runway in a white, feathery puffball dress, followed by 17-year-old teen supermodel Kaia Gerber, who collaborated with Lagerfeld on designs for his eponymous brand.

Cara Delevingne, who has credited Lagerfeld for “changing her life”, took a last lap of the catwalk along with other teary-eyed models after opening the show.

Guests also heard from “Kaiser Karl” himself, with an account of how he first took the job at Chanel in 1983 played over the speakers inside the Grand Palais exhibition hall.

“When I was asked a second time, I accepted, because everyone told me don’t do it, it won’t work,” the German designer said, speaking in French.

“It’s the first time that a brand managed to become fashionable again, to turn itself into something desirable,” Lagerfeld added.

Lagerfeld, who also designed collections for Italy’s Fendi, helped transform Chanel into a luxury industry titan with $10 billion in annual sales during his tenure, and injected fresh life into Coco Chanel’s once eminent but fading couture house.

“It was a moment of communion for everyone who was here,” Caroline Lebar, who runs communications for Lagerfeld’s namesake brand, said after the show. “He was not just a fashion creator, he was a photographer, an editor, he made films, designed Coca Cola bottles, car interiors.. He leaves a real void.”

THE BEAT GOES ON

Included with show notes was a sketch by Lagerfeld – one of an increasingly rare group of designers who drew his own designs by hand – featuring himself and Coco Chanel, with the words “the beat goes on.”

Lagerfeld was instantly recognizable, thanks to the white, pony-tailed hair, black suits and round-the-clock sunglasses he favored in his later years.

His twists on the brand’s famed tweed suits, season after season, earned him a faithful following. Tuesday’s collection included bubblegum pink looks, fuzzy, woolen skirts to cozy up in and furry snow boots.

“His art must continue,” said Natalia Solonevich, a long-time client of the brand from Moscow who was dressed in a Chanel baby pink suit. “There is a little bid of sadness… but this shows to people that he and his art can live on.”

Lagerfeld’s second-in-command Virginie Viard, named to take over the creative direction of the brand, worked on the collection alongside him, Chanel said. 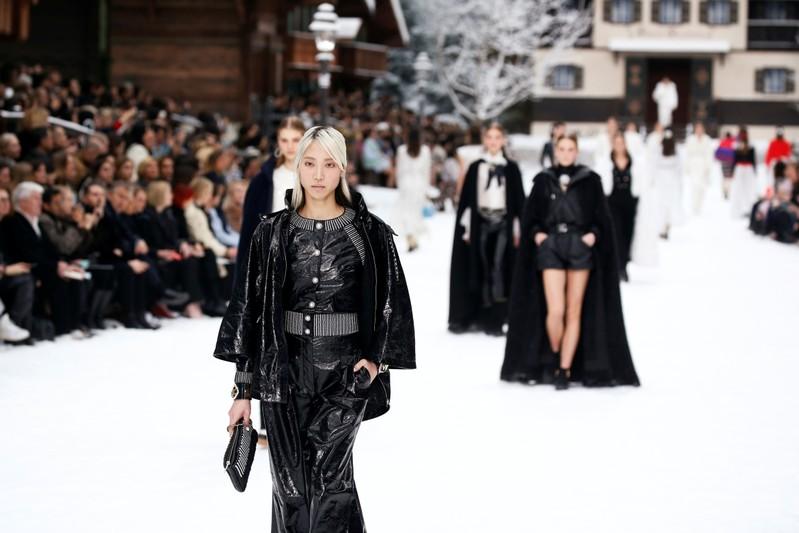 Several sources have told Reuters that the appointment was transitional and that another successor could yet be announced.

Former Celine designer Phoebe Philo has been cited as a potential candidate, though Chanel has previously dismissed this.

Second-hand luxury platforms have reported a spike in sales of items associated with the designer since his death, with U.S.-based ThredUp saying purchases of Karl Lagerfeld-branded wares surged almost 60 percent on the day he died.