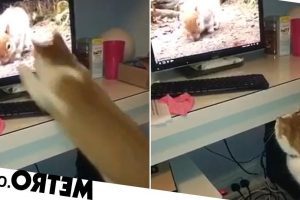 Cats really do have a way of bringing laughter into our lives – and the owners of this cat will be giggling for years to come about his failed hunting attempt.

Even better, the hilarious moment Eddie the cat attempted to pounce on a squirrel he saw on a computer video, has been caught on camera.

Beloved pet Eddie was watching the rodent on a monitor when he sprang into action, launched himself at the screen – and bounced straight off.

The cat, who sadly passed away recently, even dragged the keyboard down with him as he hit the deck in the chaotic clip, filmed last January.

Tracey Timmins, 46, mum of Eddie’s owner Bonnie Collier, 17, said luckily Eddie wasn’t hurt – although it did give the family a shock. 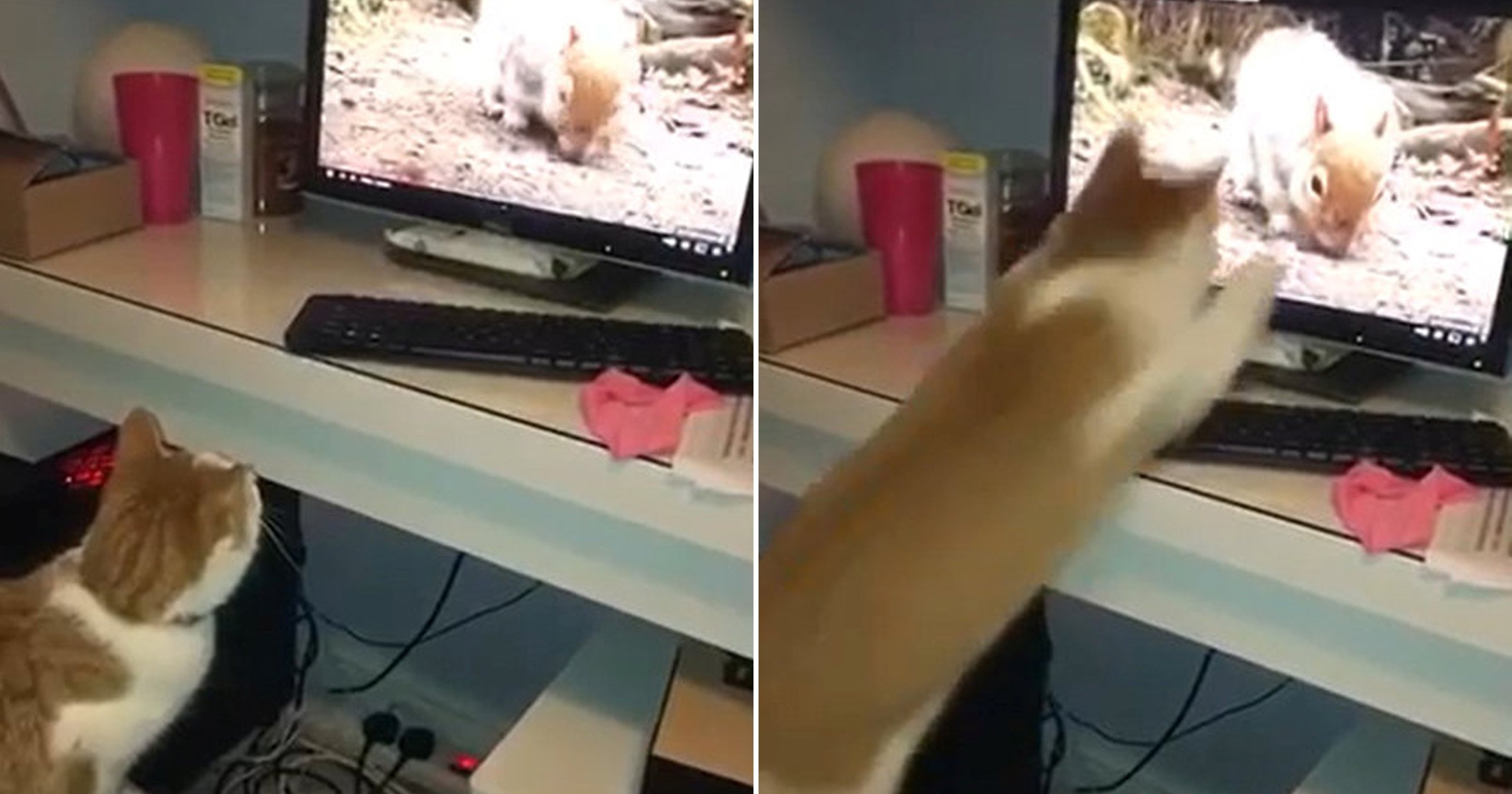 She added that the hilarious clip is now what they will remember Eddie by.

Tracey, from Eccles, Greater Manchester, says: ‘Bonnie would put screensavers on the computer screen of birds or other wildlife and normally he would just sit and watch for hours.

‘But for whatever reason, this time he just flew at the monitor. It made us all jump – but he got the biggest shock!

‘As soon as we knew he wasn’t hurt, we started laughing straight away – and we still laugh a year on.’