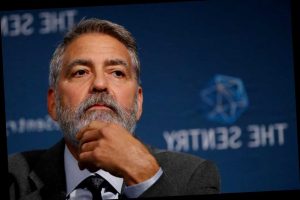 The woman behind a virtual philanthropic conference that promised George Clooney, Matthew McConaughey and other A-listers, but allegedly turned out to be a sham, has been claiming she worked with Clooney for years, said a source.

In an e-mail seen by Page Six, Stephanie Lapensee claims she has worked alongside Clooney on numerous charity projects since 2006. But a rep for the “Oceans 11” star told us, “It’s not true.” When asked for comment Lapensee said, “I have never worked” with Clooney or “any of his charities.”

Lapensee hired Wunderlich Kaplan Communications to publicize her Thrive Philanthropy digital Connect Summit with tickets going for up to $1,799. But the p.r. firm’s Dara Kaplan told us that after press materials went out, they got a call from Clooney’s rep saying he was not involved in or aware of the Summit. “It seems that we were hired to launch a conference that was built on lies,” the firm said.

A statement on Thrive’s site states, “miscommunication from Thrive Philanthropy led to keynote speakers being publicized before they had officially committed.” But Kaplan said, “It’s not a miscommunication.”

END_OF_DOCUMENT_TOKEN_TO_BE_REPLACED

END_OF_DOCUMENT_TOKEN_TO_BE_REPLACED
We and our partners use cookies on this site to improve our service, perform analytics, personalize advertising, measure advertising performance, and remember website preferences.Ok