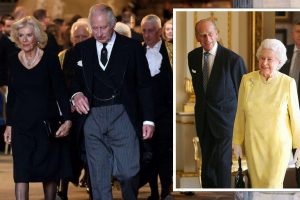 King Charles III and Queen Consort Camilla earlier attended the presentation of Addresses by both Houses of Parliament. Broadcaster Jonathan Dimbleby and Writer Catherine Mayer spoke on ITV about the couple’s relationship dynamic in light of their new roles.

Charles’ new role as sovereign is wholeheartedly supported by Camilla, according to the experts.

When the new monarch spoke about the “weight of the crown”, Camilla had a “visible” reaction to this before she, more than anyone, “knows so well what her husband is going through”, Catherine stated.

She continued: “She has been an extraordinary support to Charles and she will continue to be.”

Camilla’s role has very clearly been defined, with the Queen stating that it was her “sincere wish” that she should be known as Queen Consort upon Charles’ accession. 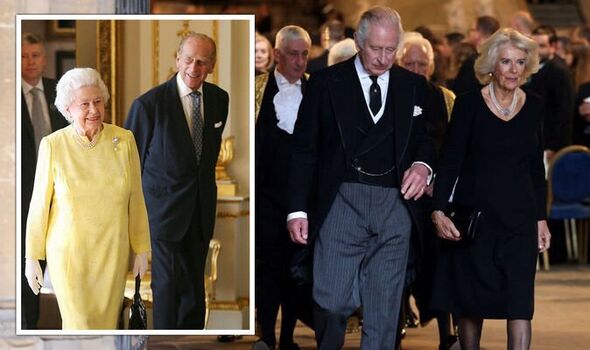 Catherine explained that the Queen’s very public statement over her Platinum Jubilee “removed really the last controversial aspect to what she would be, what role she would perform”.

However, while her role is of course to support King Charles, she remains so much more than a subservient figure.

Catherine commented on the fact that Camilla and Charles walked more or less together as they entered Westminster Hall.

She continued: “I may be reading too much into this but she was only very slightly behind him.

There is “of course this convention that the consort trails behind the sovereign”, to which Prince Philip was widely known to adhere to, walking two paces behind his wife.

However, according to Catherine, Charles and Camilla “look like a partnership”, with Camilla far from “a subservient wife”.

The expert continued: “And knowing everything I know about her dedication to feminism, she would not have wanted to do that.”

It is clear, according to Catherine that Camilla is of tremendous support to the new King – after all, he is having to accept his new role and the loss of his mother in front of the world. 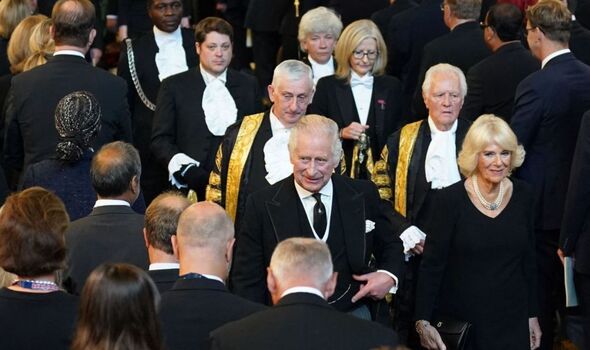 While this is the “King’s tour”, the British public are getting a glimpse into Charles and Camilla.

With the pair very much side by side both emotionally and in proximity, the UK is “getting used to the fact that they are effectively a twin pack”.

Jonathon added that “the depth of love that they have for one another cannot be exaggerated”.

He explained: “They support each other, she supports him even when he’s away, she is always, as it were, there.” 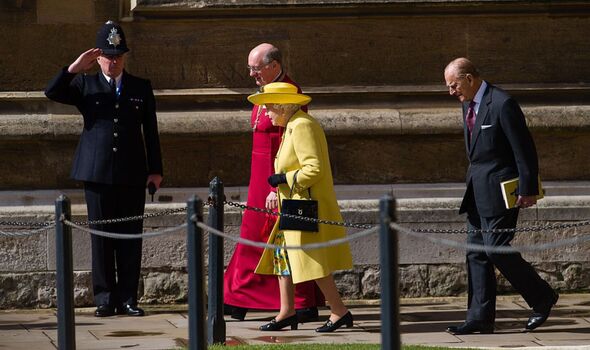 It is clear that Camilla does not attempt to steal the “limelight” from the new King.

There is a real sense of union and “partnership” between them, suggested Jonathan.

This was very clear during Charles’ most recent speech, where he repeatedly brought attention to his Queen Consort by calling her “my darling wife”.

He concluded: “She’s fantastically down to earth, like him she’s very warm, she’s very well anchored, and I think that together they have the qualities that are required to take the monarchy a way that will meet the aspirations and needs of the public.”