Now that Chayce Beckham has won ‘American Idol,’ he doesn’t want to waste any time getting his music out there. In our EXCLUSIVE interview, he revealed what we can expect from him next and more.

We caught up with Chayce Beckham EXCLUSIVELY just hours after he was named the winner of season 19 of American Idol. Of course, it’s been a hectic 12 hours for the rising star, but he isn’t looking to stop any time soon. “I already have music written,” he told us. “They can put me in the studio tonight and we could put out a single. But it’s all up in the air right now depending on what happens with record companies and what they decide they want to do with me. So, as soon as that all gets establish, I think we will get directly into a studio and get a single out right away.”

Chayce explained that he doesn’t want to become “irrelevant” just because the show is over, and recognized that the hard work is only just beginning. “I want to be part of the game as long as possible,” he said. “And just try to take this platform and momentum and use it to kick start a better career. This is awesome and a dream come true, but realistically, there is so much more that I would like to achieve.” 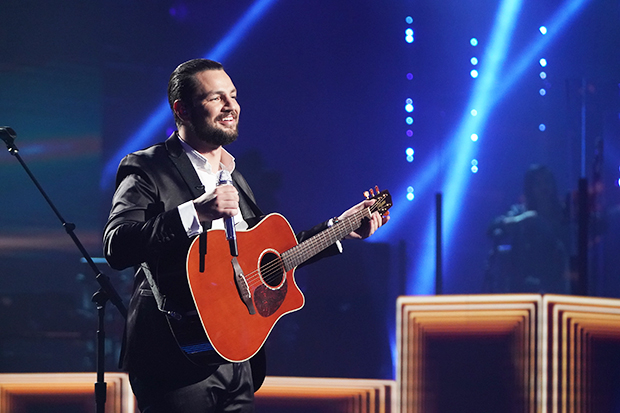 Check out more excerpts from our EXCLUSIVE interview with Chayce below:

On what his debut album will sound like: I don’t know if I can describe that. I think you are going to have to just listen and hear it. I can’t even describe what I want because everything changes when you get into a room full of musicians and people start playing different things and people start changing things. That is the beautiful part about music — you get together, and you never know what it will be. I know it will be country and I know it will have tons of beautiful sounds, but what exactly the record will sound like, I’m not sure yet. I am looking forward to finding that out myself and getting my feet wet in Nashville.

On whether or not he wants his album to tell a full story: I think that is something that’s so beautiful about music — you might listen to something and it doesn’t have to be connected in any particular way. You might realize it is a story. Sometimes you don’t realize what a song is about until, like, five years after you wrote it. Sometimes you don’t even know what you’re talking about and then later down the road, you’re like, ‘That is what I was trying to say and it makes sense in a different aspect’ [now].

I think if you create an album that you can listen to from side A to side B, and you don’t have to skip any tunes, I think that is a masterpiece. I don’t think [mine] will be a story in that sense, as far as every song will play out into different stories, but as a whole, it will create a picture that you can enjoy as one and as a piece of art. That is a beautiful thing about records.

On whether or not there are other dreams he’d like to pursue in the entertainment industry: No, I am a musician. I don’t think I want to do TV or movies. I really enjoy making music and that is where my heart and soul is at. Unless I have a change of heart for some reason down the line, I will be putting 120% of my energy into music and recording and touring. I don’t think I will have time to venture out. But you never know what might come about as time goes by. 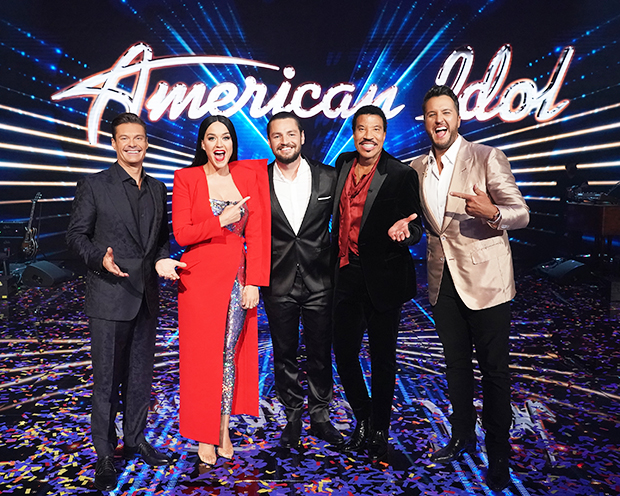 On what his dream tour looks like: I want to put on a good show and work with the best people in the industry and really put on the best performances for people to watch and listen to and enjoy. I would imagine we could make it pretty bada**, though. It all depends on where we are going. I would love to go to Red Rocks and certain amphitheaters and stadiums and things like that. That would be a dream. The bigger the better, but realistically, it’s all about the music and how well we can play the music live. So expect really good live music with really good live musicians.

You’ve said that this is your second chance at life. How will you continue to live up to that? I am not planning on making anything perfect. I am a sinner and I make mistakes! Every day I pray to God and talk to Jesus and that is the best thing that I can do. I’ll put my best foot forward every single day that I get up and put the most energy I can and the most effort into the things that I am doing.

It was a real sobering time in my life when I was realizing where I was at and who I am and what this all means to me. If I have to be sober and if I have to live my life a certain way or stay away from certain people, [I will]. I think I found myself through that process and through the show. It’s nice to know myself nad my limits. I can sit down and have a beer with my dad and relax and enjoy time with my family without having to get drunk or go party. I am finding comfortability in my life and that being happy with myself is so good for my mental health.

[Before American Idol] I was scared to perform sober, and I have done it so many times now, so that is something I will keep with me for the rest of my life. Music is business to me and I take it very seriously. I don’t want to entertain anything that will mess that up. I have learned my lesson. God gave me a second chance to be alive, let alone do all this. I am very happy with myself and there is nothing else I can do other than to wake up, say my prayers, put my hat on and go to work. Now, I can sit back and relax and do what I love for a living. It’s growing up and maturing and realizing life isn’t what you think it is sometimes.