Every family has its own approach to cooking Christmas dinner, but when it comes to creating the ultimate festive feast it might be time to adopt some new methods according to these chefs.

Good Housekeeping has quizzed some of Britain’s top chefs for their insider tips when it comes to catering on the big day.

And to keep you from slaving over a hot stove while the family watch the Queen’s speech all these hacks are designed to save you time in the kitchen.

Surprisingly despite the advice coming from five star chefs some of their tips could see you saving money on the Christmas budget too. 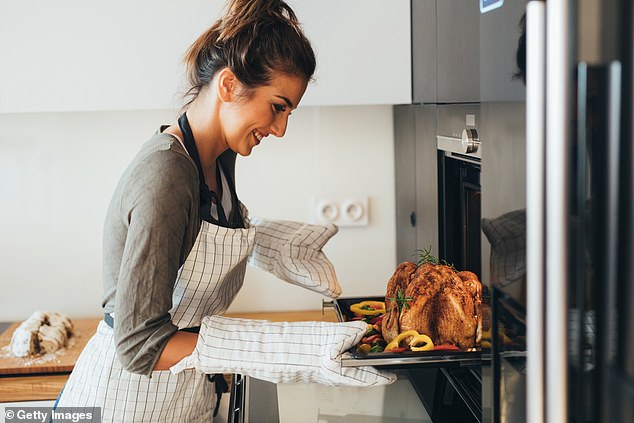 OPT FOR A TURKEY CROWN

They have built up a bad reputation as the ‘cheap’ version of the real deal that you might find in the freezer aisle however, according to one chef, a turkey crown is far better than a whole bird.

Guy Betteridge from South Place Hotel Chop House says that not only is it a better fit for your oven but it is tastier too.

He said: ‘It needs a little more attention whilst cooking, but in the end is delicious.’

Turkey crowns can also cost up to half the price of a whole bird saving you much needed cash for the big day.

COOK THE BIRD THE NIGHT BEFORE

Many of us will have memories of setting our alarms on Christmas day in order to sprint down to the kitchen in order to put the turkey in the oven.

But Cyrus Todiwala from Mr Todiwala’s Kitchen told GHK that you can give yourself a lie in by cooking it over night.

He said: ‘Once your turkey is totally defrosted and marinated if need be, cover with bacon rashers and then place in the oven as late as you can on Christmas Eve at no more than 75-80°C.’ 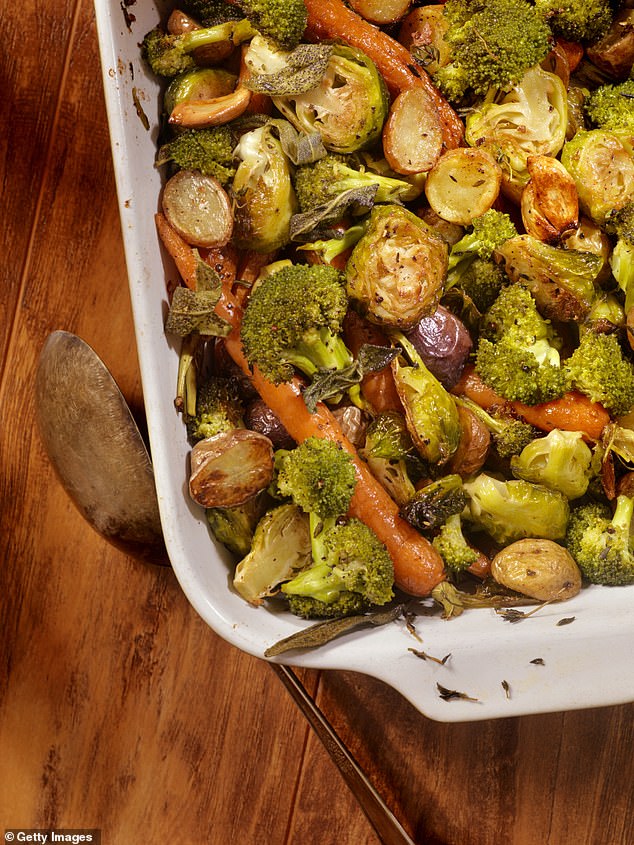 Tom Cenci, Executive Chef at Duck & Waffle, says you should always roast rather than boil your veg as it saves you time and improves the flavour

By cooking it slowly over a longer period of time the turkey will remain moist and retain its flavours.

As serving time approaches use a thermometer to check that the breast has reached 70°C – once it has move it down to the lower shelf and turn up the heat.

While it might seem like the quickest, not to mention easiest way of cooking veg Tom Cenci, Executive Chef at Duck & Waffle, argues that roasting is the way to go.

The chef says that not only will it improve flavour but it is also takes less time as they can be left unattended.

He explained:  ‘All can be roasted from raw, especially sprouts, and have much more flavour for doing so.’

HOW TO CARVE A TURKEY

1. Place the turkey onto the chopping board, removing the string with your knife.

2. Remove the legs and thighs by pulling them out and slicing down on each consecutive joint.

3. Carve directly down to the base of the drumstick, separating the thigh meat from the rest.

4. Find the wishbone at the front of the turkey and use your fingers to carefully pull it out.

5.  Free the breast meat by slicing downward, as close to the bone as possible.