Cheltenham Festival races tips, racecard, declarations and preview for the meeting live on ITV and Racing TV this Tuesday, March 12

We've all got all you need to know about the biggest meeting of the year right here. 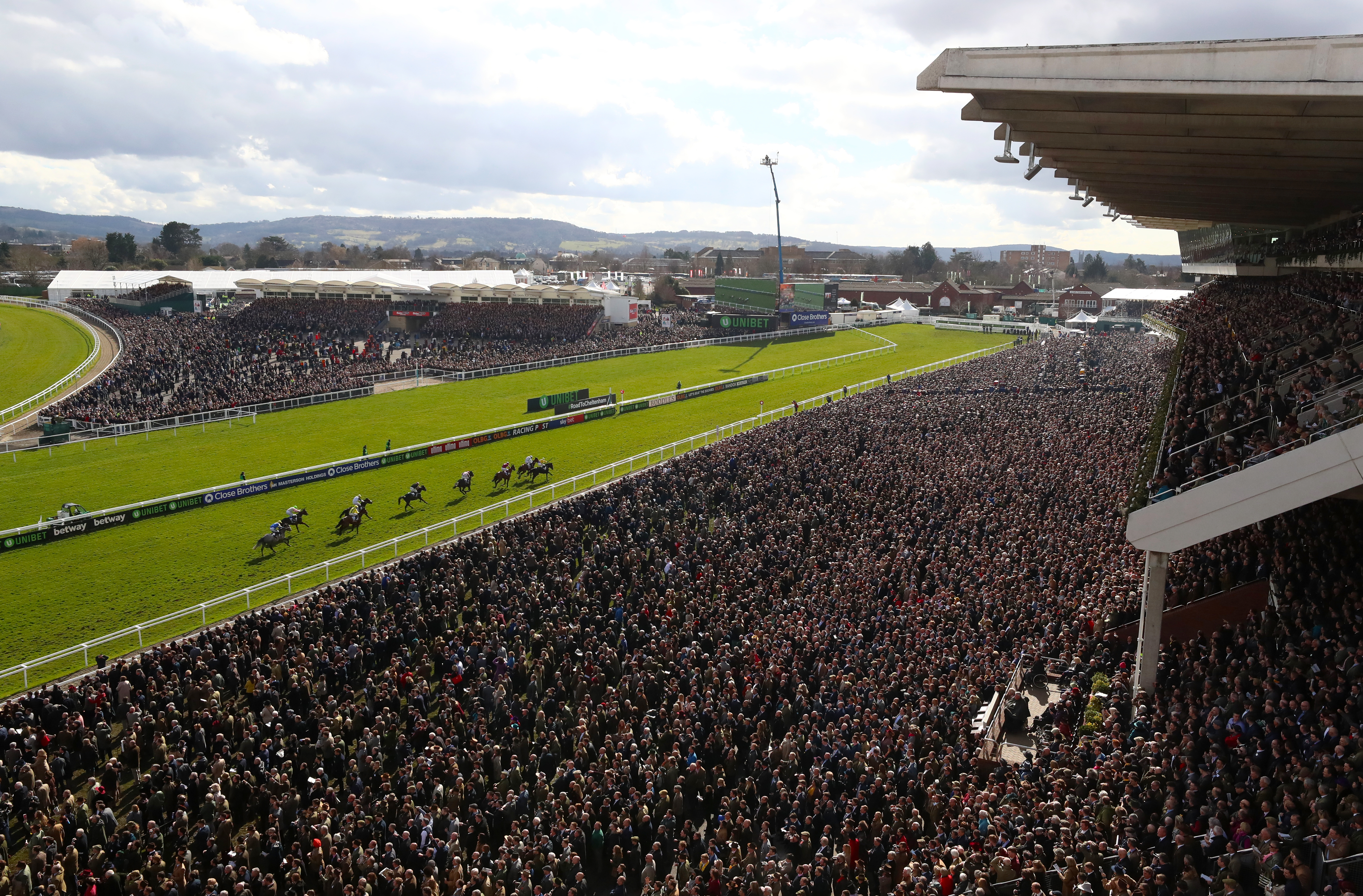 The Festival kicks off with an absolute pearler and any of the principals could do the business.

Both Dai Walters' contenders – Angels Breath and Al Dancer – have been heavily punted and either is capable of a big run.

The lethal Walsh/Mullins combo field Grade 1 winner Klassical Dream, who just edged out Aramon last time, and they are both to be feared.

Fakir D'Oudaries has a massive shout with his weight allowance as it means he's technically 4lb clear of his the rest, but I think this can go to ELIXIR DU NUTZ.

He has the beating of subsequent Kingwell winner Grand Sancy and the fact he almost certainly stays further than two miles will stand him in very good stead.

He's come a long way from his second behind Thomas Darby at the track back in October, and although most of his winning has been on a sound surface, the rain in the air is no bad thing.

Given his rate of progression, I reckon he can really serve it up to them.

It would be fair to say this is a sub-standard renewal, with the highest rated horse in at 153.

In actual fact, the top eight horses in the betting are separated by only 6lb, so it really is up for grabs.

Up until the last week or so, Lalor has been a strong enough favourite – but he needs to put a lacklustre run behind him at Sandown and represents shoddy value at around 4-1.

He has a chance if bouncing back to his impressive course win but the form of that looks dubious with runner-up Dynamite Dollars having been under the weather.

New market leader GLEN FORSA is the one to side with.

If you'd told me after he won a three-mile handicap at the beginning of the season he'd be an Arkle contender, I'd have said you were mad.

Since then, though, he's destroyed a decent field at Kempton and obliterated Kalashnikov over the minumum trip at Sandown.

Amy Murphy's contender was clearly below his best that day but it was still a fine performance and his surplus stamina is ideal for this contest.

Hardline is the other one with a big chance as his Irish form looks strong.

As always, this is a total minefield.

Nothing appears particularly well-handicapped apart from favourite Give Me A Copper, who could be a blot off a mark of 145.

However, he may find this coming too soon in his chasing career after just three starts over fences and is worth taking on from the top of the market.

The one flying under most people's radar is UP FOR REVIEW (ew).

Willie Mullins' contender returned from a mammoth absence to finish third in the Thyestes, just getting a bit tired late on.

That should have put him spot on for this and he had some smart chase form at the beginning of last year.

Exploiting a mark of 146 is surely within his capabilities given how classy he was at his best and he's a massive price given his connections.

Don't discount Singlefarmpayment, who always runs well of this course and distance despite usually finding one too good, while Calipto can continue the Venetia bandwagon with a big run.

Master Whitaker needs to prove himself over this trip but has a chance if he stays.

What a race it is this year. Reigning champion BUVEUR D'AIR returns to have a crack at becoming the first horse since Istabraq to complete the three-timer – and he can do just that.

Previous experience counts for so much in this race and he has that advantage over both mares Apple's Jade and Laurina.

He may have been beaten at Kempton over Christmas but he clearly ran below form and has since come out and laughed at the National Spirit winner, Vision Des Flos.

Nicky Henderson reckons he was below his best in last year's renewal despite winning, and he can silence the doubters once and for all.

Apple's Jade's disappointing Cheltenham record makes me think this will be one step too far for her.

Yes, she's been remarkable in Ireland this year but has never run as well over here and I reckon the two mile breakneck pace will see her found out.

Laurina has yet to run against anything decent and although she receives 7lb from the boys (along with Apple's Jade), she has plenty to prove in open company.

Sharjah is capable of running a big race though the fact that Ruby sides with Laurina is a bit of a deterrent, while Espoir D'Allen keeps improving and isn't out of it either.

An intriguing affair with Willie Mullins holding all the aces.

The Closutton cannonball fields the first three in the betting, and BENIE DES DIEUX should be able to win this for the second year running.

The form of her victory last year probably wasn't that great but she may not have to produce anything better to land this.

The absence isn't a problem given her trainer won this many times with Quevega on her seasonal appearance and I would be surprised if she wasn't good enough to beat this field.

She's top rated and we haven't seen the best of her yet.

Stablemate Limini is her main danger but she hasn't looked as good as she was a couple of years ago.

However, a reproduction of her fourth behind Presenting Percy at Gowran last time will see her in the shake-up.

Philip Kirby has declared his superstar mare Lady Buttons, which is very nice to see.

The helter-skelter pace will be ideal for her and she too has a big chance of picking up some place money.

Keep an eye out for Mia's Storm and Good Thyne Tara, both of whom have decent place claims at bigger prices.

This and the Fred Winter are the two most competitive races of the whole meeting.

That said, there are a couple that stand out from the rest and the most appealing is CUBOMANIA.

He won a decent novice chase at the track back in October and gets in here off the same mark.

Davy Russell takes the ride and trainer Gordon Elliott gave him a special mention in a preview night earlier this week.

He's not been in great form but expect his trainer to have him primed for a big effort.

A Plus Tard has some very smart novice form and could be a big danger off a mark of 144, which almost certainly underestimates him.

Good Man Pat is an interesting contender Alan King, who's had a horrid season. He didn't finish far behind Bags Groove last time and runs from from the foot of the weights.

The Irish have a very strong hand in this, with BALLYWARD the strongest contender under Patrick Mullins.

The amateur rode Back In Focus to win this race for Graham Wylie back in 2013 and can repeat the trick here.

He was an emphatic winner in Grade 3 company last time out and looks an out and out stayer – with that little bit of speed.

This is only his third run over fences so he should have plenty more improvement to come.

Discorama can make it an Irish 1-2.

He would have run Ballyward close last time out but for falling and has long looked as though a step up in trip would suit. He's one who's been given a strong word at the preview nights, too.

Whisperinthebreeze could go well at a big price. He was an impressive winner of a very valuable handicap at Leopardstown last time and is progressing fast.

Atlanta Ablaze and Gun Digger are others who could play a big hand.