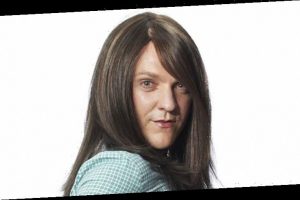 Australian comedian Chris Lilley has launched a podcast that pokes fun of woke culture almost a year after Netflix dropped a handful of his television programs amid criticism of his portrayal of non-white characters.

The audio series re-acquaints audiences with Ja’mie King, the melodramatic private schoolgirl character who first became a household name in Lilley’s 2005 mockumentary We Can Be Heroes: Finding the Australian of the Year. 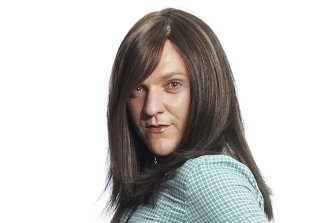 We Can Be Heroes was one of four shows to be removed from Netflix’s catalogue last year, along with Summer Heights High, Angry Boys and Jonah from Tonga. Lilley was accused of using blackface to portray an African-American rapper named S.mouse and brownface to play Tongan schoolboy Jonah Takalua. The four shows originally aired on the ABC between 2005 and 2014.

Netflix declined to comment on its decision. However, the call was made at a time when other TV giants were grappling with how to deal with inaccurate representations of race and slavery, along with blackface (when a performer wears make-up to imitate the appearance of a person of colour). In June, the BBC pulled the British comedy Little Britain from its digital library (the show features David Walliams performing in blackface). HBO Max also removed Gone With the Wind from its catalogue amid claims the 1939 American Civil War movie ignored “the horrors of slavery” and perpetuated “some of the most painful stereotypes of people of colour”.

The first episode of Ja’miezing, released on Wednesday, has Lilley performing in character as Ja’mie. In the 15-minute instalment, Ja’mie reveals she is now at university and the podcast is an assignment for her public relations degree. The character then goes on to discuss topics include weight gain, cosmetic surgery, hand-jobs and the size of her future son’s penis.

“I’m really woke now. So don’t say anything offensive, like, on my Facebook or whatever. Seriously, I’m really woke,” the character says in the podcast.

“While Ja’miezing is a podcast parody and intended as comedy, it may have brought up some real-life issues or concerns for you,” the show notes read. “We acknowledge the Traditional Owners of country throughout Australia and recognise their continuing connection to land, waters and culture.”

In 2017, Lilley came under fire for reposting an old music clip called Squashed N—a via his Instagram account, just days after a verdict was handed down over the death of Indigenous teenager Elijah Doughty in Western Australia.

The comedian’s most recent TV project, Lunatics, debuted on Netflix in 2019 and was one of the streaming giant’s most-watched series in Australia that year. When the show’s trailer was released, Lilley’s producer, Laura Waters, dismissed suggestions that one of the characters was a person of colour.

“Correcting some confusion,” she wrote. “When the series is released you will see that [South African woman] Jana is a white woman with huge 70s style curly hair.”

Lunatics is still available on Netflix. Lilley was contacted for comment.