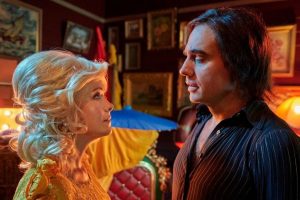 In its 15th edition, the six day destination film festival will be held from Aug. 23-28, 2022 across 35 locations in Western Australia’s South West, famous as a top wine producing region.

Veteran actor, Richard Roxburgh ( “Moulin Rouge,” “Elvis”) was named as chair of the Jury that will award a A$100,000 ($65,000) film prize for best Australian feature film or feature-length documentary.

Competing for the prize is director Gracie Otto’s feature film debut “Seriously Red” (which screened at SXSW earlier this year) which stars the film’s writer Krew Boylan as a Dolly Parton impersonator. It also stars Rose Byrne and Bobby Cannavale.

The competition also includes: the world premier of “Transfusion,” the directing debut of actor Matt Nable (“The Dry,” “The Twelve”) and stars Sam Worthington (“Avatar”) as a man who attempts to connect to his young son after a devastating loss; “Sweet As,” the feature film debut of writer-director Jub Clerc set in Western Australia’s Pilbara region; and “Of An Age” by Macedonian born, Australia-based writer-director Goran Stolevski’s (“Won’t Be Alone”). The film, which also appears in the Melbourne festival, is set in the summer of 1999 where an intense romance blossoms between a young Serbian ballroom dancer and his dance partner’s older brother.

“An extraordinary program talks to a diversity of audiences – from laugh-out-loud comedies and compelling dramas, to thought-provoking documentaries about current social and environmental issues, stories that showcase our First Nations people and films that tap into popular culture and music,” said CinefestOZ chair Margaret Buswell.