Home » Class comedy with bite: The Unusual Suspects is Vaucluse from the other side

Class comedy with bite: The Unusual Suspects is Vaucluse from the other side 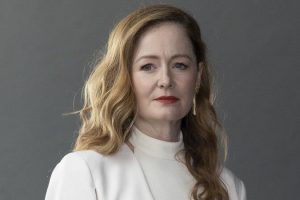 It takes a bit of effort to get past the early exchanges in The Unusual Suspects, a madcap social satire-cum-heist movie set in the wealthy eastern suburbs of Sydney. But stick with it, because there are ample rewards for those who do.

For the first 20 minutes or so, the focus is firmly on Sara Beasley (Miranda Otto), a vacuous social influencer in Vaucluse whose two kids serve primarily as props for her fabulously curated life (#beautifulbeastlies). 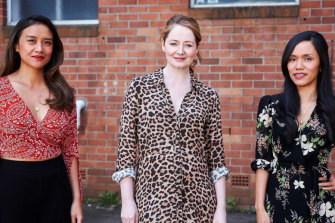 She’s on the brink of selling her website to a major American media company, telling the US emissary (Andrea Demetriades) sent to seal the deal: “You’re not buying a brand, you’re buying me. I’m goopier than Gwyneth and cooler than Kim.” Pee-yewk.

Former boyfriend Nick (Peter O’Brien, Otto’s real-life partner) is an artist fresh back from New York with aims of rekindling things with his old flame – and to let the paparazzi know about it, for a price.

They’re a pretty despicable bunch, this lot, self-centred, overly fed and watered, utterly undeserving of their harbour views (real estate envy is practically guaranteed). And their fabulously empty lives are only made possible by the Filippino nannies and housekeepers who keep them from going completely off the rails.

The central drama ostensibly revolves around the theft of a $16 million necklace from Roxanne’s and Jordan’s house during a kid’s birthday party. But the four-part series, created by Jessica Redenbach (a former commissioning editor at SBS, who knows exactly how to tick all boxes for the broadcaster), is really about the power dynamics between and mutual dependency of the staff and their supposed masters, and the upending of the established order. Think of it as a late-capitalist global-economy version of Upstairs Downstairs, played for laughs.

You can tell from the way she looks at Garth when he tells her she’d make a good mother one day that nanny Evie (Aina Dumlao) already is one, even if her employers have never bothered to ask. It’s her attempts to free herself from domestic servitude in Australia, and the threat of domestic violence in Manila, that drives her story. And ultimately it’s her story that drives the entire show. 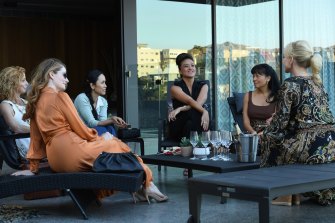 It’s an unusual proposition, The Unusual Suspects. It’s light, fluffy, frivolous and full of eye candy – and by the end, it’s laugh-out-loud funny in places, as it fully embraces its farcical inclinations.

But it also has serious considerations in mind: the sistahood; class politics; inherited versus earned wealth; criminality in its many guises (white collar, blue collar, black apron, blank canvas); systemic and unconscious racism. To its credit, it never lets any of those weighty issues become a drag on the comical caper element at its core.

You may, like me, find the frenetic opening sequence and the broad comedy a little jarring at first. But once the show finds its rhythm (or the viewer does) it’s a hoot.