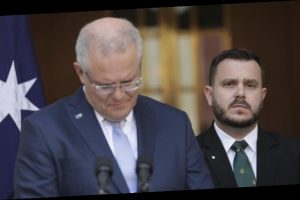 Half a dozen Coalition MPs have told Prime Minister Scott Morrison they will cross the floor on a call for the government to establish a royal commission on veteran suicides, as legislation for the government’s preferred option of an ongoing national commissioner remains stalled in the Senate.

A motion noting veterans have a suicide rate twice that of the general population and calling for a royal commission to examine the problem and solutions passed the Senate on Thursday with the backing of Labor, the Greens, One Nation and independents Jacqui Lambie and Rex Patrick. It will head to the House of Representatives for concurrence next week. 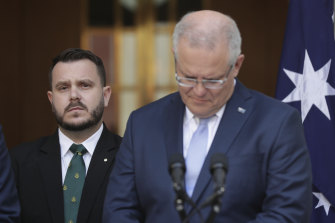 Liberal MP Phil Thompson (left), a veteran who served in the Middle East, has strongly backed a royal commission. Scott Morrison has said he would not pressure those who wanted to vote in favour.Credit: Alex Ellinghausen

Veterans among the government’s ranks told Mr Morrison they would cross the floor on the motion if it came to a vote, a source involved in the discussion who spoke on the condition of anonymity said. At least one was told the Prime Minister would not pressure them, and the motion is expected to pass without a division, meaning the names of supporters won’t be recorded.

After Craig Kelly quit the Liberal Party in February to sit as an independent, the government only holds 75 seats in the 151-seat lower house, with Speaker Tony Smith acting as the casting vote in the event of a tie.

Mr Kelly supports the push for a royal commission, as does independent MP Bob Katter.

Labor’s veteran’s affairs spokesman Shayne Neumann said: “the Prime Minister’s got no alternative” to letting the motion through.

Former SAS major Heston Russell, who has been campaigning for a royal commission, said he understood there were six MPs who had been considering crossing the floor and others looking at abstaining. 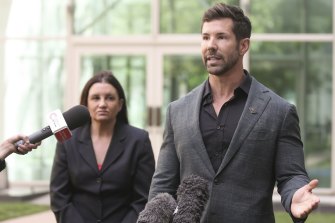 “A lot of these people have actually gone to the Prime Minister saying it’s a bit of a no-brainer, we only have everything to gain from supporting this, this conversation’s gone on for too long, can we please just call it before it goes to a vote,” he said.

The government wants to establish a national commissioner for defence and veterans suicide, which it says has the same powers as a royal commission but is ongoing, reporting to Parliament each year. It has appointed former ACT coroner and army brigadier Bernadette Boss as the interim commissioner, but legislation formalising her role and powers is stalled in the Senate.

One Nation leader Pauline Hanson, whose support is crucial to the government passing the bill, says she won’t back the national commissioner legislation.

“The Prime Minister’s only chance to regain the faith of this deeply hurt Defence community is to announce a royal commission into defence suicide,” she said.

Mr Russell said a royal commission had become a “symbol of hope” for veterans.

“They need to be able to come in and tell all their stories and we need to be able to put that together, grab those actions and recommendations … and move forward,” he said. “Whereas with a rolling national commissioner, we keep dragging this shadow and this burden down the road with us.”

“We know in the world, suicides aren’t going to stop in the veteran community. I wish they would but we have just got such a high number,” he said.

“It’s to look at the dark hole that people that have gone into and haven’t come out from … whatever happens, there must be light shone on where the failings have happened.

“People aren’t dying for nothing. People are dying by suicide because of some sort of miss and failure.”