Occasionally, The Bachelor deals with more than just rose ceremonies, running mascara, and the everyday he-said, she-said. A show with such a national platform should use it more often for good, and on Colton’s season of The Bachelor, he and Caelynn were able to dive deep into their vulnerabilities on their one-on-one date. And Colton’s reaction to Caelynn’s sexual assault story on The Bachelor was touching and caused him to open up about his own romantic past.

Caelynn and Colton have obvious chemistry, and on their one-on-one date in Singapore, their connection seemed to deepen. It was a fun day, compounded by Caelynn feeling comfortable enough with Colton to tell him the story of her assault. She told him that she and her friends were out at a party when she was in college, and her drink was drugged. “I woke up the next morning and I was completely naked in my bed… and I knew that something bad had happened,” she told Colton. A friend of herself also alleged that “another guy… in front of his fraternity brothers … lifted up my dress, they watched and laughed and took photos and Snapchats. It was horrible,” she told Colton.

As Caelynn told the story, Colton sat rapt, and when she was done, he told her how strong he thought she was and told her that the fact that it happened to her was "devastating." It was a risk for Caelynn to open up to Colton like that, but Caelynn ultimately seemed to feel better getting that off her chest.

And this exchange actually encouraged Colton to do the same, too. "I have had a situation in my past where I was in a relationship, and she was sexually abused," Colton told Caelynn. "And for me, that was the hardest thing I ever had to watch… going through something with someone, looking into her eyes and just knowing the pain associated with it. And who am I to feel the pain when I wasn’t the victim?" Colton has been on the other side on this, and he has an understanding of the pain, shame, and self-doubt that plagues survivors. He gets it, and Caelynn knows he gets it. He’s a man that will be there. 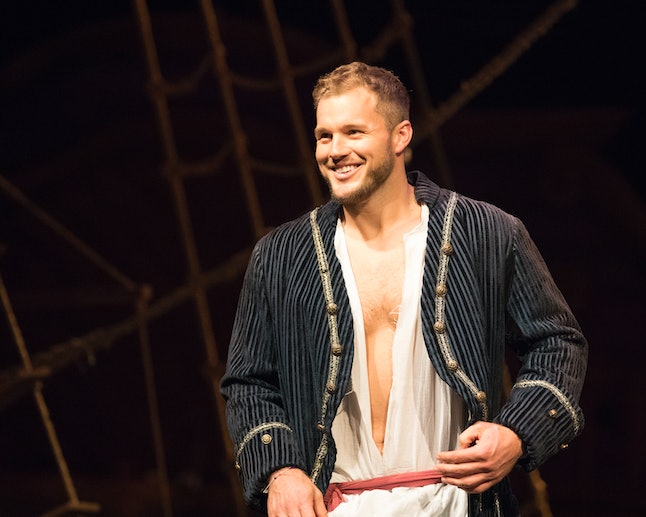 Caelynn has used her platform as a former Miss North Carolina to speak out against sexual assault. In a video from the Miss USA Pageant, Caelynn said that she feels compelled to share her own story to help others. "Every single time I’ve told my story, at least one survivor has come forward, as well," she said. "This is a huge issue, and I want to be an advocate for those survivors."

Could these two go all the way? It’s still early in the season to say, but if Colton and his eventual bride want to be in a committed relationship, he has to know it’s not going to be helicopters and hot tubs all the time. Real relationships go through good and bad, and they take work. Laying a foundation of trust like the kind Caelynn and Colton spoke about tonight is what will make a couple go the distance. It seems like Colton and Caelynn are already off to a good start on The Bachelor.

If you or someone you know has been sexually assaulted, call the National Sexual Assault Telephone Hotline at 800-656-HOPE (4673) or visit online.rainn.org.