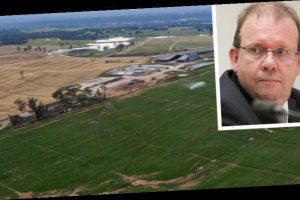 The Auditor-General called in police to investigate a $32.8 million land purchase near the Western Sydney Airport because he believed the Commonwealth may have been defrauded.

Grant Hehir said while the Australian National Audit Office didn't find direct evidence of fraud in its investigation of the 2018 purchase of the land dubbed the Leppington Triangle, there were "gaps in the evidence" gathered. 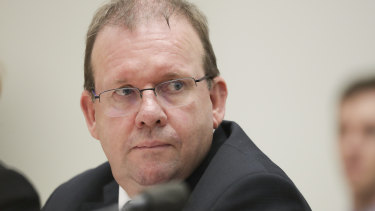 "There's a whole pile of sequences of actions which we couldn't explain. We could hypothesise various different assumptions of what may have happened but it wasn't clear to us why it would happen," he told a Senate estimates committee on Monday night.

"Some of the issues were suggestive of that the Commonwealth may have been defrauded."

The purchase came under scrutiny from the Auditor-General after the government valued it at just $3 million less than a year after buying it for $29.8 million, plus $3 million GST.

Mr Hehir spoke to the Australian Federal Police commissioner about the matter on July 10 and sent over all the evidence gathered during the audit on July 13, more than two months before his report was publicly released. 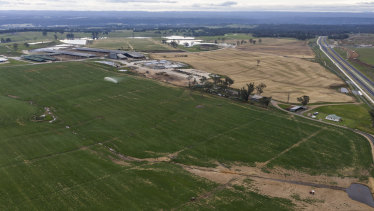 Land near the Western Sydney Airport was bought for more than $30 million, while a similar parcel of land cost just $3 million.Credit:Wolter Peeters

Mr Atkinson said the department had also sought to refer the matter to police, on October 8, only to learn the auditor had already done so.

ANAO executive director Brian Boyd said the valuation approach used for the Leppington Triangle land was different to what the department used on other occasions. The valuer used was suggested by the land owner and was given instructions including to treat the land – part of a dairy farm – as if it were zoned for industrial use.

"For very valid reasons you cannot be constructing industrial buildings at the end of a runway where you need high intensity approach lighting and public safety zones… It's not land that could be used for residential purposes either," Mr Boyd said.

"Essentially we ended up paying around $2.4 million per hectare for land that other valuations were saying only was worth around $120,000 per hectare."

Australian Public Service Commissioner Peter Woolcott, who is responsible for integrity issues within the bureaucracy, described the audit report as "very grim reading".

"I've got an open mind as to whether it's simply just confined to that particular Western Sydney Unit or not," he said.

"The suggestion certainly in the conversations I've had with Mr Atkinson, he believes it's confined to that unit but obviously we will see."

The most important news, analysis and insights delivered to your inbox at the start and end of each day. Sign up to The Sydney Morning Herald’s newsletter here, to The Age’s newsletter here and Brisbane Times‘ here.