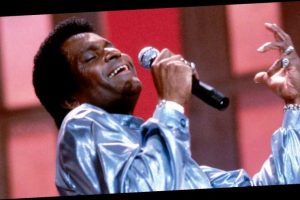 Country star Charley Pride died on December 12 in Dallas, Texas from complications related to COVID-19. In November, the singer received a lifetime achievement award from the Country Music Association. At the ceremony, Pride performed a duet of his classic “Kiss an Angel Good Mornin’” with Jimmie Allen.

Performers on the CMA Awards telecast had undergone COVID-19 tests before appearing. Pride’s fellow country music colleagues expressed their condolences on social media. Dolly Parton tweeted, “I’m so heartbroken that one of my dearest and oldest friends, Charley Pride, has passed away. It’s even worse to know that he passed away from COVID-19. What a horrible, horrible virus. Charley, we will always love you.”

Pride was inducted in the Country Music Hall of Fame in 2000. A three-time Grammy winner, the singer was among the first African-Americans to find success in country music. Since his debut, others such as Stoney Edwards and Darius Rucker have also crossed over in the genre. Pride had 29 No. 1 country chart hits and 21 top-10 country entries for RCA Records between 1966 and 1984. He is listed as the No. 3 hit-producing artist of the ’70s, after Conway Twitty and Merle Haggard.

Although his race was initially kept hidden by record studio execs, Pride’s music found acceptance among white, working-class listeners who identified with the singer’s sharecropping background. “He was the right singer at the right time in history. Pride definitely profited from the heightened mood of racial tolerance promoted in the United States by the civil rights movement and from the desires of the country music industry to improve its image and broaden its audience,” said country music historian Bill C. Malone.

Born in Sledge, Mississippi, Pride was one of 11 children. As a child, he worked as a cotton picker on a tenant farm. In 1971, he received the Country Music Association’s entertainer of the year award in 1971, and was voted best male vocalist by the CMA in 1971 and 1972. He is survived by his wife, Rozene; two sons; and a daughter.

END_OF_DOCUMENT_TOKEN_TO_BE_REPLACED

END_OF_DOCUMENT_TOKEN_TO_BE_REPLACED
We and our partners use cookies on this site to improve our service, perform analytics, personalize advertising, measure advertising performance, and remember website preferences.Ok