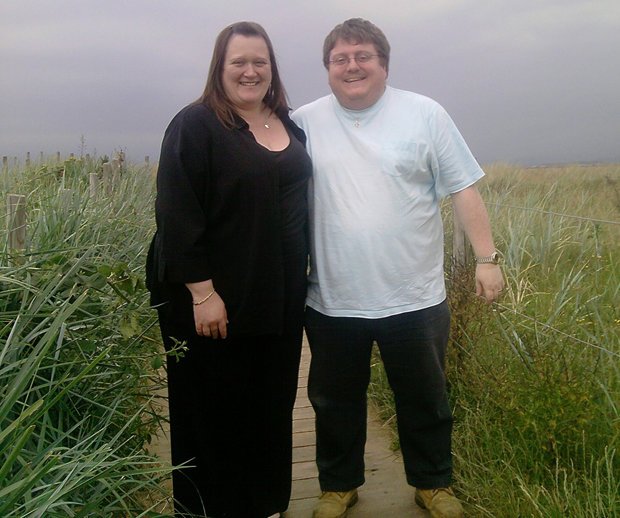 At his heaviest, Justin tipped the scales at 19.13lbs.

Tracey’s turning point came after she was rejected from a sales assistant job.

She failed to fit into the size 22 uniform – the largest the retailer provided.

The mum, who was then unemployed, said: “I was being interviewed for a job as a sales assistant and the interviewer asked what size I was. 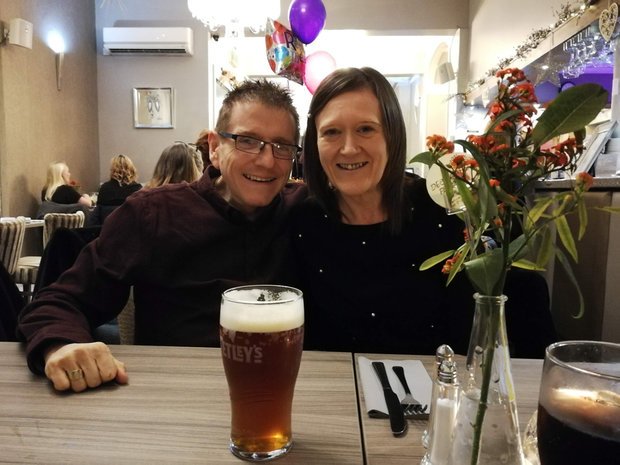 Justin suffered similar embarrassment when he was due for an MRI scan.

Doctors told him he was too heavy for the machine, which made him realise how much he was at risk.

After their local GP offered them 12 weeks of Slimming World support, the couple vowed to change their lifestyle.

They ditched takeaways for protein-filled meals and incorporated fruit and vegetables into their diet.

These food swaps proved to be very successful, as the pair lost 20st in just 12 months.

But when Justin and Tracey dropped down to 7st 7lbs and 8st 6lbs, respectively, friends were concerned they’d taken the diet too seriously.

This was difficult for the couple to hear, but they soon realised their loved ones were right. 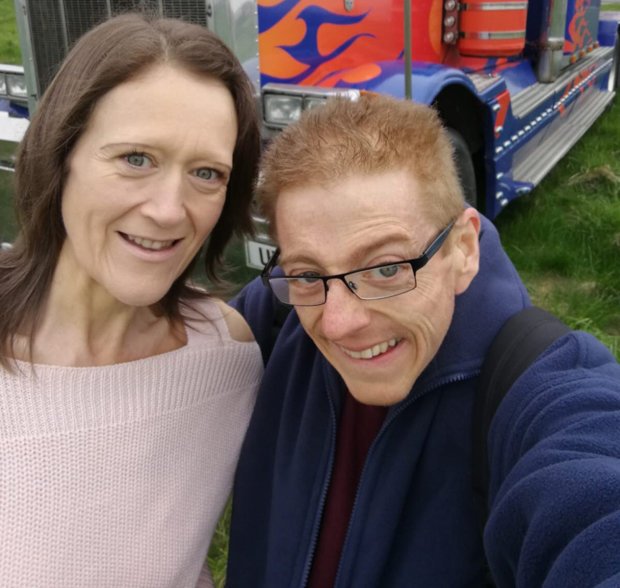 Tracey said: “We went to the Slimming World annual party and everyone said Justin and I looked ill.

“We took offence at first, we couldn’t help but think that people were just jealous. But now we realise they were right…

“We just went too far; at one point we couldn’t even open the supermarket fridge doors – they were too heavy.

“I had to take a photo of Justin from behind so he could see just how skinny he’d got.”

Determined to get to a healthier weight, the pair upped their goal weights and increased their healthy portion sizes.

They’ve since put on a few more pounds – with Justin and Tracey weighing 9st 3lbs and 9st 9lbs respectively.

Claiming they have never been happier, Tracy continued: “Looking back at that job interview almost two years ago, it’s hard to imagine that person was me.

“Now I’m doing a job I love, which is something I thought would never be possible because of my weight.

“We’ve turned our lives around. We look great and feel great and it’s so much more than just how we look in the mirror.”

Shirley Ballas has made sure she isn’t lonely on the road during the Strictly Come Dancing Live Tour. The head judge was joined by her […]

END_OF_DOCUMENT_TOKEN_TO_BE_REPLACED

Philip Schofield and Holly Willoughby explained the model’s absence from Sunday night’s show by saying she and Hamish had “parted ways”. A source quickly revealed […]

Girl, 15, bullied for looking decades older due to rare condition gets new face

END_OF_DOCUMENT_TOKEN_TO_BE_REPLACED

END_OF_DOCUMENT_TOKEN_TO_BE_REPLACED
We and our partners use cookies on this site to improve our service, perform analytics, personalize advertising, measure advertising performance, and remember website preferences.Ok