CRAIG BROWN: Eek! It’s the curse of the bad thriller movie – have I not seen this one before?

We thought we’d watch a thriller, so I turned to Amazon Prime and found one called Fear.

The description read: ‘Mark Wahlberg, Reese Witherspoon and Alyssa Milano star in this riveting suspense-thriller about a passionate romance that transforms into a nightmarish obsession.’ This seemed to tick the right boxes, so I pressed the button to buy it.

The film opened at an attractive wooden house beside a lake. A man was running in some woods. As he arrived at the house, I experienced a strong sense of deja vu. 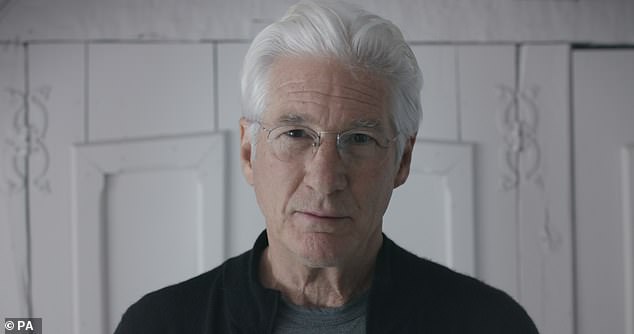 One of the movies featured Richard Gere, pictured, starring with Kim Basinger

‘I think we might have seen this one before,’ I said. And soon the whole plot had come back to me: against her parents’ advice, Reese Witherspoon falls for a young man who turns out to be a psycho, the dog gets killed, and then the dad gets killed and it all ends in a bloodbath.

Why hadn’t I remembered seeing it before? I told myself that Fear was an oddly forgettable title, which could be applied to any thriller.

We thought we’d cut our losses, or rather double our losses, but cut our boredom, by ordering another thriller instead. So we clicked on ‘Customers Also Watched…’, and up came a list of other thrillers on offer.

First was Guilty As Sin with Rebecca De Mornay. ‘A hot-shot criminal defence attorney is caught in a web of manipulation by her smooth-talking playboy client accused of murder,’ read the description. Had we already watched this one, too? I certainly didn’t want to be caught out again. So we clicked on the next. 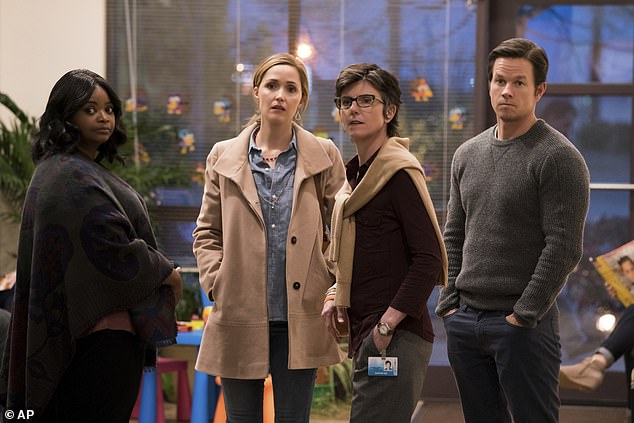 One of the movies on offer featured Mark Wahlberg, pictured right

Up came Final Analysis with Richard Gere and Kim Basinger. ‘Psychological thriller about a psychiatrist who becomes a murder suspect after allowing himself to become more than professionally involved with two wacky sisters.’

Worried we had seen Final Analysis before, I clicked on the next: No Good Deed. ‘Terri is a devoted wife and mother of two, living an ideal suburban life in Atlanta when Colin, a charming but dangerous escaped convict, shows up at her door claiming car trouble.’

More from Craig Brown for the Daily Mail…

This, too, sounded familiar. In thrillers, charming but dangerous escaped convicts are always showing up at ideal suburban doors, most of them claiming car trouble.

Next! Trapped with Kevin Bacon. ‘When Will and Karen are held hostage and their daughter is abducted, a relentless 24-hour plan is set in motion that will challenge everything they took for granted.’ Next! Deceived with Goldie Hawn. ‘A wife discovers evidence of her husband’s murder.’ Next! Domestic Disturbance with John Travolta. ‘A divorced father discovers that his 12-year-old son’s new stepfather is not what he made himself out to be.’ Next! Guilty As Sin with Rebecca De Mornay. ‘A hot-shot criminal defence attorney is caught in a web of . . .’

This one certainly rang a bell. Ah, yes! I had been reading about it barely two minutes before. And so it went on. By now, I was beginning to suspect that I had already watched every thriller that had ever been made, and a good proportion of those that haven’t yet been made.

‘When a young doctor suspects she may not be alone in her new Brooklyn loft, she learns that her landlord has formed a frightening obsession with her,’ reads the description for a film called The Resident. Who could honestly remember whether they have seen it or not?

By now, thrillers have run through every plot variation, countless times: the man who is not who he says he is, the charmer who turns out to be a crazy psycho, the woman who senses there’s someone else in the house, the passionate romance that turns into a nightmarish obsession. And so on, and so on.

Over time, the suspense thriller has lost all its suspense and all its thrills. Instead, it has become comforting in its predictability, like a cuddly toy, or a digestive biscuit.