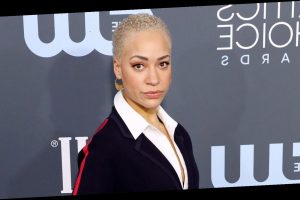 From American Crime Story to Doctor Foster and Liar, our love for a murky TV thriller knows no bounds.

So it’s music to our ears to hear that another taut and suspense-ridden series is in the works for next year.

Netflix in November 2020: the best new films and TV shows coming this autumn

The eight-part drama will be produced by Nicola Shindler and Richard Fee, the same team behind hit Netflix thriller The Stranger; another adaptation of Coben’s work that aired earlier this year.

Jumbo is joined by Cold Feet’s James Nesbitt and Richard Armitage (who also starred in The Stranger) in playing a trio of characters whose comfortable lives are thrown into turmoil after a long-lost secret comes back to haunt them.

Broadchurch’s Sarah Parish is also on-board for the series.

Stay Close sees Jumbo take on the role of Megan, a busy suburban mum whose life is torn apart after Lorraine (Parish), a friend from her past, delivers some shocking news.

The revelation has a devastating knock-on effect on Ray (Armitage), a once-brilliant photographer stuck in a dead-end job pandering to rich kids, and Broome (Nesbitt), a detective who can’t let go of a missing persons cold case.

Netflix’s The White Tiger: Priyanka Chopra Jonas explains why her new film will make you “uncomfortable”

According to the book’s Amazon blurb, the plot centres on these “three ordinary people, who discover that when the past refuses to stay buried, the American dream can be a nightmare”.

Cue: a once happy neighbourhood overshadowed by long-ago events that come crashing back, with dark and terrifying consequences.

As with previous adaptations of Coben’s books, Netflix’s version of Stay Close will relocate the book’s story from the US to UK shores: filming is set to take place in Manchester and the North West of England.

“I’m so excited to work alongside Netflix, Nicola and the whole team on Stay Close,” says Jumbo, who is best known for playing the lawyer Lucca Quinn in The Good Fight, as well as starring in Deadwater Fell. “I can’t wait to get my teeth into such a brilliant British thriller.”

The Undoing episode 1 recap: Grace’s life is unravelling faster than she can keep up

Writer Coben, who is part of the production crew for the new drama, paid tribute to “a dream-come-true cast”; including Armitage, whom he worked with previously on The Stranger.

“Cush Jumbo, an incendiary and awesome talent; Jimmy Nesbitt, a legendary actor I always wanted to collaborate with; and wow, Richard Armitage back again!” he said. “From what I’ve seen so far, Stay Close will be our most gripping and binge-able series yet.”

Filming for Stay Close will start in early 2021, with an air date for later next year. We, for one, are counting down the days.

END_OF_DOCUMENT_TOKEN_TO_BE_REPLACED

END_OF_DOCUMENT_TOKEN_TO_BE_REPLACED
We and our partners use cookies on this site to improve our service, perform analytics, personalize advertising, measure advertising performance, and remember website preferences.Ok