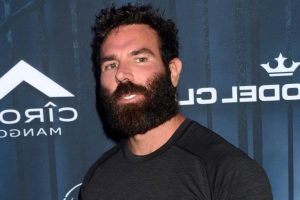 Dan Bilzerian is claiming that he had his $1 million luxury timepiece stolen at the Canelo Alvarez vs Caleb Plant boxing match in Las Vegas. The professional poker player is offering a reward of $50,000 for the Richard Mille watch.

The Armenian-American businessman was at the MGM Grand Garden Arena on Saturday night to watch Alvarez become the undisputed super-middleweight title.

Bilzerian regularly flaunts his extravagant purchases on social media. His playboy lifestyle has helped him build a following over the years, including 32 million Instagram followers.

He was one of many celebrities, including Mike Tyson, in attendance last weekend. At the fight, Alvarez made boxing history in unifying the super-middleweight division.

According to TMZ, Bilzerian was taking photos with fans as he made his way toward the ring. During this time he thinks someone may have subtly slipped the luxury watch off of his wrist.

The watch appears to be a Richard Mille 65-01 worth between $950 thousand and $1 million. The piece would be an easy target for theft as its carbon fiber construction is lightweight, and it lacks a locking mechanism.

RELATED: Jeremy Piven’s House Was Robbed With $20K Worth Of Clothing Stolen

The luxury watchmaker claims the RM 65-01 is the most complex timepiece to ever leave its workshop. Taking over five years to develop, it has a delicate construction consisting of over 600 individual parts.

The designer timepieces usually range from $80 thousand to $2 million at retail. The timepieces are highly coveted because of their complicated construction and avant-garde materials. Although the RM 65-01 retails for $300 thousand, because of the scarcity of the piece it is selling for around $1 million on secondary markets.

The poker player says he filed a police report immediately following the fight on Saturday night. He is also offering a $50 thousand reward for anybody who can provide information leading to the watch’s return. He hopes that the reward will encourage people to come forward with footage of the night, as he hopes the alleged thief was caught on camera.

Bilzerian told TMZ that he did not have the luxury watch insured. MGM Grand Garden Arena also declined to provide any surveillance footage from the walkout area, which is where he believes the watch disappeared.

Although the theft is sure to upset Bilzerian it is hardly a financial setback for the businessman who is worth an estimated $200 million.