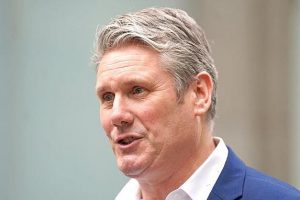 DAN HODGES: The voters will forgive many things Sir Keir, but self-righteous hypocrisy is just not one of them

Labour lied. And lied. And lied again. ‘We were in the office to do work,’ Sir Keir Starmer told TV interviewer Susanna Reid last Wednesday.

‘At some point, this was in the evening, everybody’s hungry and then a takeaway was ordered. It was then delivered into the kitchen of the offices. So this was brought in, and at various points people went into the kitchen, got a plate, and got on with their work.’

But they didn’t. After months of inexplicable – and increasingly desperate – evasion, obfuscation and deceit, the truth about Beergate can finally be revealed.

I spoke to someone who was one of those – they estimate about 15 people – who were in the Durham offices for the duration of the event on April 30, 2021. And unlike Labour’s leader, they were clear and open about the details.

At about 7.30pm, Starmer filmed some clips to be used in campaign videos. Once that was completed, he sat down for a briefing with one of his press officers to prepare him for a series of interviews due to be conducted in Hartlepool the next day. Then he and his deputy Angela Rayner appeared via Zoom for an online Get Out The Vote campaign rally. That event ended about 9pm. 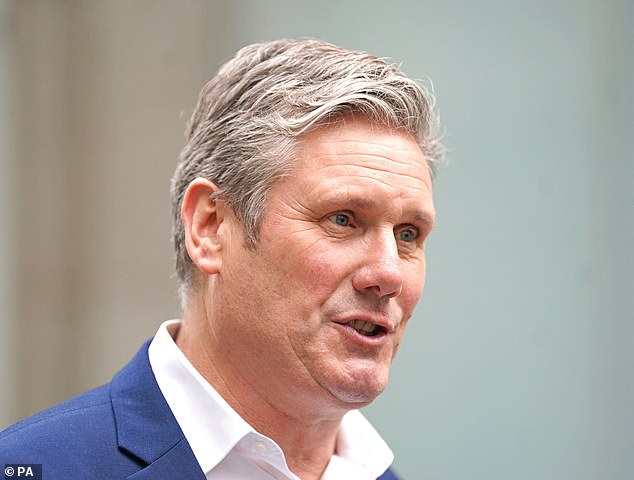 Labour lied. And lied. And lied again. ‘We were in the office to do work,’ Sir Keir Starmer told TV interviewer Susanna Reid last Wednesday

And it’s at this point that Labour begins to spin its web of deception. According to Starmer’s account, ‘everyone’s hungry, and a takeaway was ordered’. But there’s now compelling evidence that this was not the impromptu decision the Labour leader claimed.

From the beginning, Starmer and his team have wanted everyone to believe their decision to sit down for a curry and a beer was a spontaneous one, taken in the middle of their working day. But it wasn’t. It was planned.

According to my source, ‘if we’d have been in London we could have ordered food at 7.30pm and it would have arrived by 8pm. But it took ages for the food to arrive. I think it might have arrived late, but the order was phoned through earlier. I’m not sure when.’

Which matters. On Thursday’s Question Time, Labour MP Louise Haigh was asked what the difference was between her leader’s meal, and the event for which Boris and Rishi Sunak were fined.

She replied: ‘Well, that was by all accounts pre-arranged, a social event.’ And as the Prime Minister and his Chancellor found to their cost, pre-arranged social events – however minor – were in breach of the rules.

Starmer and his aides have wanted everyone to believe something else. ‘At various points people went into the kitchen, got a plate, and got on with their work,’ he claimed. In other words, the eating and drinking and working were conducted concurrently. 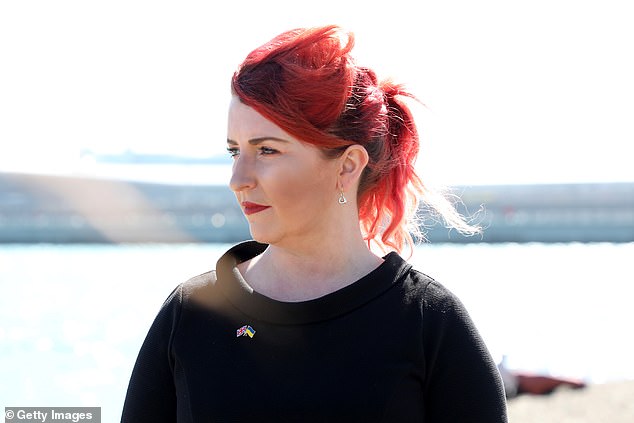 On Thursday’s Question Time, Labour MP Louise Haigh was asked what the difference was between her leader’s meal, and the event for which Boris and Rishi Sunak were fined. She replied: ‘Well, that was by all accounts pre-arranged, a social event;

They were all part of the campaign activity that – at that period in the lockdown cycle – was allowed by law. But again, it was a falsehood. The Mail on Sunday has obtained a copy of Starmer’s schedule for the day in question. It has a clearly defined entry: ‘20.40 – 22.00 Dinner in Miners Hall with Mary Foy.’

The curry and beers don’t appear to ever be part of the campaigning activity. From the very beginning, they were always supposed to be a standalone, pre-planned ‘dinner’ with the local Labour MP.

Which is why Keir Starmer and his team propagated a third deception. ‘We were very busy,’ he told the BBC’s Sophie Raworth in January. ‘We were working in the office. We stopped for something to eat, and then we carried on working.’

But again, the evidence is clear that they didn’t. I asked my source if it was true that after the curry had been delivered, Starmer and his team went back to work. ‘Of course not,’ the source said. I asked if they were absolutely sure. ‘I’m not aware of any work after. It certainly wasn’t in any plan or schedule,’ they reiterated.

Which again is confirmed by Starmer’s official itinerary. The Mary Foy dinner is followed by one final entry. ‘22.00 – 22.15 Walk from Miners Hall to Radisson Blu.’

An eyewitness and Starmer’s own diary confirm he never went back to work after his beer and curry. Instead, he got into his car with his protection officers and returned to his hotel. His staff apparently walked or got taxis.

‘I’m not sure when they all got back, but no one was hanging around at the hall,’ my source confirmed.

And with that, all the pieces finally fall into place. The seemingly bizarre attempts to play down the scale of the event. Rayner was there, but Labour initially pretended she wasn’t. Starmer said he thought he was with about six staff, but my source cites 15, and other sources have said as many as 30.

The strange incident on the House of Commons terrace, when Mary Foy grabbed at Tory MP Richard Holden, and began angrily berating him for asking Durham Constabulary to reopen the investigation.

And the thing that confused me most of all: as the questioning over what happened that evening intensified, Starmer and his team become more and more evasive.

He claimed he had filmed ‘pieces to camera’. But no one could provide them.

He claimed to have done other campaigning activity. But no one could even outline precisely what that was.

Now we know why. The reason Starmer and his team failed to provide a comprehensive breakdown of the events of that night was because to do so would have meant admitting they retained a detailed record. And once they had done that, they would have been asked to provide it.

They would have seen, in other words, that Labour’s explanations about exactly what happened that night were a tissue of lies.

This morning, Starmer is calling on people to be patient, and give Durham police time to conclude the investigation they have reopened after receiving ‘significant new information’. But back in January, he adopted a rather different stance.

‘Honesty and decency matter,’ Starmer opined, after the Metropolitan Police announced they were commencing an investigation into Boris Johnson’s lockdown breaches. ‘After months of denials, the Prime Minister is now under criminal investigation for breaking his own lockdown laws. He needs to do the decent thing and resign.’

Rayner wrote: ‘What a reflection on the man who holds the very highest office in our country. Yet still he feels he can hang on? A complete disgrace.’

Well, if Johnson does feel he can hang on, this is why. That beer the Labour leader swallowed last April is poisoning him. The voters will forgive many things. But hypocrisy – or even worse, self-righteous hypocrisy – is politically toxic.

And Starmer is already toxic enough. Despite the best efforts of Labour’s spinners, Thursday’s election results represented another dismal mid-term Labour showing. Further erosion of the Red Wall. Minimal gains in the South and South East. A series of pyrrhic triumphs in its London bastion.

And that was before Durham Constabulary came knocking. Now all Starmer’s portentous words are going to come back – not so much to haunt him, as descend on him like avenging furies.

Trust. Honesty. Decency. Transparency. These were supposed to form the foundation of Starmer’s leadership, and ultimately, premiership. A foundation that, through his own stupidity, is splintering beneath his feet.

What has he been thinking these past few weeks? As the questions mounted, and the lies were compounded, why didn’t he call a halt, and just tell the truth?

How has he failed to learn the lesson of Johnson’s own Partygate defenestration? And remember the cast-iron political rule: it’s never the offence, it’s the cover-up.

On the first anniversary of his election as Labour leader, Starmer was asked what qualities he shares with his great political rival.

‘I don’t want to be Boris Johnson,’ he said. ‘I’m not like Boris Johnson in any respect. There’s almost nothing we have in common.’

There is now, Sir Keir.