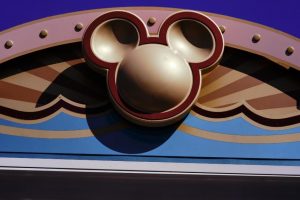 Wall Street recently cheered Disney’s fiscal performance, judging by how the stock has performed since the company offered details of its second quarter performance. And yet, there are some investors who still think the owner of ABC, Disney World and Hulu has much further to go.

In an Aug. 15 letter to Disney CEO Bob Chapek, activist investor Third Point LLC suggested that Disney consider spinning off sports-media juggernaut ESPN, buying out Comcast’s stake in Hulu and reconfiguring its board of directors.

“We expect to see the quality of Disney’s financial results improve as the Company’s business shifts further” into the direct-to-consumer arena, Third Point CEO Daniel Loeb said in the note to the Disney chief, while noting that “our confidence in Disney’s current trajectory is such that we have, in recent weeks, repurchased a significant stake in the Company.”

Loeb suggested that Disney “embark on a cost cutting program that addresses both margins and the disposal of excess underperforming assets” and not restore its dividend, which it stopped paying out to deal with conditions imposed by the global coronavirus pandemic. Loeb also recommended that Disney consider buying up Comcast’s minority stake in Hulu ahead of the 2024 contractual deadline when Disney must do so. And he suggested that Disney spin off ESPN while maintaining contractual links to the sports outlet, in such a way that ESPN will be able to delve more deeply into sports betting. Finally, Loeb called for a “board refresh,” and said he had some potential candidates in mind.

Disney did not immediately respond to a query seeking comment.

Third Loeb’s interest is the latest challenge to Disney, which is in the midst of a massive reorganization of its portfolio that is orienting the company more readily towards streaming and broadband consumption by its fans. Disney has in recent months moved some of its most recognizable content — some Pixar movies and ABC’s “Dancing With The Stars,” for example — over to Disney+. Disney recently reported that subscriptions to its three main streaming outlets — Disney+, Hulu and ESPN+ — were greater in total than the number of people subscribing to one of its biggest rivals, Netflix.

Fulfilling some of Third Point’s requests would rework the structure of Disney’s operations in significant fashion. Even though it has lost subscribers, like many cable networks competing in an era of so-called “cord cutting,” Disney’s ESPN and several other related cable networks throw off a significant amount of advertising and subscription revenue each year for their parent company. What’s more, buying out Comcast’s Hulu stake would not be cheap.

Loeb acknowledged some of these issues, but urged Disney to move forward. “ESPN would have greater flexibility to pursue business initiatives that may be more difficult as part of Disney, such as sports betting. Customers of ESPN and sports leagues would be better served by a focused management team driving a leadership position in sports distribution,” he said. “We believe that most arrangements between the two companies can be replicated contractually, in the way eBay spun PayPal while continuing to utilize the product to process payments.”