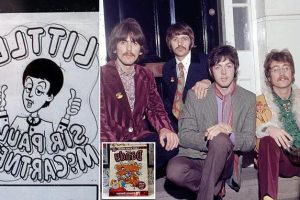 A comic strip starring Sir Paul McCartney which was never published has gone on display in a museum.

The Little Sir Paul McCartney cartoon was created for The Dandy by cartoonist Nigel Parkinson in 2012, but was never used.

Now, the half-finished storyboard has gone on display at the Liverpool Beatles Museum.

In 1963, the Beatles star told NME magazine it was his dream to appear in The Dandy. 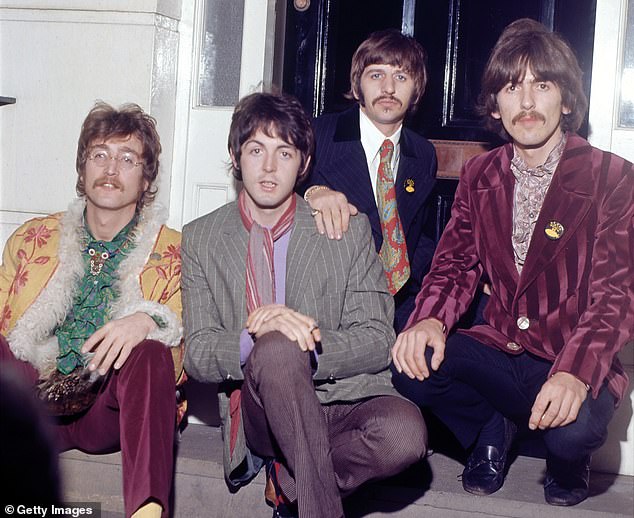 In 1963, Beatles star Sir Paul McCartney told NME magazine it was his dream to appear in The Dandy 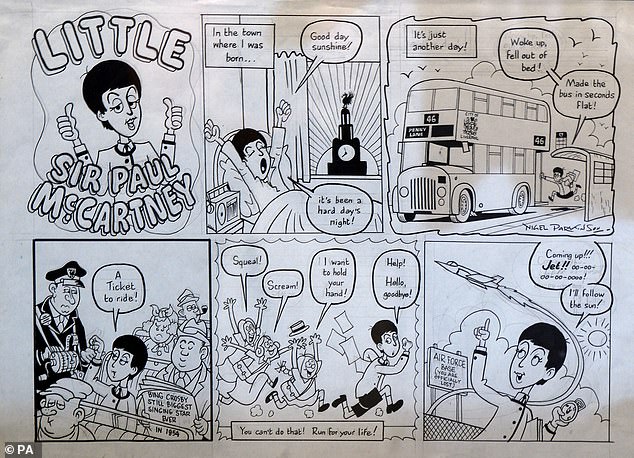 The story board for the unused Little Sir Paul McCartney comic strip featuring the former Beatle, which was to be published in the Dandy, on display at the Beatles Museum in Liverpool

Although the Little Sir Paul McCartney concept was never completed, he did feature in the comic in 2012.

Mr Parkinson – who draws Dennis the Menace for The Beano – said he sent the star two copies of the comic after it sold out in his local shop.

He said: ‘He emailed me to say: ‘Thanks so much, it was brilliant.’ 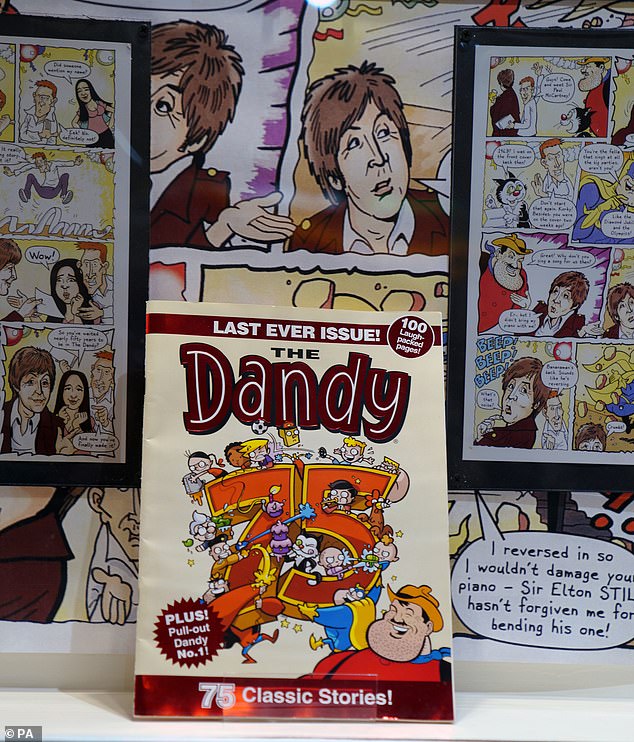 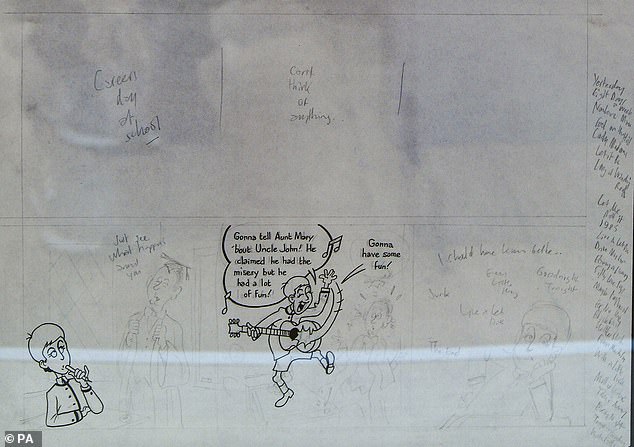 ‘He told me some members of his family said it was the greatest thing he’d ever been associated with.’

The previously unseen Little Sir Paul McCartney strip shows the musician waking up in bed, with the Liver Building visible through his window, and catching a bus before being chased by fans.

It references some of his famous lyrics, from songs including A Hard Day’s Night, Ticket to Ride and I Want To Hold Your Hand.

He said: ‘It was nerve-wracking drawing Sir Paul. 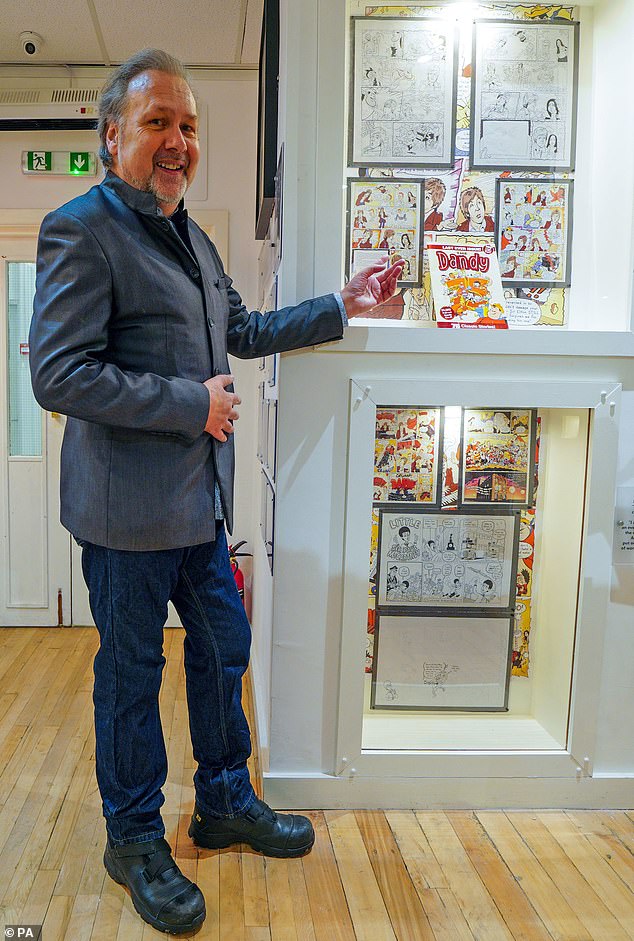 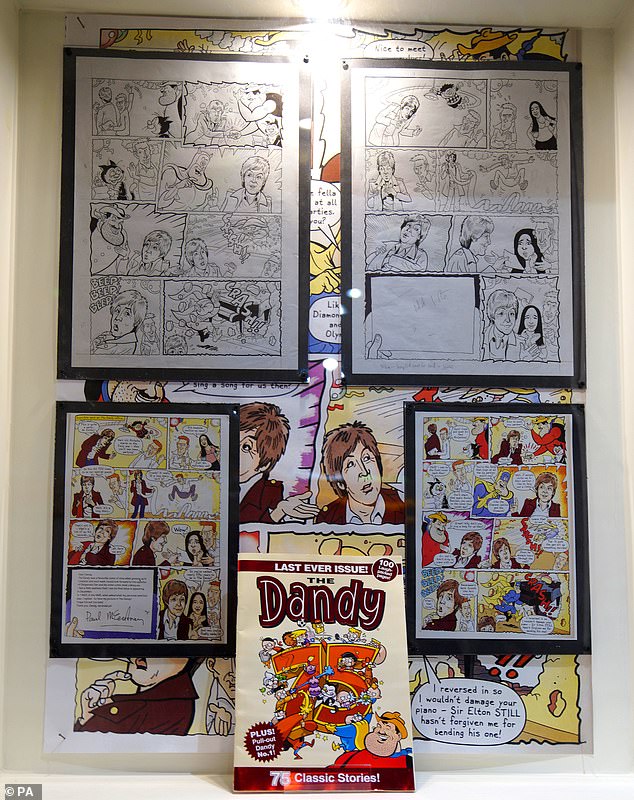 It is the first time the storyboards of Little Sir Paul McCartney has been seen. The music legend was knighted by Her Majesty the Queen for services to music in 1997

‘I’ve drawn lots of celebrities before and normally I capture them quite quickly but I have been looking at him on TV since 1962, have seen him in magazines and I’ve seen him in concert a couple of times, so I thought it would be quite hard to capture all the different factors of his personality.’

Storyboards for the uncompleted cartoon strip and the version which was published have gone on display together in the Mathew Street museum.

The museum, which houses a wide range of Beatles memorabilia, is owned by Roag Best, the brother of the band’s original drummer Pete.

The Dandy was one of Britain’s longest-running children’s comics, and featured famous characters such as Desperate Dan and Korky the Cat.

Its final printed edition was published by DC Thomson on the comic’s 75th anniversary in December 2012.