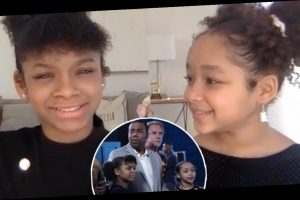 The young actresses also shared what they’ve learned from their co-stars Chris Redd and Don Johnson.

“Kenan” stars Dani and Dannah Lane may just be getting their start in Hollywood, but they are already learning the ropes, thanks to Kenan Thompson.

In an interview with TooFab, the young actresses opened up about working with Thompson, including what he’s taught them. In the NBC comedy, Dani, 10, and Dannah, 9, play Thompson’s daughters: Aubrey and Bridget.

“Kenan himself is great. He’s just a really sweet person overall. He always helps us with our lines. He’s just a great person,” Dannah said. 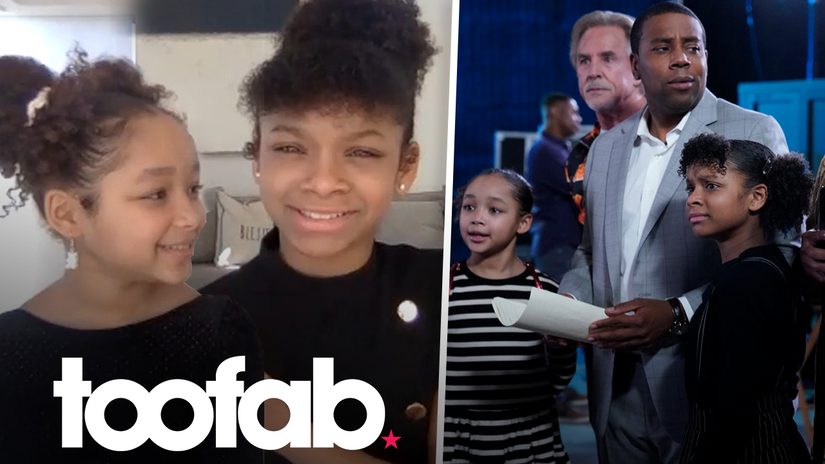 When asked what they’ve learned from their famous co-stars, Dannah said, “From Kenan, to just stay focused, always. [I’ve learned] from Chris to just stay in character and always know your character. And from Don, just to always be funny, remember it’s a comedy and just be yourself on the show.”

Dani added, “It’s really good just to be surrounded [by] professionals because we take some of the stuff they do and then we do it because when I grow up I want to be a professional.”

Dani and Dannah also said they have fun behind-the-scenes by filming TikTok dance videos with their castmembers.

“We always [are] dancing on set so why not go ahead and film it?” Dani explained, adding that Redd argues that he’s the best dancer.

“In his dreams,” Dannah said.

While speaking to TooFab, the girls also shared what they love most about working with each other.

“Sometimes when I mess up a line, I would be embarrassed,” Dani explained. “It’s like, ‘I should’ve known that,’ but [it’s okay], because this is my sister.”

“So if [Dannah] messes up, I’m gonna laugh at that because I have that privilege,” she quipped.

However, the two disagreed on who is better at memorizing lines.

“It’s me! Listen, I have a great memory and I always study,” Dani said, to which Dannah countered, “I always study, she never studies! I’m the best. I’m the absolute best.”

But there was no argument of who is more likely to break during a funny scene.

Check out the video above to see more from our interview with Dani and Dannah, including the story behind their viral “Call Jesus” video and which celebrities they would love to share the screen with someday.