Daniel Andrews likes to start a meeting how most of us finish one. When the Victorian Premier was running things, he would often walk into a room, take his place at the table and declare: “Here’s what we are going to do.”

That Victoria’s Premier hasn’t been running things for the past 16 weeks has given his colleagues a taste of another way of governing; a cabinet room where, instead of ministers being expected to eat a dish prepared earlier by Mr Andrews and his staff, their opinions are sought before it is cooked. 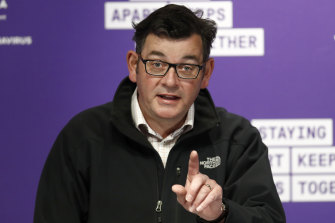 Mr Andrews’ time away from the relentless demands of state politics – an unplanned, extended absence to recover from a serious spinal injury – also gives him an opportunity to reset his leadership. His one-time mentor Steve Bracks says it is a great opportunity that few state premiers are given.

“It’s a positive thing that he has been able to have the break, even though it is an enforced one and not the circumstances you would want,” says Mr Bracks, a revered Labor leader who led his party to three election victories.

“It is almost like a mid-term proroguing of Parliament and starting a new program and I think Daniel will be in a really good position coming back. He is a reformist Premier and he will be coming back with further reforms. It’s a reset and a reinvigoration.” 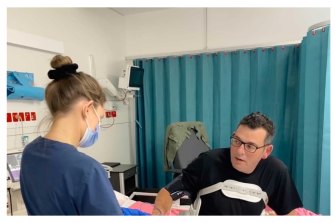 “No one knows in real terms the damage that Daniel has suffered and endured and the impact of that damage,” the Liberal elder says.

“I am quite sure that before this accident, Daniel would have retired from Parliament by now. There is no doubt that politically speaking, the longer he stays, the better it will be in terms of the outcome of the next election. He symbolises the suffering, the pain, the closures and the disruption.”

The latest Resolve polling survey done for The Age suggests Mr Andrews symbolises starkly different things to different voters. In contrast to the fortunes of other state governments that have enjoyed an increase in support since the start of the coronavirus pandemic, Labor’s primary vote has slipped since the last election. Mr Andrews’ personal popularity trails that of James Merlino, the acting Premier who, since March 9, has led Victoria into and out of a fourth COVID lockdown.

Where those who support Mr Andrews laud his leadership in a crisis, exceptional performance and competency and transparency, those who don’t describe him as a dishonest, incompetent leader who is destroying the state.

“The appalling performance of the Andrews government has decimated the state’s economy,” one respondent said. “It’s unforgivable.”

Mr Andrews is due to come back to work on Monday, the start of school holidays and, for the Victorian Parliament, the beginning of a six-week winter recess. Within cabinet and caucus, there are mixed views about his return. Those who work closely Mr Andrews describe a caustic, ruthlessly controlling personality far removed from his public persona. 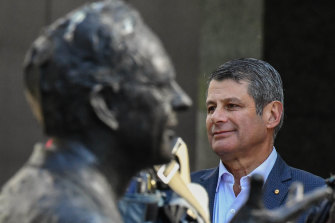 MPs who spoke to The Age on the basis of confidentiality acknowledge that Mr Andrews still offers the best chance for them to keep their jobs at next year’s election, but none of them miss the sharpness of his tongue or his highly centralised and unforgiving method of government.

Most have enjoyed a period of respite under Mr Merlino, who has brought greater calm and a touch of warmth to the cold, political calculations of the Andrews machine. A minister spoke of greater collegiality around the cabinet table.

“Dan has been so central to everything that happened in the government … James has a more cooperative approach and it has worked,” the minister said. “Some voices are being heard that weren’t in the past.”

Other MPs note that, since Mr Andrews’ accident, discipline has lapsed, particularly in how ministers attend to the needs of backbenchers.

Although Mr Merlino has been the stand-in face of the government, the power vacuum created by Mr Andrews’ absence has been filled by the Premier’s chief of staff Lissie Ratcliff.

One Labor insider said that until recent weeks, Mr Andrews was almost entirely offline. His chief of staff however, was ever present.

“Lissie was running the government for months,” the insider says. “She was effectively the premier. James made announcements and did press conferences but he wasn’t calling the shots.”

Whether Mr Andrews, at the age of 48 and in his 12th year as Labor leader, can change his approach to politics – or indeed whether he wants to – is unclear. He will have noted background comments praising Mr Merlino’s more open style and criticism of his own; he will also be reluctant to jettison methods that made him, at the start of this pandemic, the nation’s pre-eminent political figure.

A bigger question is whether the returning Premier will use his unique opportunity for political reset to refocus his government on matters beyond COVID-19. This is what backbench MPs seeking re-election in 17 months time and business owners desperate to trade out of our latest COVID-19 lockdown are hoping to see once Mr Andrews gets back behind his desk.

“The caucus represents sentiment in the community,” an MP said. “We are exhausted, we are sick of it dominating the daily conversation. People understand what the realities are but we can’t permanently be in crisis management. When the Premier comes back the great hope is that we are not back to North Face jackets and daily briefings.”

A Labor powerbroker says it will be difficult for Mr Andrews to abandon his “cult-like status” as a crisis-time premier, but he must. “Increasingly, Victorians won’t want to remember the Dan of 2020; this is about what he can offer now and into the future.”

Victorian Chamber of Commerce and Industry chief executive Paul Guerra, when asked what he would like to see from a government reset, offers a shopping list of requests. It includes an accelerated vaccination program and construction of purpose-built quarantine facilities, a more robust recovery plan for Melbourne’s COVID-stricken CBD and, unsurprisingly, a deferment of additional business taxes announced in last month’s state budget.

More broadly, business wants a fundamental shift in how the government responds to future outbreaks. As Sydney enters a limited lockdown and Victoria continues its painstaking emergence from our latest stay-at-home restrictions, Mr Guerra says they must be our last.

He argues that our capacity to respond to outbreaks without resorting to lockdown has significantly increased since the pandemic started, with the impact of masks, availability of vaccines, uptake of QR codes and improvements in contact tracing. What remains is for government to change its mindset.

“There has got to be a willingness to learn and an attitude shift; an ambition to stay open,” he says.

As an illustration of this, Mr Guerra wants Mr Andrews to commit to staging Victoria’s upcoming major events season – the AFL grand final, spring carnival racing, Formula One and motorcycle grand prix and next year’s Australian Open tennis – in front of crowds.

“With the right planning, we reckon there is an opportunity to pull it off which then signals back to Victorians ‘hey, we are coming back here’,” he says.

What does Mr Andrews want from his own return? Despite Mr Kennett predicting that Victoria will have a new premier before the next election in November 2022, Labor figures who have worked closely with Mr Andrews believe his personal legacy is looming large for the career political operative.

The last three months have shown that Labor’s political fortunes are not welded to the current Premier’s. Even MPs factionally opposed to Mr Merlino acknowledge the way he has led Victoria and the ALP. If nothing else, Labor MPs now know that someone else can do the job.

But if Mr Andrews leads Labor to another election victory and stays on for another year, he will replace the late John Cain Jnr as Victoria’s longest serving Labor premier. “Daniel wants to be known as the best premier the state has ever had,” a senior Labor figure says. “He will want to leave at a high point, which may now mean winning the next election. His story will be unassailable.”