It’s been no sleep till Brooklyn this month for busy filmmaker Darren Aronofsky.

The Oscar-nominated director — who just unveiled his latest film, “The Whale,” at the Venice Film Festival — shared his new children’s novel, “Monster Club,” with students at his former junior high in Coney Island on Thursday.

To welcome Aronofsky back to his alma mater, the talented kids of Mark Twain I.S. 239 adapted scenes from “Monster Club” into a stage performance. They also put on an art exhibition inspired by characters from the tome, and welcomed the director and his coauthor Ari Handel to the school with a student string quartet playing.

“Monster Club” follows a group of fictional students whose favorite role-playing game comes to life in Coney Island and its surroundings. 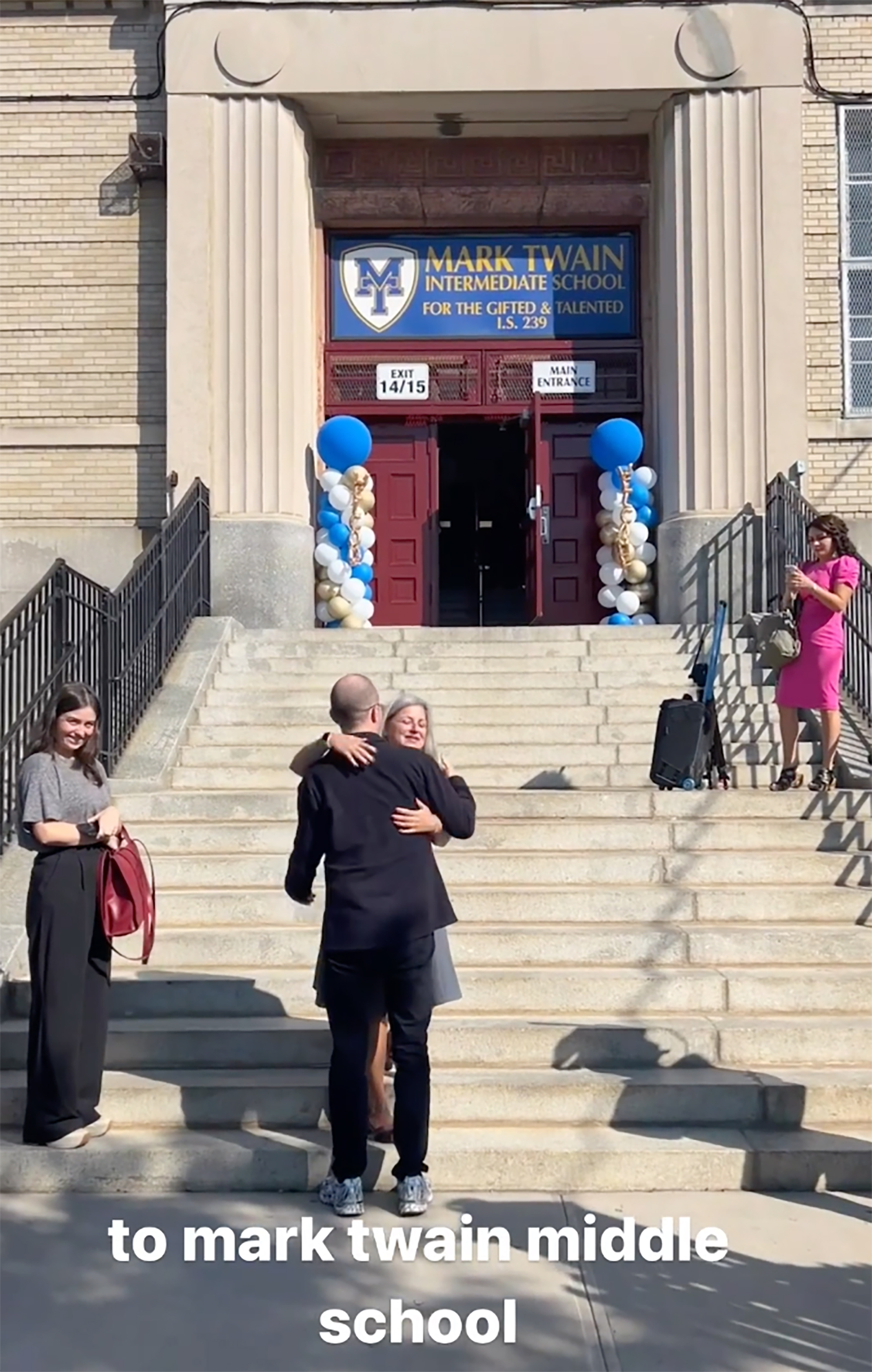 “I had such a great time when I was a student here at Mark Twain, that when I wrote ‘Monster Club,’ I wanted Mark Twain [school] to be a major character in it,” Aronofsky told a group of cheering 8th graders who enthusiastically packed the school’s auditorium.

“Mark Twain was a great place for me and such a great school… it’s been a few years since I’ve been here, I’m really glad to be back,” he said.

Aronofsky and Handel had first visited the school together six years ago when they were researching a movie version of “Monster Club.” But their screenplay ultimately turned into the book that’s out this week from HarperCollins. 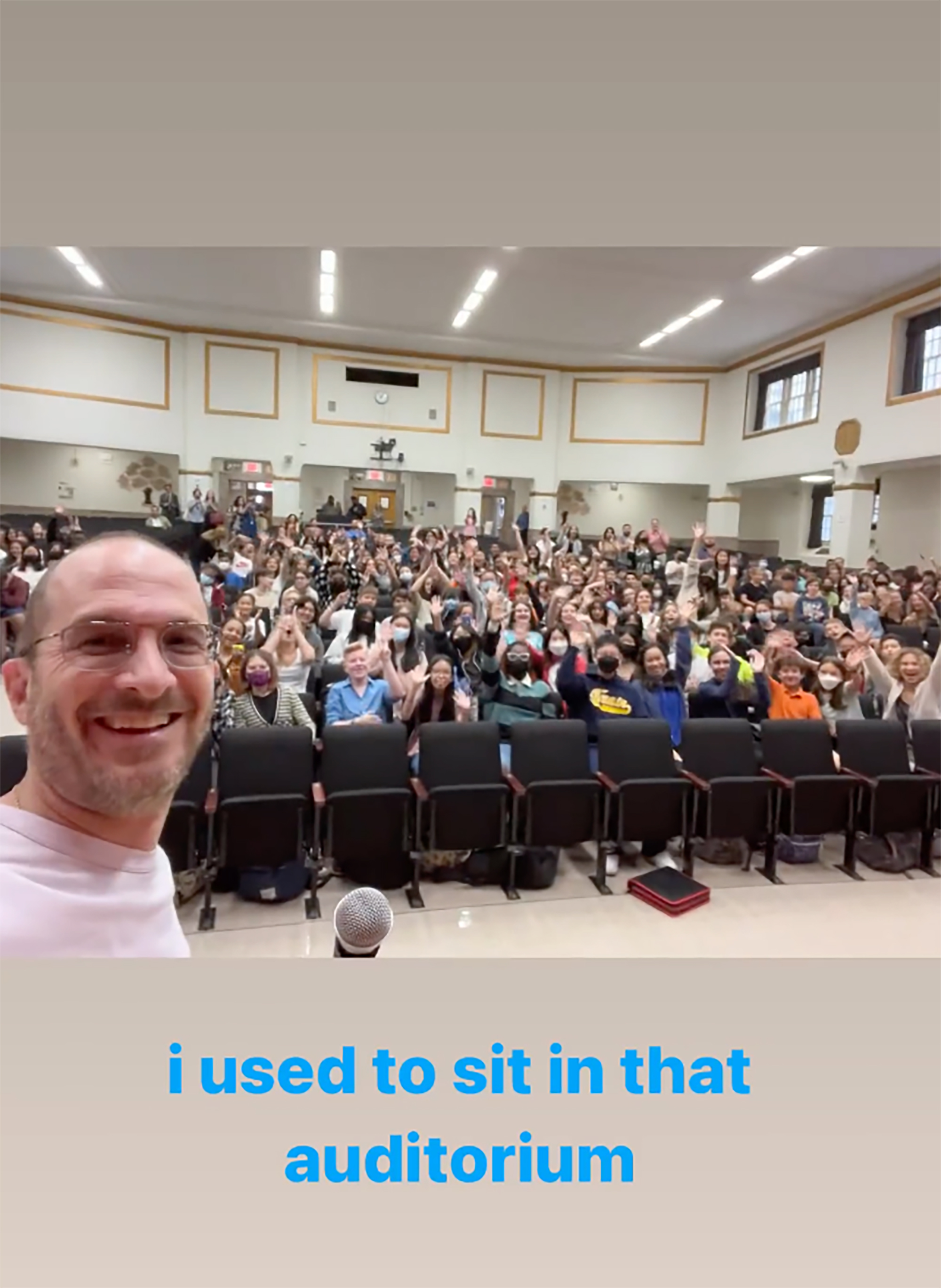 Aronofsky’s latest movie, “The Whale” received a lengthy standing ovation in Venice, and gave its star Brendan Fraser — who plays a 600-pound man in the film — buzz as an Oscar frontrunner, Variety reported.

Also at the starry screening were “Fleabag” creator Phoebe Waller-Bridge, comedian Nick Kroll and Huma Abedin, among others.

The Mark Twain kids did perhaps an even better job asking Aronofsky questions at their school Q&A than the Venice film fest press corps. 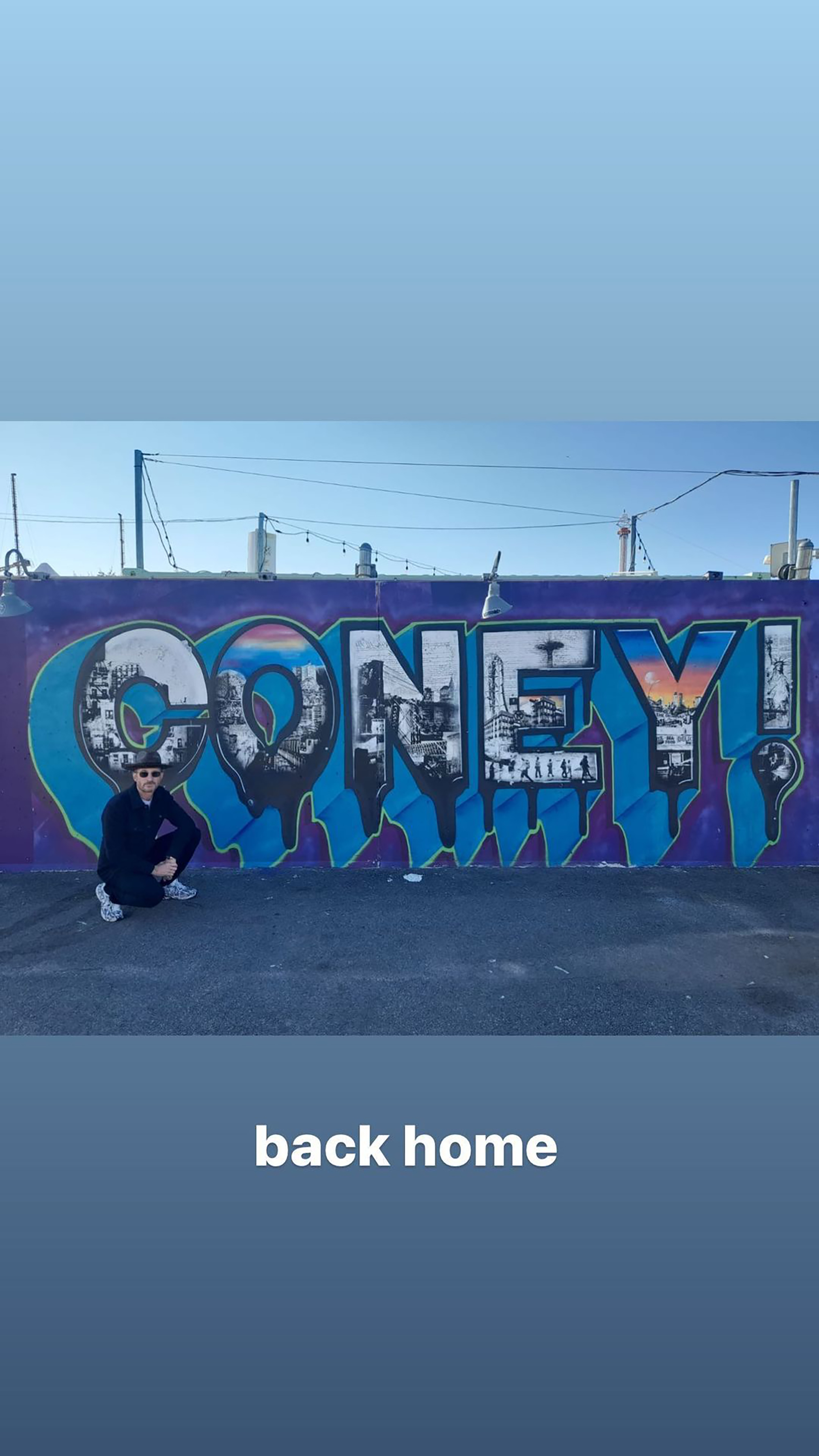 The director returned to Brooklyn after debuting his latest film in Venice, Italy. 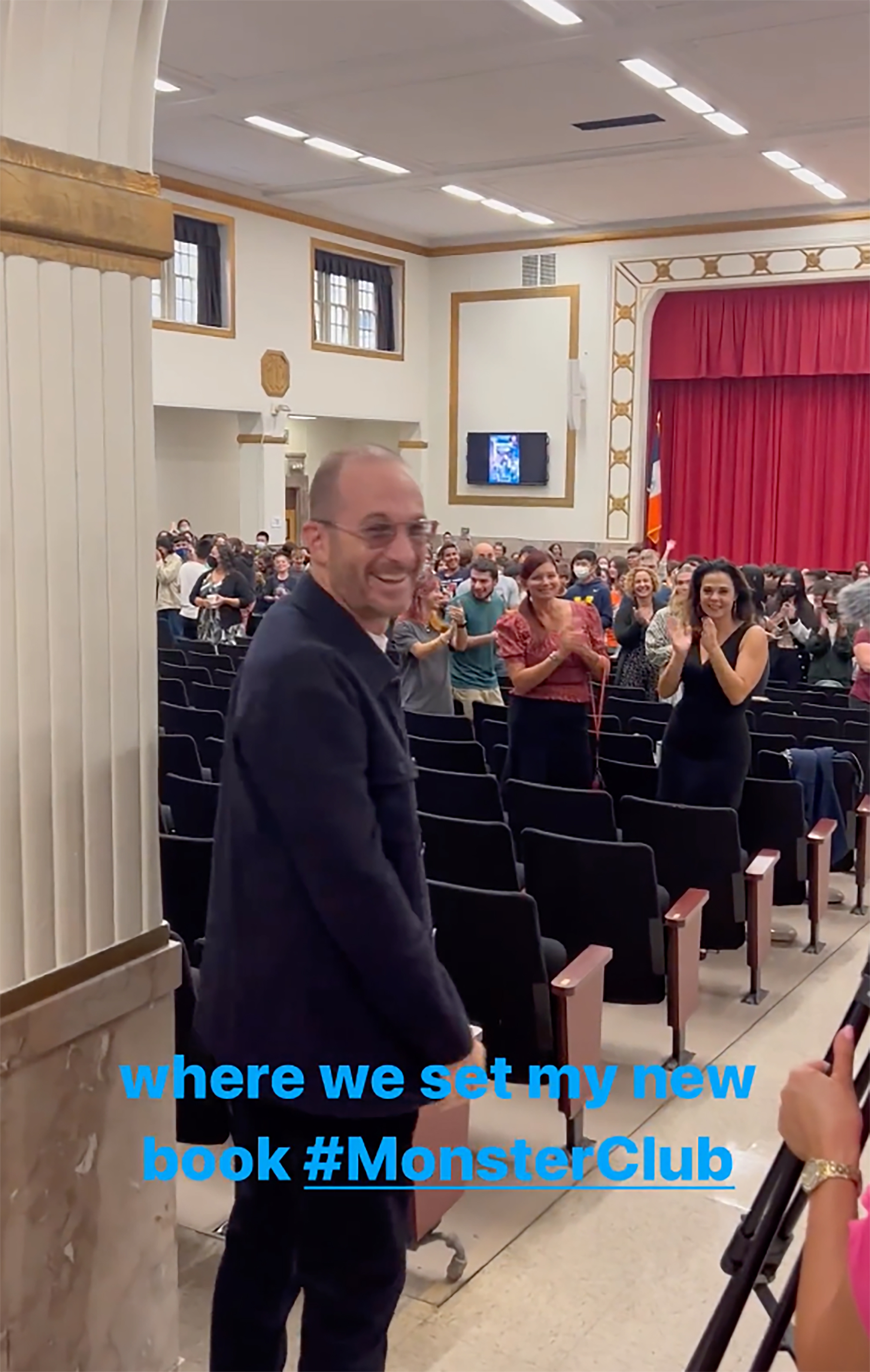 “The Whale” director set his new book, “Monster Club,” at his alma mater.