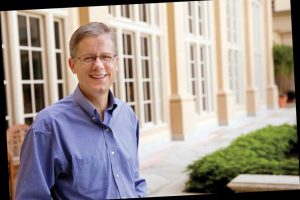 A professor at the University of North Carolina at Wilmington who was found dead ahead of his forced early retirement amid widely criticized tweets died by suicide, authorities said.

Mike Adams, 55, was determined to have died of a self-inflicted gunshot wound on July 23, the New Hanover County Sheriff’s Office said in a news release.

Deputies responded to a welfare check at his home just after 12 p.m., as Adams, a former criminology professor, had not been seen or heard from in several days, the release said.

When deputies arrived, they were initially unable to gain access to the home, as all the doors were locked. Once they did make their way inside, they found Adams dead in a bedroom.

No one else was present in the home, and foul play is not suspected, the release said.

Adams’ death came one week before he was set to retire from UNCW due to the "public attention" generated by his tweets in late May. He was to leave the school with a $504,702 settlement for lost salary and lost retirement benefits.

“This evening I ate pizza and drank beer with six guys at a six seat table top. I almost felt like a free man who was not living in the slave state of North Carolina. Massa Cooper, let my people go!” Adams wrote on May 29, during the state's phase two of reopening in the coronavirus pandemic and following police brutality protests sparked by George Floyd's death in Minneapolis police custody.

The day before, Adams also tweeted: “Don’t shut down the universities. Shut down the non essential majors. Like Women’s Studies,” and, “Roy Cooper just said that we need more pole workers. By that, he meant strippers.”

Sartarelli said in a statement that attempting to fire the tenured Adams would likely be “very costly,” just like a similar First Amendment retaliation lawsuit Adams filed – and won – 2014. That suit cost the school about $700,000, and Sartarelli said a similar suit could cost even more.

“This approach allows us to resolve the situation quickly, with certainty, and in the most fiscally responsible way,” the chancellor wrote of reaching a settlement. “This is the best option for our university and our community.”

The university confirmed the death of Adams on Thursday, writing in a statement: “Please keep his friends and loved ones in your thoughts.”