Food guru Ella Mills has opened up about the grief of losing her mother-in-law Dame Tessa Jowell to a cancerous brain tumour earlier this year in a poignant interview.

The food-blogging powerhouse, who is married to Matthew Mills, the son of the late politician, has previously spoken about her mother-in-law’s amazingly positive attitude in the face of her illness.

But speaking to Exquisite about her loss, the Londoner admitted the heartbreaking day Dame Tessa, 70, died in May was the toughest part of 2018.

‘My husband was so close to her and the heartbreak has been incredibly painful for the whole family,’ the blogger explained.

‘She inspired us beyond belief. She truly was the most remarkable woman and I feel incredibly lucky to be part of such a special family. 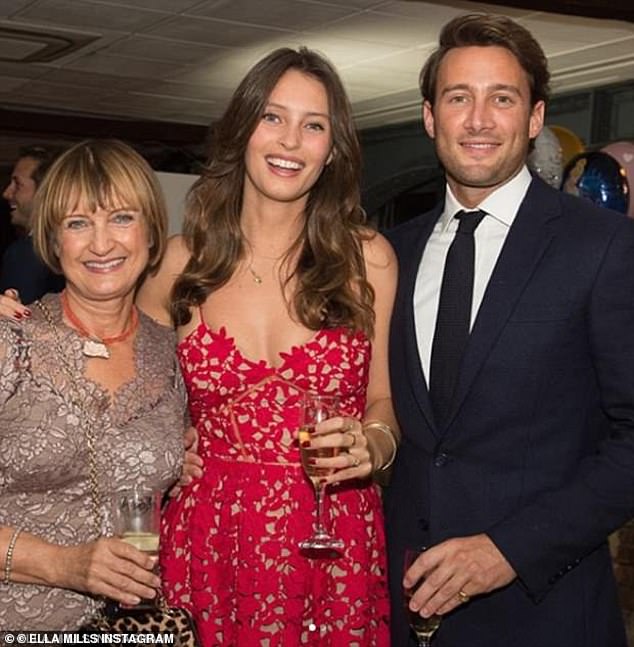 Taking to Instagram following her mother-in-law’s death, Ella describes Dame Tessa Jowell as ‘extraordinary’ and said she has ‘never seen love like I have since becoming part of this family’

Ella Mills, also known as Deliciously Ella, has released a best-selling vegan cookbook and has over 1.4 million Instagram followers 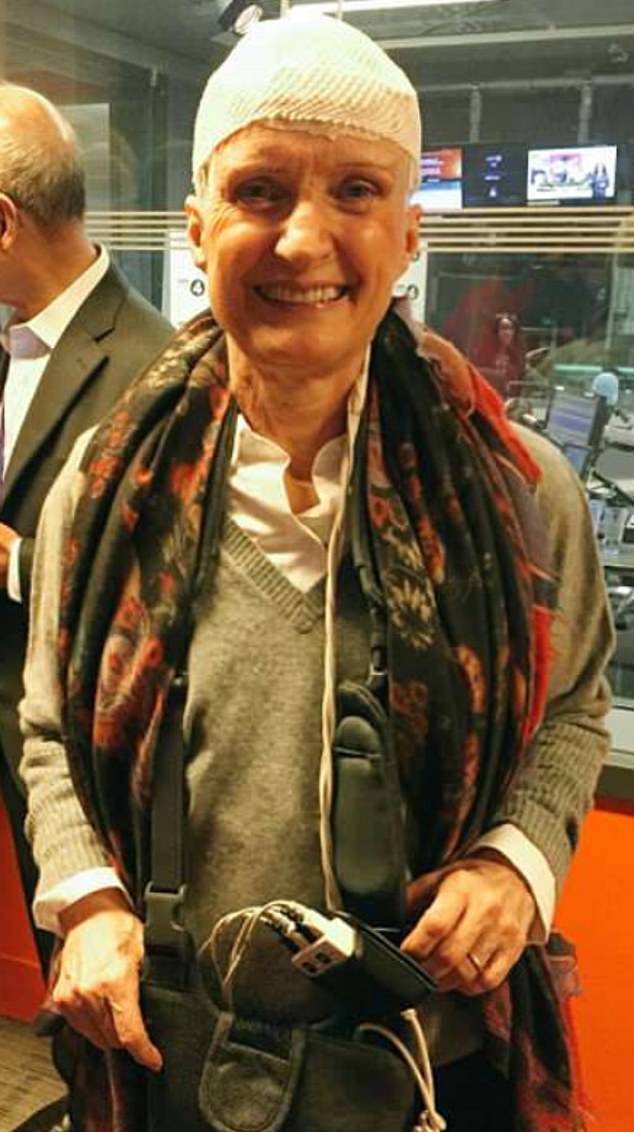 The late Dame Tessa Jowell tragically died in May following a heartbreaking battle with a cancerous brain tumour. Ella described that period as ‘incredibly painful’

‘I learnt so much, but first and foremost it was the importance of gratitude, optimism and kindness no matter what the situation.’

Dame Tessa, who played a major role in securing the 2012 Olympics for London when she served as culture secretary, was diagnosed with a glioblastoma multiforme brain tumour in May 2017, suffered a haemorrhage and was in a coma until her death.

Deliciously Ella, has released a best-selling vegan cookbook, gained 1.4 million Instagram followers and opened her own deli in Mayfair, London, her personal life  has also thrived.

While she never believed in love at first sight or even marriage, meeting Tessa”s son Matthew quickly changed that. 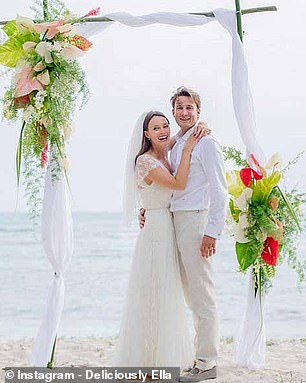 Deliciously Ella and Matthew tied the knot in a low-key beachside ceremony in Mustique back in 2016. She described the occasion as the ‘best day ever!’

The couple moved in together in London just a week after their first date and shortly after bought a dog, their beloved Cocker Spaniel, Austin.

While even the happiest of couples would see working together day in and day out as the stuff of nightmares, the loved-up pair quickly became business partners.

With their skill sets based in different business areas, they became the dream team.

Matthew looked after the finances and started overseeing business developments, while Ella stuck to what she knew best – taking care of all things creative.

And if the relationship wasn’t going speedily enough, after their whirlwind four-month romance, the couple then got engaged.

‘We were married about a year after the day we met,’ Ella told Exquisite.

‘Lots of people thought it was mad and I can see why, from the outside it does seem a little impulsive, but we both just knew that it was 100 per cent the right decision and it was undoubtedly the best decision I’ve ever made.

‘Of course we disagree from time to time, but ultimately we work in a way that focuses on always respecting the other one.’ 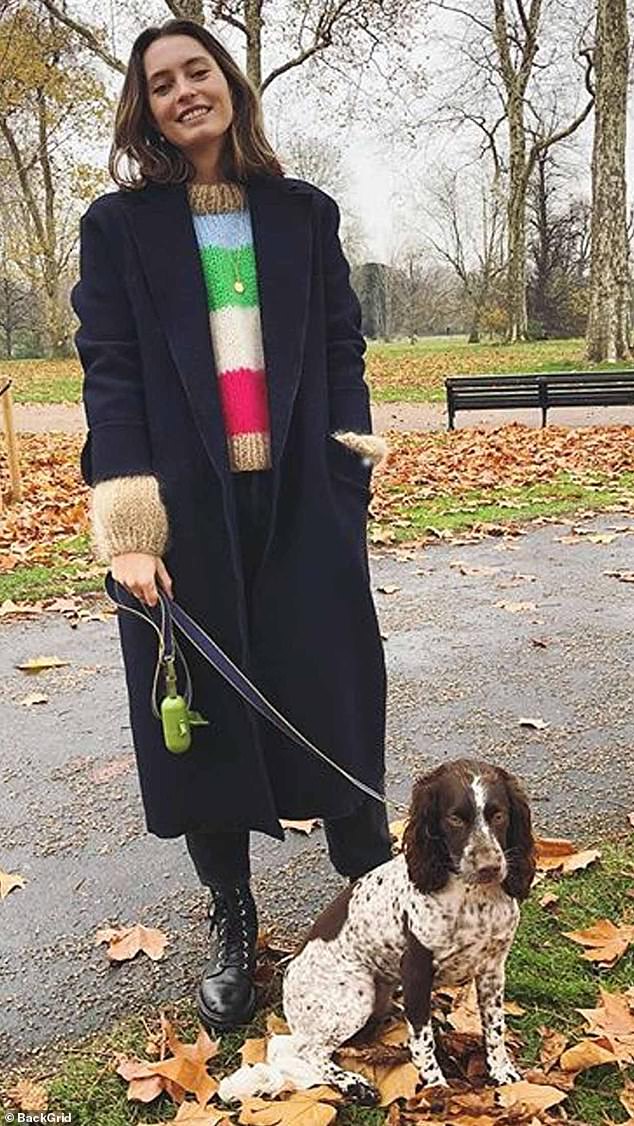 Whirlwind romance: Ella and Matthew moved in together just a week after their first date and it wasn’t long before the bought their beloved Cocker Spaniel, Austin

Dame Tessa was diagnosed with a glioblastoma multiforme brain tumour last May, suffered a haemorrhage and was in a coma until her death

Taking to Instagram in May this year to share her devastation following the death of Matt’s mum, who she described as ‘extraordinary,’ Ella revealed how she died surrounded by her family.

‘She was lying in Matt, his sister Jess, and their Dad’s arms, as they told her she would live forever in the centre of their souls.

I’ve never seen love like I have since becoming part of his family.’ 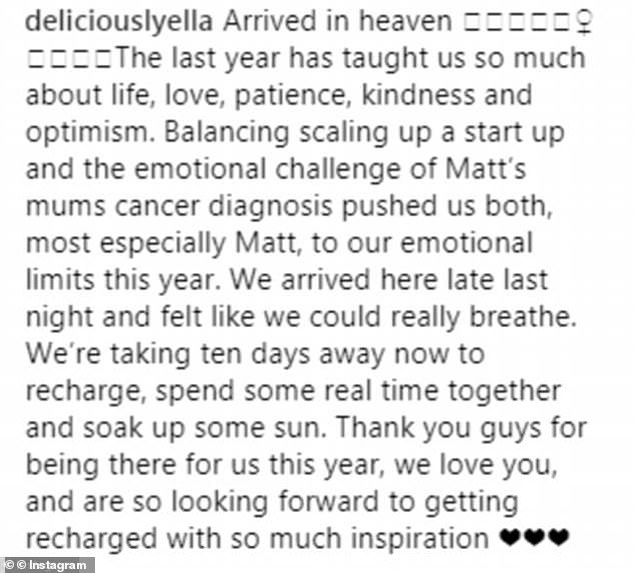 The food guru describes the loss of her late mother-in-law as the hardest part of her year. She said: ‘the heartbreak has been incredibly painful for the whole family’

Among those to pay tribute following Dame Tessa’s death was former Prime Minister Tony Blair, who described her as ‘the most wise of counsellors, the most loyal and supportive of colleagues, and the best of friends’.

He added: ‘There was no-one like Tessa and no-one better. I will miss her more than I can say.

My thoughts and prayers, and those of Cherie and all the family, are with David and her wonderful family of whom she was justly very proud.’