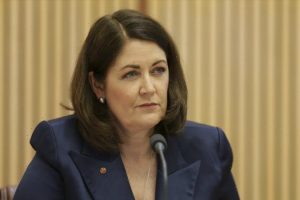 The Energy Department will review if Liberal members of Parliament breached rules by publishing government advertisements from a $13 million publicly funded campaign about climate action on their private social media accounts.

Energy Department officials told a Senate estimates hearing on Monday they would determine whether Liberal MPs had breached any rules and would report on how many had done so. 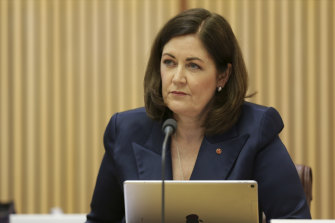 Senator Sarah Henderson’s social media post will be probed by the Energy Department to see if it breached any rules around government advertising campaigns.Credit:Alex Ellinghausen

Government information campaigns must not promote political parties and politicians cannot use publicly funded advertising to “influence public support for a political party, a candidate for election, a minister or a member of Parliament”, according to the guidelines.

It kicked off on television and social media in September and precedes the government’s new policy to achieve net zero emissions by 2050, which it has promised to release ahead of the United Nations climate summit next week.

One incident raised during questioning by Labor and Greens senators was of a social media post by Liberal senator Sarah Henderson that had a “similar message and colour palette” as the taxpayer-funded campaign on her personal account. The Department said it would look into it.

Last week the Senate passed an order for the government to release its modelling of economic impacts from committing to a plan reach net zero by 2050, which was presented to the Nationals room last Sunday before the party endorsed the policy.

However, the Department claimed immunity from answering Mr Canavan and Labor and the Greens’ questions about the modelling and other elements of the government’s climate policies.

Secretary David Fredericks said he could not discuss the policies because the answers reveal confidential cabinet discussions.

Liberal ACT senator Zed Seselja represented Energy and Emissions Reduction Minister Angus Taylor at the hearings. He said the policies would be announced before the Glasgow summit “as we have committed to … so the entire world can know what our policies are”.

Labor’s climate change and energy spokesman Chris Bowen, speaking outside the hearing, said it was an “extraordinary action” by the government to withhold release of the modelling.

“This mob who campaigned day after day at the last election, about the cost of climate action, now saying the Australian people do not have a right to see their modelling. It is an outrage,” Mr Bowen said.