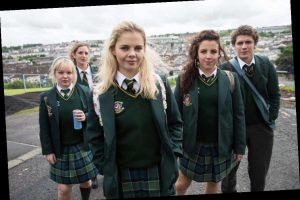 Netflix has had to take down Season 2 of hit British comedy Derry Girls in the UK just days after uploading the show following a mix-up over rights.

After tweeting last week that Derry Girls was ready to stream, Netflix today backtracked: “UPDATE: it looks like we were a bit early with this one so have had to take season two down for now. We’ll let you know when it’s coming back as soon as we can. In the meantime, it’s available now on All 4.”

Netflix had to remove the second series of the Hat Trick Productions show after it was informed that it does not have the rights until Season 3 has broadcast on Channel 4. The third season was due to go into production this summer, but was derailed by the coronavirus pandemic, meaning its premiere date is uncertain.

As a result of the unusual snafu, Netflix directed its UK users to watch on Channel 4’s streaming service All 4. Netflix users outside of the UK will still be able to view the series, which follows the antics of a group of Northern Irish school friends during the troubles in Derry.