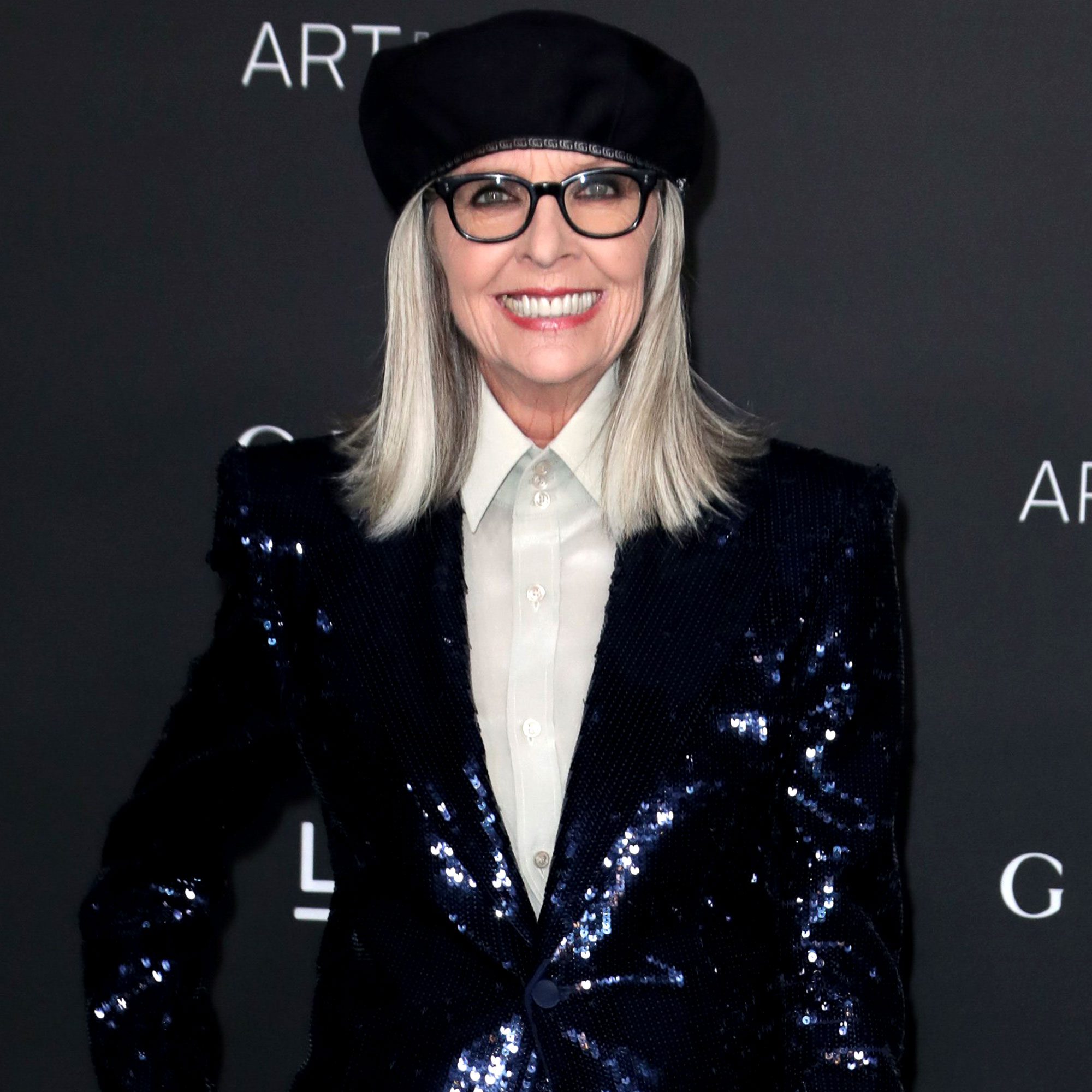 “I got to do some physical things, which I loved, and it made me want to do more physical things in movies instead of just not use your body,” the 76-year-old exclusively told Us Weekly earlier this month. “I mean, really. I haven’t had a chance to do that for a long time. I want to do more of that in something. Hopefully something like that would come along.”

The Godfather actress plays Rita in the new comedy, which centers on a 30-year-old writer (You’s Elizabeth Lail) who wakes up transformed into her 70-year-old self (Keaton) during a Palm Springs weekend bash with her friends. Rita (who is really Mack) is unapologetically herself with her interests, vibrant style and, well, when a Pilates class goes terribly wrong.

“I’ve never done anything so stupid!” Keaton said, laughing. “It fits my personality. You can be a dingbat. That’s what I feel the best. That’s why I want to have another movie where I get to do more of that. That’s probably not gonna happen.”

‘Father of the Bride’ Cast: Where Are They Now?

“I think that she’s exactly like she is,” she added of Rita. “She’s not so sure of herself really, basically, but also very energized by her life, and just the newness of what was going on with her life and how it’s changed. For me, it was just really fun [to work with] all the women.” 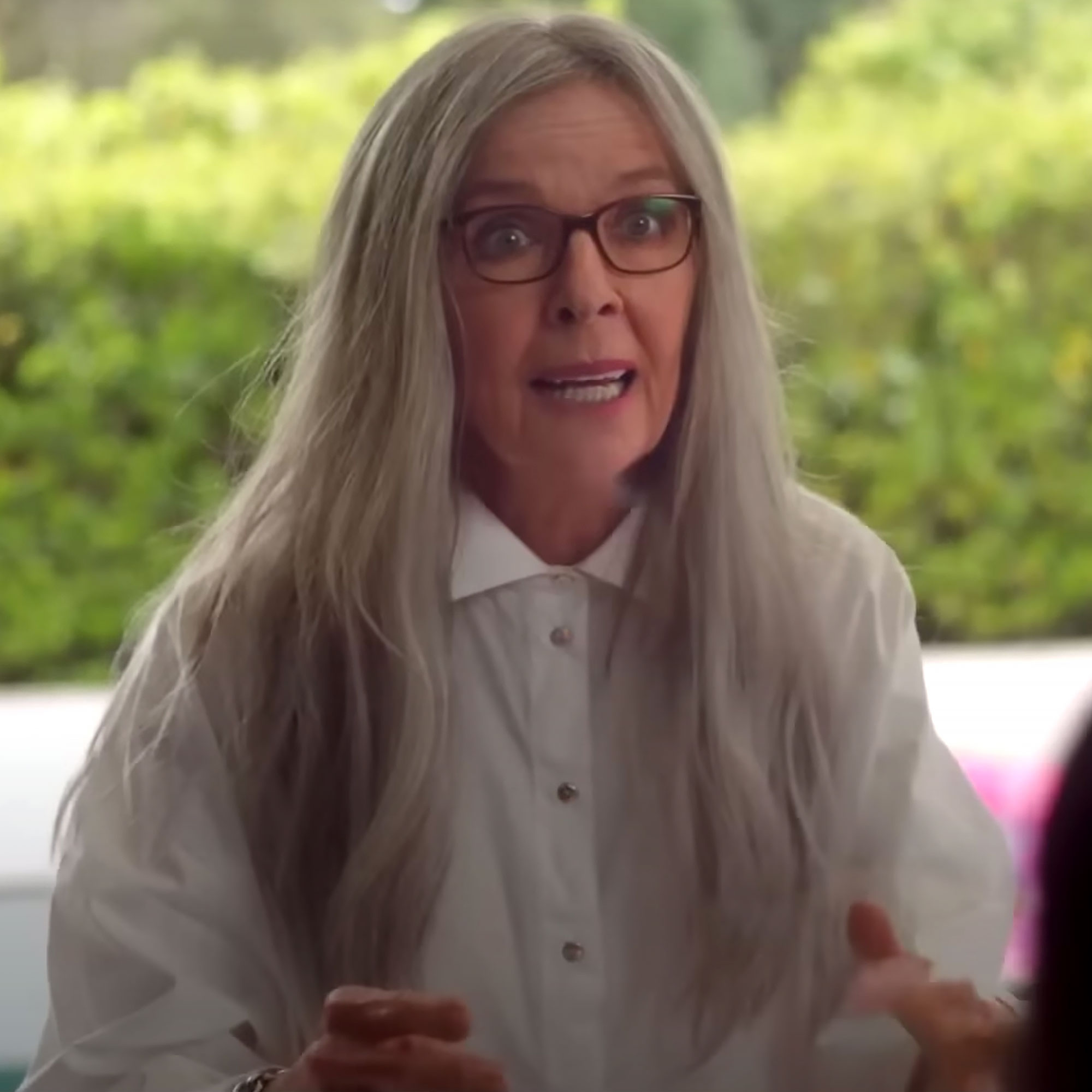 The Katie Aselton-directed movie has the tagline of “Old Soul. New Age.” And for Keaton, she’s “really glad” that she’s “no longer 30.”

“It was more complicated to me. I mean, it was fine, and I had an interesting life at 30, for sure. But, I don’t know. I think this is better. I just think this time in my life is a better time in my life. I feel more relaxed about who I am. It’s not as tense or worrisome,” the Family Stone star explained to Us. “‘Am I gonna be OK at 30? Will I be able to continue working?’ … I worked and it was OK. This time in my life is really in terms of jobs and working on certain kinds of films.”

Stars Reveal What They Took From Movie Sets

Keaton also stars alongside Taylour Paige and Dustin Milligan in the comedy, with the Schitt’s Creek alum, 37, playing her love interest. 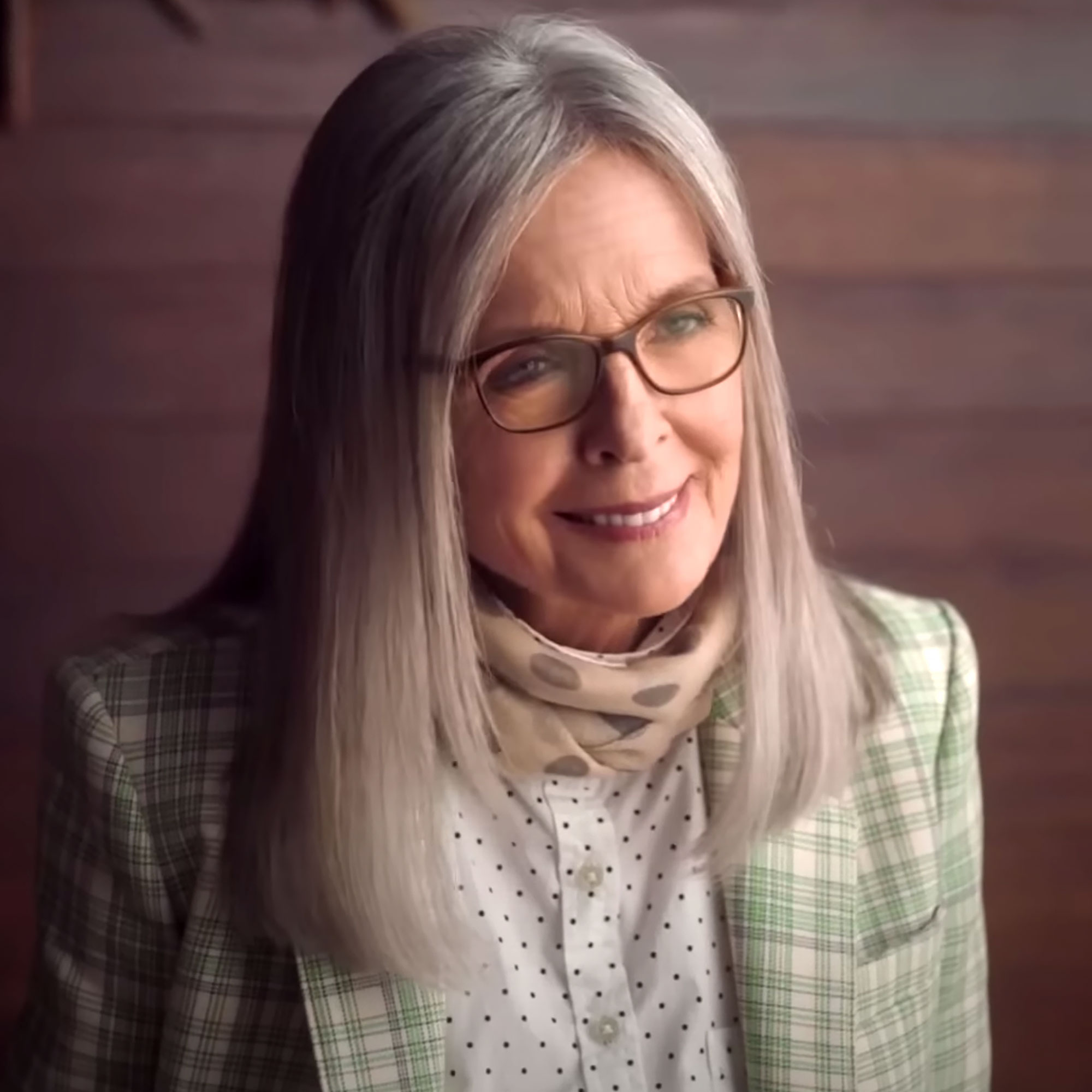 If audiences listen closely, they can also spot a voice cameo by her Father of the Bride costar Martin Short. She quipped: “He can do any voice you can imagine or want!”

Everything ‘Schitt’s Creek’ Cast Has Said About a Possible Movie

Keaton isn’t slowing down any time soon. She’ll next be seen in the sequel Book Club 2: The Next Chapter and was honored with a Hand & Footprint Ceremony at Hollywood’s TCL Chinese Theatre on Thursday. August 11. And after decades of being on set, she has a specific outlook when it comes to any possible deal breakers.

“Here’s what I think about that. I think you’ve been given this part and so you can do what you can do, but you also have to take into consideration, of course, that there’s a director and there’s a producer and there’s money, you know? I just feel like when I have opportunities to be dingbat, it’s really fun for me,” the director and producer told Us. “And they can tell me to change it. Fine, you know, we’ll change it. But just let me do some of that too. Especially in a comedy, like the one that I did. I had a lot of fun.”